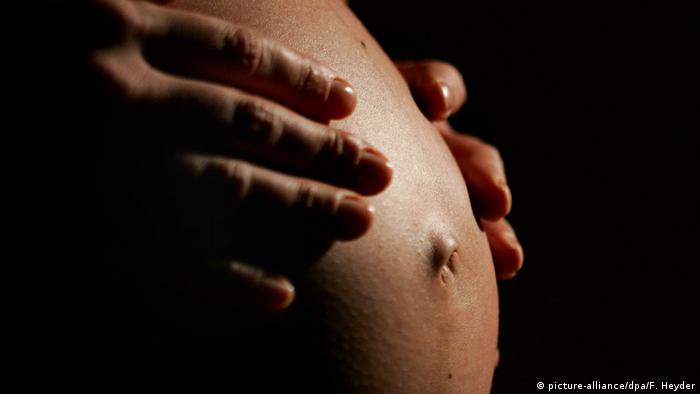 Ukraine is one of the world's leading countries when it comes to maternal surrogacy, but the lack of legal regulation surrounding the process can increase the risk of crimes such as human trafficking.

That's according to the Ukrainian prosecutor general, Yuri Lutsenko, who last month highlighted a case involving in-vitro fertilization (IVF) at BioTexCom, a clinic in the capital, Kyiv. In 2011, an Italian couple signed a surrogacy contract with a Ukrainian surrogate mother. After the birth of a baby boy, the couple took the newborn back to Italy. Once home, however, they were not recognized as the child's parents. A DNA test, which is mandatory in Italy, did not confirm that the man was the boy's genetic father. In the end, the child was adopted by another family in Italy.

The owner of BioTexCom, Albert Tochilovsky, confirmed to DW that the genetic material of the man and the child did not match. "Either the embryos were swapped in the test tube or the catheters were swapped during the procedure," said Tochilovsky, explaining that the risk of human error in such procedures can never be completely ruled out.

Read more: 5 facts about IVF parenting in Europe - what you need to know

In July, Tochilovsky and the head physician of the clinic were charged with human trafficking, document forgery and tax evasion in Ukraine. If convicted, they could face up to 15 years in prison. But Tochilovsky, who is under house arrest, believes that the clinic should only be liable for violating the regulations surrounding IVF, as set out by the Ukrainian Ministry of Health, "but for which only administrative penalties would apply," he said.

Valery Sukin, vice president of the Ukrainian Association for Reproductive Medicine (UARM), claims the prosecutor general's charges are unfounded and only serve to damage the reputation of reproductive medicine in the country. 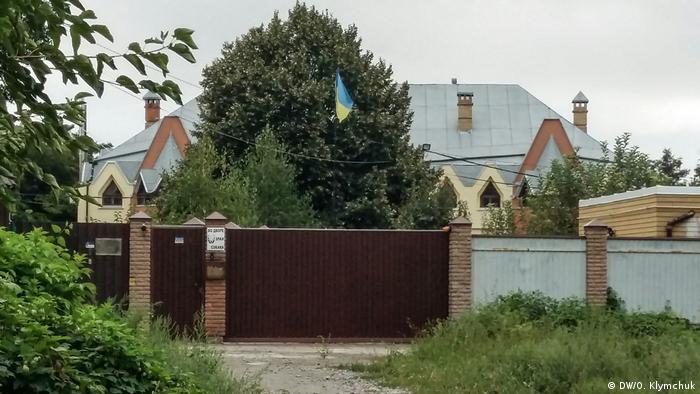 "The accusations are yet to be proven in court," he said. Some 54,000 children were born in Ukraine with the help of IVF procedures over the past 18 years, according to Sukin, and in 2016 and 2017 there were 20,000 such cases in the country. "Of these, only 380 cases, so less than 2 percent, were as a result of surrogate motherhood," he said.

According to attorney Elena Babich, however, these figures do not give a complete picture. "A surrogate pregnancy may well begin, but it does not necessarily always end in a baby being born," she explained. "The statistics on surrogacy include these instances, but ultimately no child leaves Ukraine in these cases."

Ukrainians also use the services of surrogate mothers, but there is only one statistic for citizens and foreigners alike. "Nobody in Ukraine collects separate data on foreigners," said Babich, who believes claims that Ukraine is a global mecca for surrogacy therefore lack merit.

No laws, only regulations

There are almost 50 IVF clinics in Ukraine, according to the UARM's Sukin. The medical procedures carried out in these clinics are not guided by law, however, but through administrative regulations. What's more, the reproductive facilities are not monitored to make sure they adhere to those regulations. 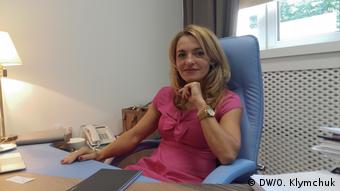 Babich argues that surrogacy procedures are not adequately covered by Ukrainian law. The rights and duties of surrogate mothers and genetic parents, for example, are not stipulated by legislation, and there is no protection against breaches of the surrogacy contract, she said. Nor are there any laws to ensure the surrogate mother's compensation, Babich added.

In the wake of the BioTexCom case, five bills on reproductive medicine have been submitted to the Ukrainian Parliament, but none of them call for a mandatory DNA test of the genetic relationship between the would-be parents and a baby that has been gestated by a surrogate mother.

For Babich, this means that in countries where the proof of biological connection is mandatory, courts may not recognize parenthood of a child born to a surrogate mother in Ukraine.

According to reports from Spain's RTVE broadcaster, at least 20 Spanish families with newborns born in Ukraine via surrogate procedures have found themselves stuck in legal limbo. The Spanish consulate in Ukraine will not register the babies as Spanish citizens, invoking new European Union laws on personal data, which means that they are not allowed to enter Spain.

Read more: No help for the infertile in Africa

A baby's relationship with its parents has long been confirmed in Spain through DNA testing. Samples would be taken from the child and father in Ukraine, for example, then tested and sent to Spain for verification. According to the Spanish Foreign Ministry, however, new laws advise EU citizens against DNA testing outside the bloc. As a result, DNA tests from Ukraine are no longer recognized by Spain. Spanish families stranded in Ukraine by this legal red tape have complained that citizens of other EU countries do not encounter these problems.

It's a job you can't quit: Carrying a child for other people. With the war raging in Ukraine, the country's large surrogacy industry has unraveled, leaving both surrogate mothers and intended parents in limbo.

Surrogate motherhood is illegal in Germany. Thus, it’s not an option open to couples unable to have children of their own. So, some 15,000 German couples go abroad every year, where the laws are different.