No help for the infertile in Africa 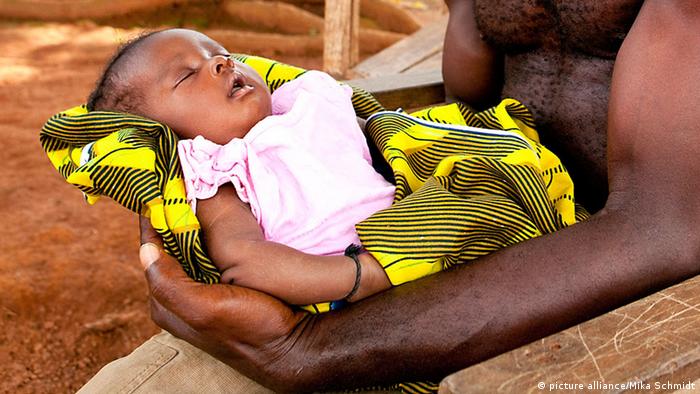 33-year-old Goana Dintwe from Botswana has endured the stigma in a country where infertility is always blamed on women. "There are so many harsh names that people like me are called because we cannot conceive," she said. "We are called less than a woman. We are called barren." Apart from her painful longing for a child, Dintwe's infertility has also strained her marriage.

Infertility is on the rise in Africa. It is almost twice as high on the continent as in affluent industrial countries. In addition to the personal grief and suffering it causes, infertility can create broader problems, particularly for the woman, in terms of stigma, economic hardship and social isolation. But not many couples can afford expensive assisted reproductive techniques like in vitro fertilization (IVF).

Dintwe was diagnosed with endometriosis, a condition that affects a woman's reproductive organs and can lead to infertility. She went through costly surgeries for which she already paid $19,000. "It is really taxing because I don't have anything to my name now. Most of my funds are for treating my infertility, hoping that I can also be a mother," Dintwe said. 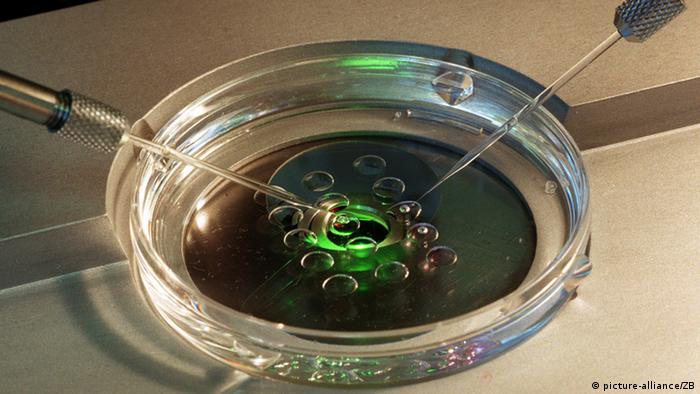 Few in Africa have access to In vitro fertilisation

Linda Haiduwa is a health worker from Namibia. She is one of the advocates for universal access to assisted reproductive treatment. She has seen both women and men suffer from infertility. "The treatment is very expensive. Specialists are rare in my country. We import most of them from South Africa," Haiduwa said.

A need for more services

Haiduwa says that patients that can afford to, fly to South Africa for treatment. Those who cannot are forced to live with the condition for the rest of their lives.

While assisted reproductive technology (ART), commonly referred to as IVF, revolutionized treatment of infertility from the late seventies, in Africa the services are limited to a few countries like Ghana, Nigeria, South Africa and Kenya. The continent lacks specialists like embryologists, who know how to extract eggs and fertilize them outside the womb.

It has been estimated that for a population to have adequate IVF services, there should be about 1,500 IVF cycles to one million people. An IVF cycle typically consists of four steps: ovarian stimulation, egg collection, insemination and finally embryo transfer. Africa needs about 1.5 million cycles to meet its current population demand for such services. It is nowhere near reaching that goal.

Africa's population is estimated to be about one billion. Wanjiru Ndengwa, an obstetrician and fertility specialist from Kenya, says that contrary to the West, where there is a decline in population and governments are thus willing to pay for up to six IVF cycles per patient, there is no incentive to invest in Africa, where the population is on the rise. 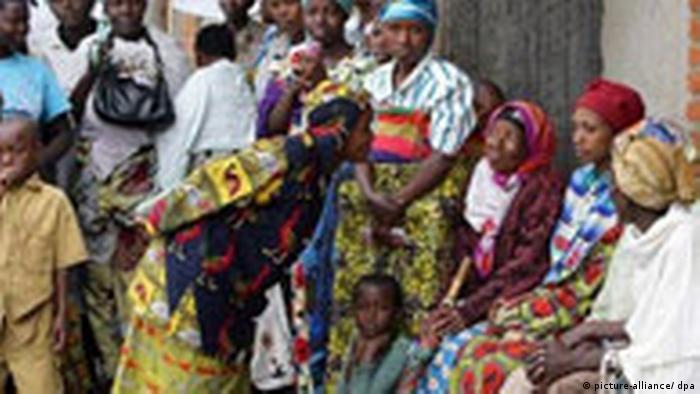 The right to have child

At one particular conference , where she was the only African woman in attendance, Ndengwa was shocked to hear how some perceive Africa when it comes to infertility. Many believe the continent to be overpopulated and question the need for infertilty treatment. "At the end of the day we are people," she told DW.

The UN Population Fund recognizes reproductive health, including having a baby, as a human right. Academic Oladapo Ashiru from Lagos, Nigeria, is the president of the African Fertility Society (AFS). He said it is high time that African governments ensured that their people enjoy that right too.

"You may have a family that has four or five children. But there is a family that has none. It is recognition of the fact that this disadvantage has caused many people to be depressed, to have a very bad life and up to suicide." Ashiru said. "Anyone who wants to have a baby must be he assisted. And the various countries of Africa must put in place infrastructures to allow people to have babies."

The best personal choices to reduce our individual contribution to climate change are living car free - and having fewer children, a recent study shows. But is it a realistic solution to have no children at all? (14.07.2017)

Meetings like the Rebranding Africa Forum bring together some of Africa's most vibrant and innovative young minds to discuss future challenges facing the continent. But when does the talking stop and the action begin? (22.10.2017)