Shopping chain Galeria Karstadt Kaufhof to close up to 80 stores

The department store chain Galeria Karstadt Kaufhof is set to close almost half its branches. The company was hard-hit by coronavirus, with many outlets forced to stay closed even as the lockdown was lifted. 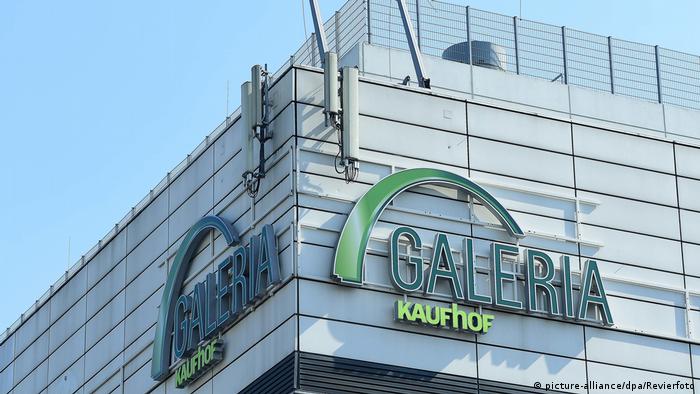 German department store Galeria Karstadt Kaufhof is set to close up to 80 of its 170 branches due to the ensuing crisis caused by the coronavirus outbreak, German media reported on Friday.

Headquartered in Cologne, the chain has made the move after drastic sales losses, and it is part of an overall restructuring of the firm, according to Der Spiegel and weekly business magazine Wirtschaftswoche.

It is believed the closures of the branches will result in the loss of up to 5,000 jobs for full-time members of staff.

The move has been heavily criticised by the General Works Council, calling the restructuring plans an "attack on all employees."

On April 1, the group was granted protection against creditors and part of that procedure meant the organization had to submit a restructuring plan before the end of June. As a result, a letter is to be sent to employees, according to German media.

'Tougher than we all want'

Frank Kebekus, who was appointed by the court to manage the group during the insolvency procedure, wrote: "This cost-cutting operation will be a lot tougher than we all would want. Unfortunately there will be branch closures and, as a result, job losses."

In the two-page letter, it was highlighted that Karstadt Kaufhof had lost more than €500 million ($540 million) in sales, a figure that is expected to end up being nearer €1 billion because of the coronavirus crisis, rendering restructuring inevitable.

The department store chain has been particularly hurt by the recent crisis due to the size of its branches. Under last month’s relaxation of lockdown measures in Germany, stores with a shop floor of up to 800 square meters (8,610 square feet) have been able to reopen, but given that Karstadt Kaufhof's outlets exceed this measurement, the already ailing business felt it had little option but to implement cuts.