Nigeria's waters have become a dumping ground for shipwrecks and the people living on the coastline say the unserviceable vessels abandoned by local and international shipping companies are making their lives hard. 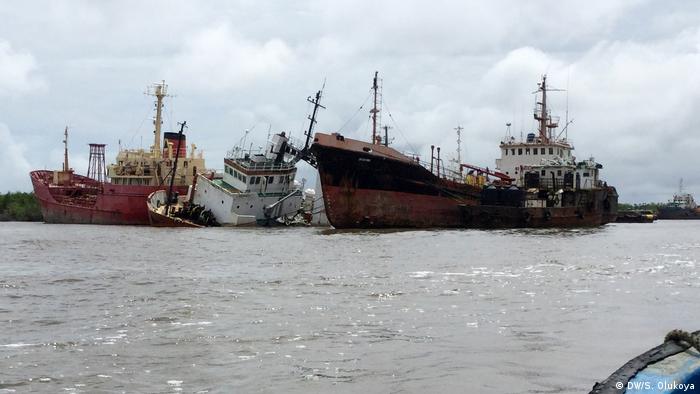 The main port of Lagos and Port Harcourt in the Niger Delta see the highest concentration of shipping traffic to Nigeria.

Abandoned cargo ships and fishing boats also float freely or lay submerged on parts of the coastline. Environmental groups say their numbers run into the thousands in Nigeria's territorial waters.

A quick boat ride into the Atlantic Ocean from Irede, on the outskirts of the city of Lagos, reveals the extent of the problem. Abandoned vessels dot the ocean, some visible only as chunks of rusty metal protruding from the water.

"They constitute a lot of problems to us, they affect navigation in the water because of most the time some are large chunks of metal or rusty metal that was moved here from another place,” said Irede Chief Raymond Gold.

"The small boats that the residents use could just run into them and it could cause a lot of damage and threats to human life. We have had fishermen come to complain that the shipwrecks are making it difficult for them to fish in the waters.” 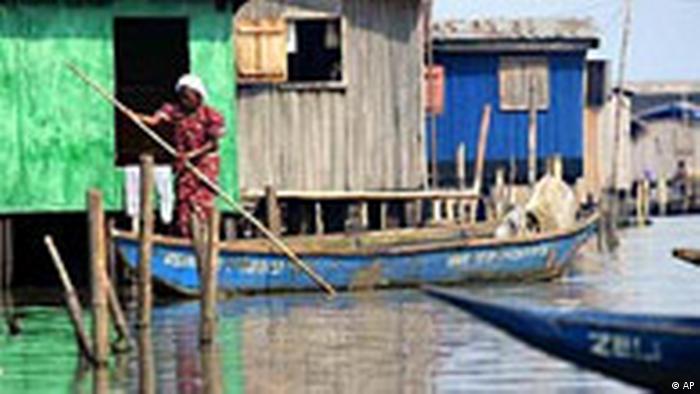 There is growing concern over the frequency at which unseaworthy and unserviceable ships are being dumped in Nigeria's territorial waters.

Shipwrecks have been a problem at Alpha Beach for years, with the ownership of the abandoned vessels hard to establish. Public outcry over coastal erosion caused by the abandoned ships prompted the Lagos State government to clear the shipwrecks from the beach but the problem keeps re-emerging.

The remains of the vessels are no longer there but the environmental damage they caused persists.

"We always cite the example of Alpha Beach. It no longer exists,” said Philip Jakpor of Environmental Rights Action.

"Some years ago, there were dozens of ships abandoned there and, before you knew it, the waters continue to come inland and ate up all the coconut trees on the banks. Today, those coconut trees are not there. Today, the houses that were close to the sea are no longer there,” Jakpor told DW. 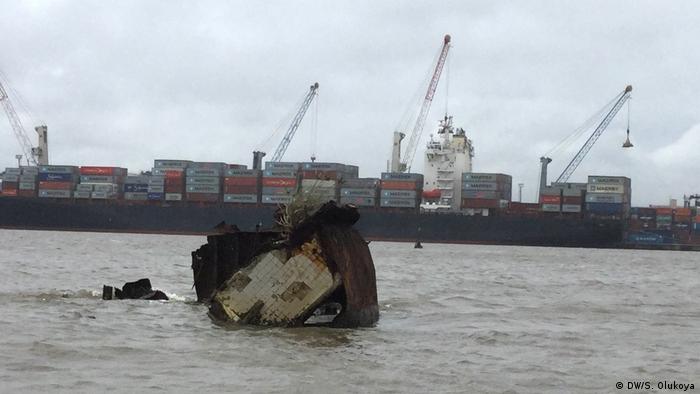 The owners of unserviceable ships are believed to find it more convenient to dump them in Nigeria rather than properly dispose them off.  Master mariner, Captain Ezekiel Ishola, says legal bureaucracy sometimes prevents authorities from clearing the wrecks.

"If they don't declare them as wrecks nobody can touch those ships. Yes, because they have owners,” Ishola told DW.

"So, if the Nigerian Port Authority or Customs want to handle these vessels now, they must give notice that are going to take care of these ships since they have become a danger to navigation – otherwise the ship owner can come and sue,” he told DW.

Prosecutions for abandoned vessels never occur and responsibility for removing the wrecks usually falls to the government. The Nigerian Maritime Administration and Safety Agency has warned the local and international shipping community of sanctions in the event of an abandon vessel in Nigeria's territory. 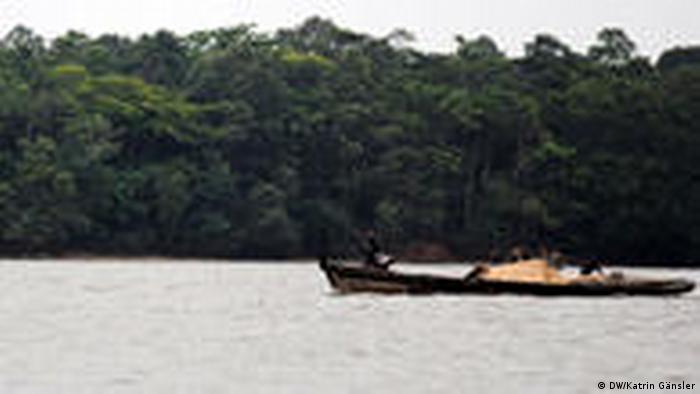 The Niger Delta, a lifeline in southen Nigeria, is at constant risk of oil pollution

In the meantime, coastal communities are forced to cope with problems caused by the maritime wrecks. Boat owner Jide Moses told DW the rusty remains are particularly dangerous for small boats.

"When the sea level rises and you ride into them they can easily damage your engine. Because they are metals they can also tear the fiber and wooden boats generally used in this area," he said.

Fishermen like Alada Akin are also complaining. "The abandoned ships limit the area we can fish. If we go close to them, some of their metals can damage our fishing net,” he said.

Strewn with shipwrecks: The Baltic Sea

A submarine found sunk off the Swedish coast and believed to be Russian raises questions. Is it a sign of a recent intrusion? Does it date back to WWI? It wouldn't be the first: the Baltic Sea is strewn with shipwrecks. (28.07.2015)