Prime Minister Shinzo Abe′s departure signals the end of an era in Tokyo | Asia | An in-depth look at news from across the continent | DW | 28.08.2020 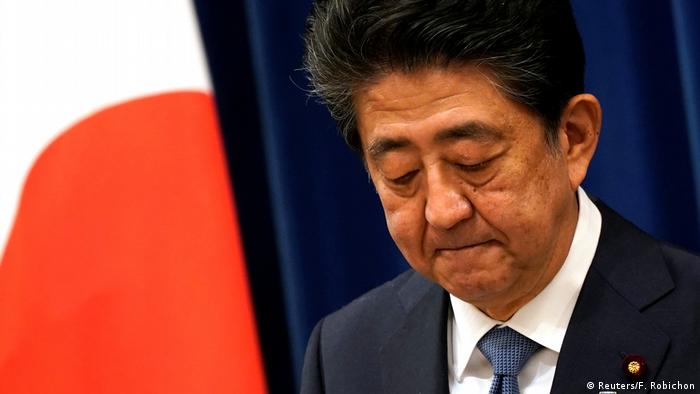 On Monday, Shinzo Abe set a record for being Japan's longest-serving prime minister since 1885. Just four days later, the 65-year-old politician announced he was retiring. His term was scheduled to end in September 2021, however, poor health forced an early departure.

Abe has suffered from ulcerative colitis, an incurable chronic inflammation of the colon, since he was a teen. It forced him into early retirement during his first term as prime minister in 2006 and 2007, but a new medication enabled him to make a comeback. Now, the illness has forced him to step down once again, this time for good.

Abe was Japan's first prime minister born after the end of the Second World War. He rose to power on the promise of changing the postwar order of the world and building a "strong, flourishing Japan," while also seeking to increase Japanese influence on the global stage. 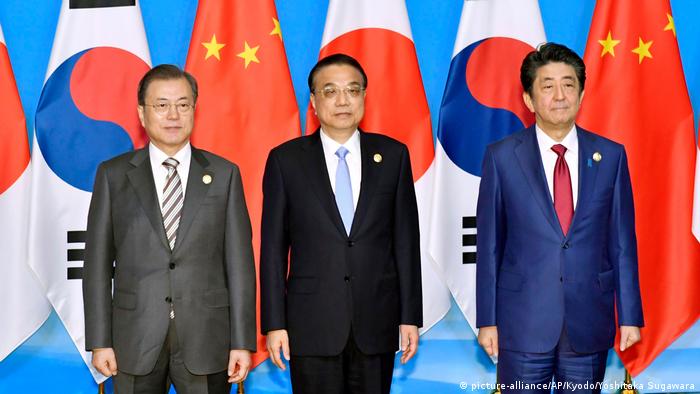 Chinese Premier Li, Japan's PM Abe and South Korean President Moon sent a powerful message of unity in the push to get North Korea to give up its nuclear weapons

Such goals deeply divided Japanese society. For some, Abe symbolized a chauvinist, ultraconservative and backward-looking Japan by refusing to express contrition for the country's war of aggression in Asia. For others, he was a pragmatic reformer who strengthened Japan's economy and its ties with the US, ensuring that it would never become a "tier-two nation" as he once said.

Abe's greatest accomplishment has been to lead a nation that had seen numerous prime ministers come and go in quick succession, back into calmer waters. His Liberal Democratic Party (LDP) has never been as unified as it is today. "His biggest achievement was establishing stability," says Sebastian Maslow, a political scientist at the Sendai Shirayuri Women's College in Miyagi Prefecture, Japan.

"Abe was also able to do something few of his predecessors could — efficiently control the country's bureaucracy and media," says Maslow. That has helped Abe's ruling coalition amass a two-thirds electoral majority. Though he was forced to weather a number of corruption and cronyism scandals, he always managed to survive.

The prime minister used his political domination at home to project the image of a strong Japan whenever he was on the world stage — as well as to push back against growing Chinese influence around the world. At the same time, he opened the country like never before. His government signed free-trade deals with the EU as well as a number of Pacific states, integrating Japan more fully into the global economy. 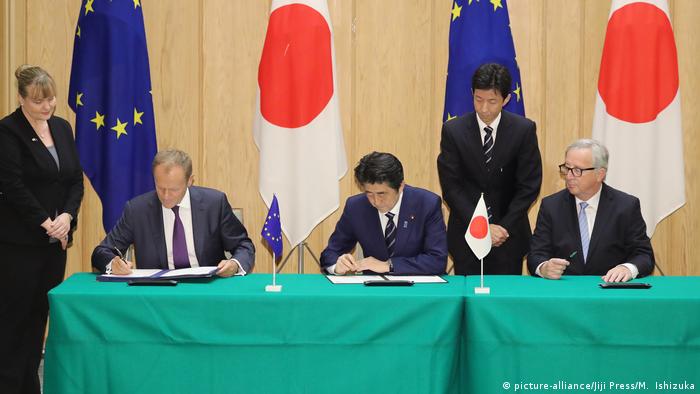 Japan and the EU agreed to increase cooperation on trade, the environment and security

Corporate governance reforms also opened doors to foreign investors who were allowed to snatch up iconic Japanese companies like Sharp. And when Japan became more liberal in handing out travel visas, tourism from across Asia exploded. Abe's was also the first administration to introduce special foreign-worker visas to make up for labor shortages due to dwindling population numbers.

The end of the boom

After nearly eight years in office, Abe's economic resume is middling. Thanks to the second-longest economic upswing in postwar Japan, gross domestic product (GDP) rose for the first time since the 1990s — despite a shrinking population. Nevertheless, debt has continued to increase.

His financial policy — based on monetary easing, fiscal stimulus and reform, and dubbed Abenomics — led to a devaluation of the Japanese yen through securities purchases by the Bank of Japan. Corporate earnings quickly skyrocketed and Japan Inc., went on an international buying spree, scooping up firms around the world.

Abe pushed companies to hike wages and his government raised the federal minimum wage each year he was in office. He also got rid of kindergarten fees. Still, the coronavirus pandemic has wreaked havoc, causing dramatic spikes in debt and exploding budget deficits. The specter of deflation looms on the horizon, as it did at the beginning of the Abe era. 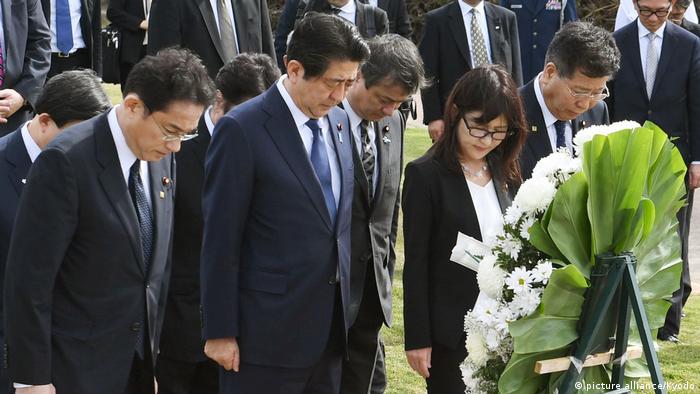 Fundamental changes to Japanese security policy have received far less attention over the years. At the end of his career, Abe will leave the stage having been unable to realize his lifelong dream of amending Japan's pacifist constitution. The way he sees it, the document was forced on Japan after the war by US occupiers.

Abe reinterpreted the constitution, paving the way for Japanese forces to engage in combat operations alongside US allies. As well as increasing military expenditures year on year, Abe created a National Security Council and eased restriction on arms exports.

His government also successfully pushed through a law for the protection of state secrets, for which it had to overcome strong political resistance. Critics warn that Japan is slipping back into a time like that before the war. "His successor will inherit the strongest Japan the world has seen since 1945," says Tobias Harris, a Japan analyst and the author of an Abe biography.

Now, the LDP will decide who will fill Abe's shoes. So far, there are no clear favorites.