The Japanese prime minister's aggressive economic reform policy, known as Abenomics, has had a mixed record. Abe's procrastination on structural reforms for fear of losing political currency is mainly to blame. 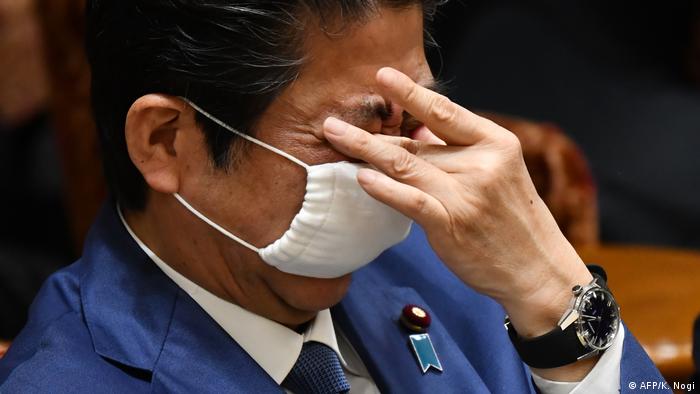 The "three arrows" of the policy were: fiscal stimulus worth hundreds of billions of dollars, unorthodox monetary easing that involved the Bank of Japan overworking its printing presses and introducing negative interest rates, and structural reforms to boost private investments.

Seven years on as Abe makes a premature exit, experts say Abenomics at best has had a checkered record. Initially, it propped up growth, spurred corporate profits and sentiment through a weaker Japanese yen and higher stock markets. But the momentum soon fizzled out.

The Japanese economy is in recession, having shrunk for three consecutive quarters, inflation remains well below the 2% target set in 2013. Domestic demand is struggling to grow amid sluggish wage growth and Japanese government debt is at a record high of more than 250% of Gross Domestic Product (GDP).

"Abenomics has been effective in supporting large firms by boosting equity markets and nurturing the sense of stability that a sharp appreciation of the yen will not happen again," Shigeto Nagai from Oxford Economics told DW. "At the same time, without a sufficient rise in wages, the benefit of Abenomics was not shared by households and failed to stimulate domestic demand."

Abenomics' mixed record extends to its so-called Womenomics plan, which is aimed at raising female participation in the workforce. While it has managed to raise the female employment rate, critics say most of the women have landed in poor-paying non-regular jobs.

Experts, however, laud Abe for scoring international free trade deals, including one with the European Union. He also salvaged the Trans-Pacific Partnership, a free trade agreement with the United States and 11 other Pacific Rim countries, even after President Donald Trump walked out of the deal. The Japanese prime minister subsequently signed a bilateral trade deal with Trump, albeit a truncated one.

Abe's biggest failure was his inability to usher in needed structural reforms, the crucial third "arrow" of Abenomics aimed at boosting productivity and coping with Japan's aging and shrinking population.

Abe's administration did try to reform the rigid labor market but it admits that its policies is yet to usher in a "productivity revolution." The reforms have not been bold enough to change established labor market practices like a lifetime employment system.

The country continues to suffer from a labor shortage thanks to a contraction in the working-age Japanese population over the past decade. Abe pledged billions to boost birth rates and encourage the Japanese to have children. He also created a dedicated Cabinet position to help stop the decline in Japan's population.

Abe is stepping down as the COVID-19 pandemic triggered Japan's deepest-ever recession. The country's GDP in the second quarter ending June contracted by a record 27% on an annual basis, another blow to Abe's ambitious policy to turn the tide on decades of stagnation.

The virus has aggravated the economic malaise caused by an ill-timed increase in consumption tax last year that sent consumer spending plummeting.

"[Due to the pandemic] people's incomes are shrinking. A lot of people are furloughed, they are losing their bonuses, so consumption has been shrinking and as people anticipate that an economic typhoon is going to be gathering force over the coming months, they are battening down the hatches, spending less and that creates a downward cycle," Jeffrey Kingston, a professor at Temple University in Tokyo, told DW.

The end of Abenomics?

Experts say Abe's successor will not give up on Abenomics, especially in the middle of the pandemic. With general elections due next year, any successor from the ruling Liberal Democratic Party would carry on with the Abe's fiscal policy. The Bank of Japan is also expected to stay on course with its monetary policy.

"Politically, Abe's successor cannot deny his legacy. Economically nobody can deny it because Abenomics' basic approach, the combination of active macroeconomic policy and structural reforms to raise productivity, is a textbook prescription to deal with stagnant growth and disinflation," Nagai said.

However, in the long run, Nagai says Abe's successor will not have the "luxury of postponing painful reforms."

"At some point, Abe's successors need to give up the fanciful growth targets and start tackling these long-standing issues, but progress will be slow facing strong political resistance," he said.

Mireya Solis, director of the Center for East Asia Policy Studies, says much will depend on who succeeds Abe and whether the new leader of Japan can generate strong levels of public support to push a renewed reform agenda.

"There is a crowded field of possible successors to Abe. The question is whether any one of these candidates can provide a steady hand at a time of unprecedented challenges for Japan," she told DW.

So, what about Abe's legacy?

"Prime Minister Abe was supposed to cap his long tenure at the helm of Japan with a number of successes: long-term economic expansion, the 2020 Olympics, a state visit by President Xi [Jinping] to mark the stabilization of relations. COVID-19 compromised each of these goals," Solis said.

The upturn in the Japanese economy in the current fiscal year's third quarter is a positive sign, but overall the country's economy presents a gloomy picture. How does it reflect on the premier's Abenomics? DW examines.

Japan has held a state funeral for former Prime Minister Shinzo Abe, who was assassinated in July. Leaders and dignitaries from around the world attended the event. But there was also widespread opposition to the funeral due to divisions over Abe's legacy.

As a state funeral for assassinated former Prime Minister Shinzo Abe draws closer, revelations about his ties to a controversial church have further fueled widespread opposition. Critics say the decision to give Abe a state funeral has no legal basis.