Shall I stay or shall I go now? The Facebook conundrum | Business| Economy and finance news from a German perspective | DW | 25.04.2018

When news of the Facebook-Cambridge Analytica data scandal broke, the skies above Menlo Park darkened. As the social network releases its Q1 figures, have rumors of its demise been greatly exaggerated? 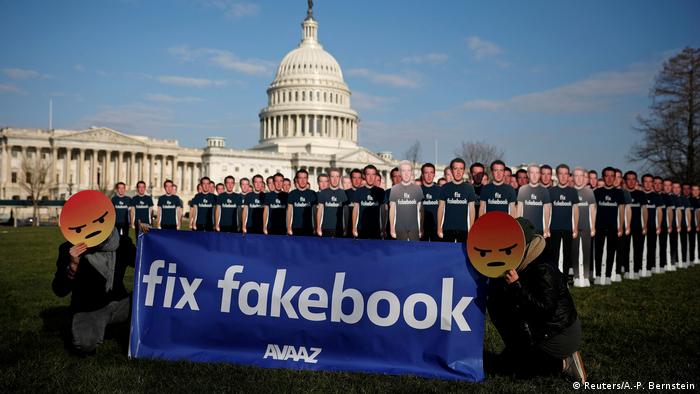 Over the years, Facebook's quarterly performance updates have been predictable affairs.

The graphs, whether those measuring revenues or numbers of users, have consistently shot up in the kind of astronomical proportions you might expect for a company that has gone from a student's dorm room to having an annual revenue stream of $40 billion (€32.74 billion) in the space of 14 years.

Yet the first quarter of 2018 has been a new experience for the social media behemoth, to put it mildly.

The Facebook-Cambridge Analytica data scandal exposed the company to criticism and scrutiny unlike anything it has known before. Its stock price plummeted, its founder and CEO Mark Zuckerberg was forced to explain himself before US Congress in a surreal display that prompted much online mirth, and some advertisers even pulled their products from Facebook.

A platform that at a recent count had close to 2.2 billion users — a staggering 29 percent of the global population — was suddenly facing existential questions about its future. Would concerns over how user data was being used one by one push people away as the siren call of #deletefacebook became more seductive?

Would that in turn prompt advertisers to stop using the platform, thus threatening what amounts to 98 percent of Facebook's revenue stream? Even allowing for catastrophic Q1 figures, there is enough evidence to suggest that Zuckerberg and Co can breathe easy, for now at least.

In the immediate aftermath of the revelations that sensitive user data from close to 100 million Facebook accounts was provided to a data analytics firm who then used the data to build algorithmic software capable of influencing voter behavior, a few firms took decisive action against Facebook.

Internet company Mozilla, German bank Commerzbank and electronics firm Sonos were among the most well-known companies to stop advertising on the platform.

In the weeks since, Facebook has been engaged in both a mea culpa and a damage limitation process, ranging from Zuckerberg's days out in Washington to the rolling out of various promises and settings changes on privacy. 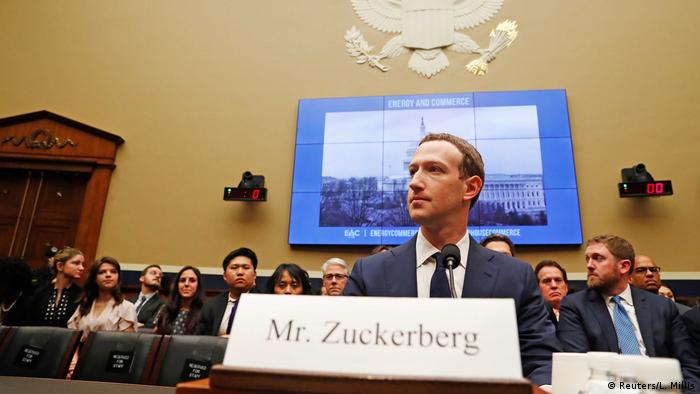 "We care about protecting your privacy," runs one such pronouncement, visible to users logging on in recent weeks. "We don't sell your data, and we've designed our ad system so that we can show you relevant and useful ads without telling advertisers who you are."

Mozilla is one of the few that has not yet returned, however. 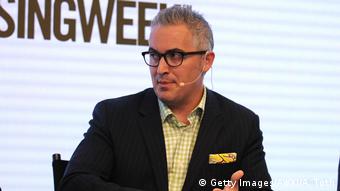 "Giving users control of customized ads isn't the same thing as setting defaults that offer meaningful privacy to begin with. Where the rubber meets the road is in changes to policies and practices, of course, and we'll continue watching those developments. We're not ready yet to start advertising on the platform."

You are the product

When the scandal initially broke and Facebook's stock price began to tumble, more than a few business executives asked themselves if they too should consider giving their brands "a pause" on the famous blue platform. Yet the flood of deserters has not yet come.

Plenty have their doubts though. There are a few companies worldwide that spend close to $10 billion a year on advertising, including many millions on Facebook campaigns.

Proctor & Gamble, the massive personal care corporation, is one of the world's largest advertisers, and although it told DW it did not want to comment specifically on Facebook, it did slash its spending on ads on the platform in 2017, mostly over concerns about the effectiveness of online campaigns.

Nestlé, the world's largest food and beverage company and another major global advertiser, also has concerns over Facebook and the manner in which it uses user data, even it has stopped short of halting its advertising.

"We have engaged in a constructive dialogue with Facebook by asking it to provide us with details on the review process being undertaken and how this will provide more transparency to platform users," a spokesperson told DW.

"We are also carrying out a detailed review of how Nestlé apps, websites and platforms access Facebook data, and how this may need to be modified," they said, adding that Nestlé would assess the impact of Facebook's policy changes over the next two months.

"Pauses” and corporate wringing of hands aside, much of this has the appearance of a rap on the knuckles rather than anything more serious from Facebook's perspective.

Daniel Kostyra is a Facebook specialist at the digital marketing agency Cocomore in Frankfurt, advising firms such as Nestlé on advertising campaigns on the platform. So far, he has not noticed any major changes in the attitudes of his clients towards Facebook.

"They addressed us and asked our opinion but so far there has not been any change in their spending behavior," he told DW.

Noting that Facebook's value to advertisers is almost exclusively based on its ability to provide data and so-called "targeting" campaigns, he says that deep down, customers know already that "if you are not paying for the product, then you are the product". Or in other words, your data is the product.

Pam Aungst is the President of Pam Ann Marketing, a US-based internet marketing company. She believes it is "highly unlikely" that Facebook will lose any advertising revenue in the short term, and says that the only obvious concern apparent among advertisers since the scandal broke relates to the risk that changes in Facebook's privacy settings may make ads less effective.

"Advertisers are fearful of losing ad targeting options," she told DW. "Again, users are the ones that are mad at Facebook, not the advertisers. Ad agencies such as ourselves are concerned that as Facebook increases privacy measures, our ad targeting options will become more limited. This has already started to occur and may continue."

Can't live, with or without you

That would all suggest advertisers will only leave in significant numbers once ordinary users leave, taking their data with them and making Facebook less useful for advertising as a result.

The Q1 figures will provide further clarity, but it is already apparent that plenty of users have left Facebook in 2018. One such user, Tony, a 27-year-old working for a non-profit organization in Berlin, says he deactivated his Facebook account two weeks before the scandal broke, "before it was cool."

Although his reasons were related more to the manner of his own usage habits rather than to any concerns he held over privacy, he has noticed a change recently among many of his friends over how they use the platform. "They now all see the malice behind how their data can be used," he said.

Yet for the relatively few who have left in recent months, hundreds of millions, perhaps even billions, look set to remain for now.

Nadja, an account manager working in Berlin, has used Facebook for more than a decade as a way of staying in touch with friends and family who don't live close to her.

She still enjoys using Facebook, even if she has been a bit disturbed by an increase in advertisements in recent years. Although not happy with the recent data breach scandal, she hasn't seriously considered stepping away from the platform.

"If I go, people that I want to stay in touch with might still be there and I might not be in touch with them anymore," she said. "Everyone would need to leave and join something else. That is one thing that has been keeping me away from that."

That's precisely the kind of sentiment Facebook hopes will help it through the current storm, even if it does look destined to lose a few devotees along the way.