Facebook users in Europe will soon be asked to adjust their privacy settings as the company seeks to comply with a new EU law. Despite the giving users more control over their data, there's still a catch. 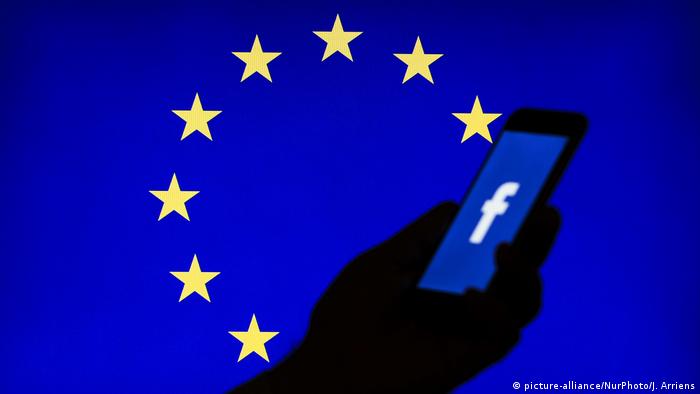 Facebook announced on Wednesday that it will begin rolling out new privacy policies worldwide, starting with changes in Europe this week.

The embattled social media giant's new privacy plan is being closely watched by regulators and privacy advocates to make sure it complies with the European Union's new data privacy law, which comes into effect next month.

What is staying the same? People will not be given the option to opt out of targeted ads. They will ostensibly be better able to control what information is shared with third parties, but won't completely be able to get out of the ads.

Deputy Chief Privacy Officer Rob Sherman defended the decision to not allow users to reject targeted ads, saying that the social media company is "an advertising-supported service" and that "people can choose to not be on Facebook if they want."

"We not only want to comply with the law, but also go beyond our obligations to build new and improved privacy experiences for everyone on Facebook," Facebook Chief Privacy Officer Erin Egan and deputy general counsel Ashlie Beringer said in a statement.

Zuckerberg under fire: The changes come one week after Facebook founder Mark Zuckerberg faced a 10-hour grilling in front of Congress following a data scandal. Zuckerberg testified that the new privacy regulations would be rolled out worldwide, but may have a different format than in Europe.

Cambridge Analytica scandal: Last month, it was revealed that the personal data of 87 million Facebook users wound up in the hands of consultancy Cambridge Analytica, which worked for US President Donald Trump's 2016 presidential campaign.

What is the new EU law: The EU's General Data Protection Regulation (GDPR) requires companies to get explicit consent from users to share data with third parties. People will also have the right to know what information the company has gathered and demand it to be deleted. The law goes into effect on May 25.