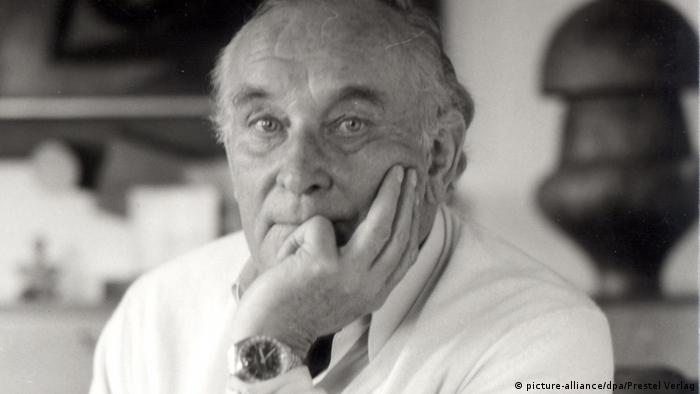 Reconciliation with modernity, the rescue of "degenerate art" and commitment to abstraction are the principles associated with documenta, Germany's storied five-yearly art happening in Kassel.

Founded in 1955, the Weltkunstschau (World Art Show) that takes place next in 2022 in Kassel is regarded as a sign of the political purification of the Germans after the Second World War — and a symbol of a new cultural beginning.

Arnold Bode, the exhibition's founder, sought to introduce visitors above all to the works of artists ostracized in Germany during the Nazi era when their work was labelled as "degenerate art."

For this reason, the first exhibition in the ruins of the destroyed Fridericianum Museum on Kassel's Friedrichsplatz focused on abstract art, especially abstract painting of the 1920s and 1930s. Since then, documenta has developed into one of the most important art exhibitions in the world. 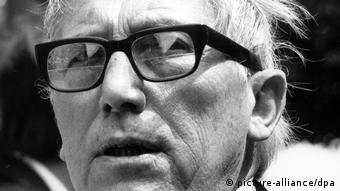 Arnold Bode, the founder of the documenta, was advised by Haftmann

Werner Haftmann: Most important advisor to the founding father

But dark shadows now hang over documenta. Last year it became known that the art historian Werner Haftmann (pictured top), Arnold Bode's most important advisor, had been a member of the Nazi Party from 1937 to 1945.

The revelations mark an unexpected new stage in Germany's process of coming to terms with the past.

Only a few weeks ago, an amateur historian uncovered the Nazi involvement of Alfred Bauer, the founding director of the Berlinale film festival.

Now the unresolved past has caught up with the documenta. Since then, a fierce dispute has developed in the German public about the consequences for the documenta and the German art establishment.

During their research in the Federal Archives, they discovered Haftmann's Nazi Party membership card. At a German Historical Museum (DHM) conference in mid-October 2019, they presented their findings to a wider public. 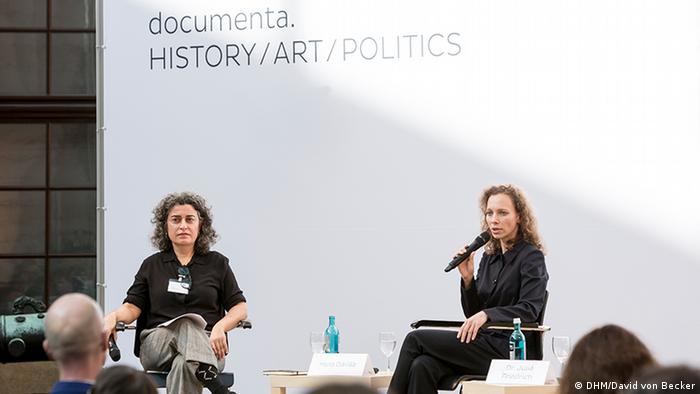 Haftmann, who was born in 1912 and died in 1999, had studied art history in Berlin and Göttingen. After receiving his doctorate, he worked at the Institute of Art History in Florence in the late 1930s. Later he joined the German military art protection unit in Italy as an interpreter behind the front. Haftmann himself later claimed to have been only a simple Wehrmacht soldier.

The later Haftmann: A defender of modernity

After the war, Haftmann gained a reputation as a defender of modernism, lecturing at the Hamburg Art Academy and writing articles in the arts section of the weekly newspaper Die Zeit.

In 1955, 1959 and 1964 he developed the guiding ideas of the first three documenta exhibitions together with Arnold Bode. In 1976, a few years after leaving the documenta, he became the first director of the "Neue Nationalgalerie" (New National Gallery) in Mies van der Rohe's glass building in Berlin's Tiergarten.

Bernhard Fulda and Julia Friedrich also discovered an essay by Haftmann in the Nazi magazine "Kunst der Nation" (Art of the Nation), in which Haftmann praised expressionism as "German style" in 1934.

After 1945, Haftmann turned his back on German national rhetoric and praised expressionism as a medium of European integration. In his standard work Painting of the XXth Century, published in 1954, he conjured up the global mission of modernism and coined the mantra of "abstraction as a world language."

This reorientation did not stop Haftmann from ennobling a painter like Emil Nolde as one of the "inner emigrants." Although Nolde had been branded "degenerate" by the Nazis, he tried to serve them and remained anti-Semitic. 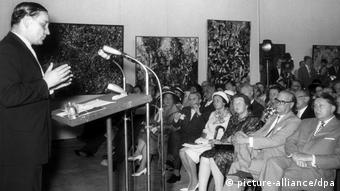 The wavering self-image of the documenta

In the light of the latest findings on Haftmann, the documenta's image has been shaken. The grand narrative of reparations for the ostracized and "degenerate," and the commitment to modernity suddenly appear implausible.

Now the documenta narrative appears as a tactical calculation and as a defence against the past.

"The preoccupation with modernism after 1945 served the purpose of self-cleansing, for those who were committed to modernism had no need to fear questions about their activities prior to 1945," said Munich art historian Christian Fuhrmeister.

Although the documenta may have developed into a show of critical world views at the latest by the time of its fifth edition in 1972, the myth has now been tarnished by the recent revelations.

Werner Haftmann as the 'grey eminence'

The institutions in Kassel have reacted cautiously to the new findings. Cultural manager and literary scholar Sabine Schormann, General Director of the documenta Society since November 2018, welcomed the "independent, scholarly and critical examination of its own history."

On the official documenta website however, Werner Haftmann is still referred to as the "grey eminence" of the show, and there is no reference to the latest findings.

These details are also missing in the permanent exhibition "about documenta" at the "Neue Galerie" (New Gallery) in Kassel, which opened in late 2019 and deals with the history of the 14 editions of the show to date. Haftmann's leading role is emphasized in two rooms with quotations and photos. 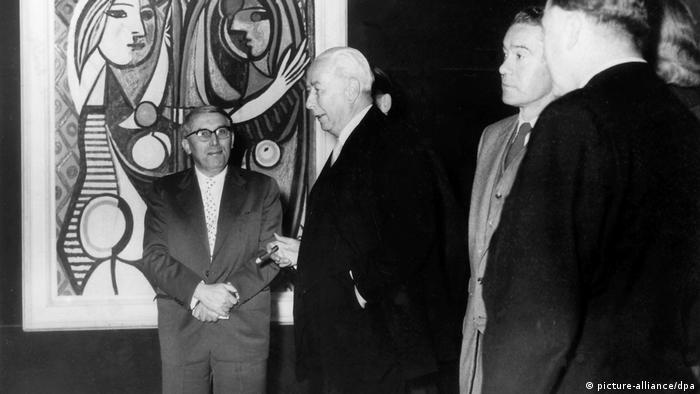 A reappraisal of political history planned

According to director Schormann, documenta now wants to transfer further research into the Nazi past of its founding generation to the documenta Institute and the documenta Archive.

Whether that can be successful is questionable, as the new building for the institute, for which the state of Hesse has provided €6 million ($6.58 million), is far from ready. The documenta Archive is also only partially suitable for the task, with the relevant files scattered over archives throughout Germany and in areas occupied by the Nazis during the World War II.

Many scholars have therefore advocated for research to be done by an independent commission — similar to the ones recently set up by German President Frank-Walter Steinmeier and the Federal Constitutional Court to examine the those institutions' Nazi prehistory.

The debate is likely to reach a new high point when the German Historical Museum in Berlin (DHM) opens an exhibition on the "Political History of the documenta" next spring that will also focus on the documenta protagonists' reappraisal of their Nazi past.

Mailbags containing letters and photos belonging to Nazi art-dealer Hildebrand Gurlitt have been found in Güstrow. The "Degenerate Art" research center will now set about valuing the discovery. (17.10.2016)

One of the most important contributors to German expressionism, Emil Nolde is the focus of several exhibitions in Germany this year. Yet the chancellor's office has had his paintings removed due to his Nazi past. (09.04.2019)