The northern German city of Kassel will get its fill of visitors when it opens Documenta on June 10. The world's most prestigious contemporary art show will show works from over 160 artists. 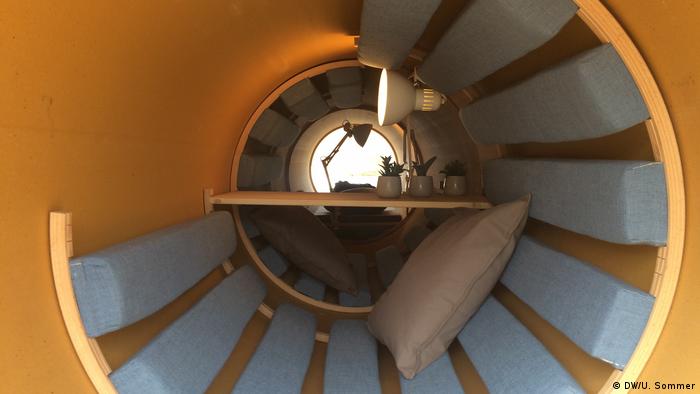 Starting on June 10, Documenta will welcome visitors to Kassel to view artworks called everything from "Muehle des Blutes" (Mill of Blood) to "Parthenon of Books." The latter is a replica temple filled to the brim with thousands of banned books.

Some 30 sites around the city will be home to modern artworks, such as a 16-meter-tall obelisk standing on Königsplatz square, the "Muehle des Blutes" in the city's baroque-landscaped park, or a nine-by-nine-meter pyramid in a northern city park.

Most of the city's museums are also participating, as well as unusual locations such as a former leather goods store, a university campus hall, a cinema, and the former main post office building.

While some of the artworks will be unveiled in Kassel, some 200 others have been on show in Athens, Greece since April before traveling to Germany. It was the first time that Documenta has been split into two venues at staggered times - a concept introduced by artistic director Adam Szymczyk.

Much of the art in Athens centered on performance and sound, including dancers who "floated" around ancient temples and stereo speakers placed around the city that "whispered." 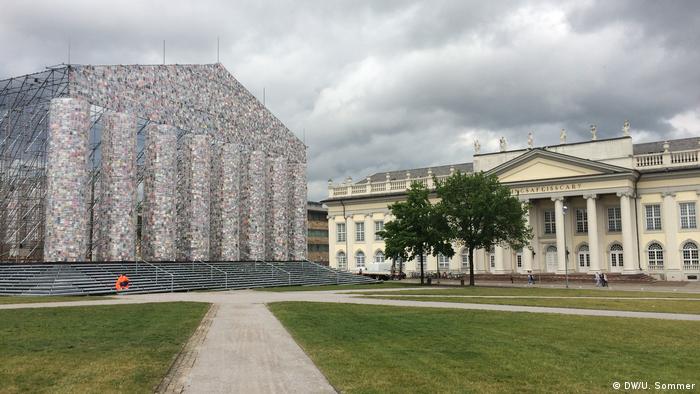 'Parthenon of Books' by Marta Minujín

Art in times of great insecurity

More than 160 artists were invited to participate in Documenta 14 - the 14th edition of a show that takes place every five years. Most of the artists created works for both venues, which are thematically related. Some of the works address the journey from Athens to Kassel directly. For instance, four horsemen are currently riding through Europe and are slated to soon arrive in Kassel.

One subject to be addressed in Kassel is restitution - the return of cultural goods that were stolen or confiscated to their rightful owners.

Read more: Athens Documenta: A place for the displaced at the Acropolis

At a press conference on Wednesday, Szymczyk said Documenta will also position itself again global neo-liberalism. Furthermore, the show addresses the issue of how society responds to growing insecurity. He also said the event was supposed to be "an experience."

The brainchild of art professor and designer Arnold Bode, the first Documenta opened in 1955, aiming to be a "documentation" of art work (hence the name), particularly that of the artists deemed "degenerate" by the Nazis during World War II. Thus, the initial Documenta focused on abstract art. Later shows focused more and more on contemporary art.

This is the first time guard rails have been put in place at the Documenta sites to protect outdoor visitors.