At least 10 people have been injured after a van drove into shoppers in Nantes, France. The driver is said to have shouted "Allahu Akbar" before carrying out the attack, the second such incident within days. 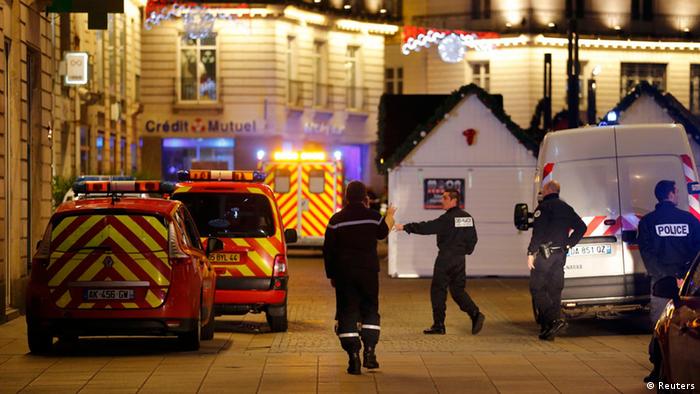 According to officials, a man drove into a crowd walking through a Christmas market in the western French city of Nantes on Monday evening.

At least 10 people are reported to have been injured, five of them seriously, including the driver.

The Associated Press news agency reported that video images on French television showed a white Peugeot van in the market, which was being held in the city's main square.

Local newspaper Ouest France, citing a police officer and witnesses on the scene, said the suspect shouted "Allahu Akbar" ("God is great") before stabbing himself with a knife.

The market has been evacuated and cordoned off by the police. 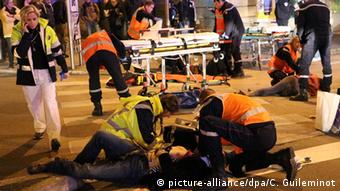 In a similar incident on Sunday, a man drove his car into a crowd in Dijon

The incident comes a day after a man, also shouting "Allahu Akbar," ran his car into pedestrians in the eastern French city of Dijon, injuring 13 people.

In another attack in the city of Tours over the weekend, a man, reported to be a convert to Islam, was shot dead after knifing three police officers.

None of the victims are reported to have died in the weekend attacks.

Officials have asked the public to be vigilant, but warned against jumping to conclusions.

French football policing under the spotlight 31.05.2022

The day after the Champions League final in Paris descended into chaos, French side Saint-Etienne were relegated amid violent scenes. The culmination of a year of madness in French football raises serious questions.