Prosecutors say a French driver who injured a dozen people over the weekend purportedly in the name of Islam was "absolutely not" motivated by terrorism. The French president has urged citizens not to panic. 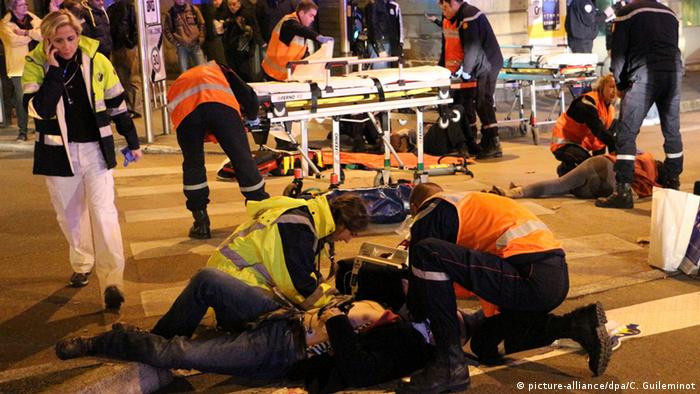 The driver who shouted "Allahu Akbar," or "God is great," as he ploughed into passers-by in Dijon suffered from severe psychiatric problems, a prosecutor said Monday. She insisted the incident, which left 13 people injured, was not connected to terrorism.

"It is absolutely not a terrorist act," Marie-Christine Tarrare told reporters in the eastern French town, adding that the man had a "long-lasting and severe psychological disorder."

Just before that information was made public, a statement from the office of French President Francois Hollande urged the public "not to panic" over the attack.

Hollande did call on authorities to practice "utmost vigilance" after the Dijon attack and another similar incident in which a perpetrator shouting "Allahu Akbar" assaulted police officers in the central town of Joue-les-Tours on Saturday.

Both men shouted the Islamic phrase that has previously been used by extremists when waging violent attacks, prompting speculation the assaults were possibly coordinated or motivated by radical Islam.

Two of the 13 victims in the attacks were reported as still being in a "serious condition."

In the Dijon attack, the 40-year-old driver hit pedestrians in five locations around the city and is alleged to have done so in the name of the "children of Palestine."

In a tweet on Sunday, French Prime Minister Manuel Valls wrote: "Solidarity to the victims in Dijon and support to their families. MV"

According to Pierre-Henry Brandet, spokesman for the Interior Ministry, the driver was known to the police for misdemeanors dating back to the 1990s.

An often controversial figure in French media, Eric Zemmour has been fired from his position on a weekly talk show. The move follows comments Zemmour made about Muslims in France to an Italian newspaper. (22.12.2014)