An often controversial figure in French media, Eric Zemmour has been fired from his position on a weekly talk show. The move follows comments Zemmour made about Muslims in France to an Italian newspaper. 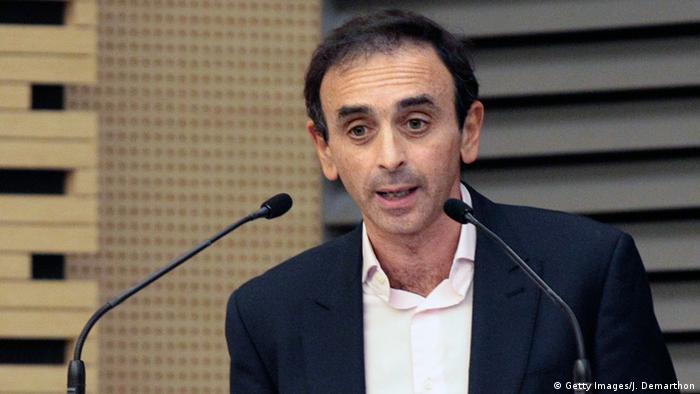 Polarizing French journalist and writer, Eric Zemmour, has been sacked from his recurring gig on a French chat show for the iTELE channel following remarks widely seen as anti-Islamic last week.

Zemmour, an outspoken opponent of immigration despite his immigrant background, told Italy's Corriere della Sera newspaper that "Muslims kept to themselves in the suburbs," and that as a result of the spread of Muslim neighborhoods outside of cities, the "French were forced to move out."

The French journalists union SNJ lauded the move as a "strong decision," an opinion shared by anti-racism watchdog SOS Racisme.

On the other side of the aisle, Marine Le Pen, head of the far-right National Front Party, tweeted "The ban on Zemmour is odious."

His comments to the Italian daily came amid a number of violent Islamist incidents in France, including a man who ran over pedestrians in Dijon on Sunday evening and another who attacked police officers with a knife in the town of Joue-les-Tours the day before.

Zemmour is no stranger to controversy and prides himself on his provocative defiance of liberals, whom he considers over politically-correct.

He was convicted of inciting racial hatred in 2011 for comments he made on French public TV asserting that human traffickers were mostly black or Arab, and that employers could rightly refuse to hire people of either background.

France is home to about five million Muslims, the largest such population in Europe. France also has the largest Jewish diaspora on the continent, and Zemmour's parents were Algerian Jews who emigrated to France in the 1950s.