Serbian president under fire for denying Srebrenica genocide | Europe | News and current affairs from around the continent | DW | 06.06.2012

Serbia's new nationalist president sparked international criticism when he called the massacre at Srebrenica merely a serious crime in need of investigation. His comments may hinder Serbia's chances of joining the EU. 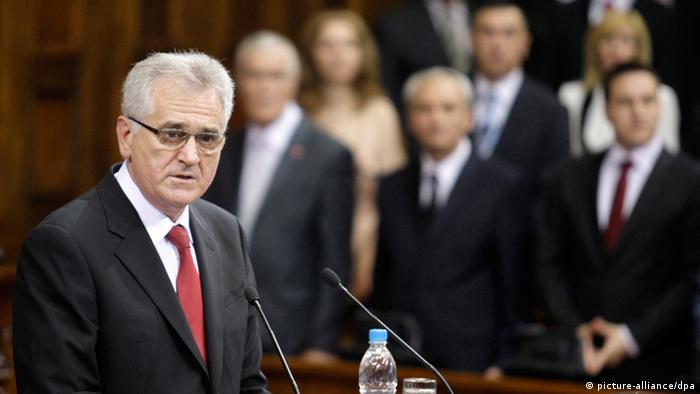 In an interview with Montenegrin television, newly elected Serbian President Tomislav Nikolic said it was "very difficult to prove in court that an incident took the form of genocide." He went on to call the massacre that occurred in Srebrenica a "serious war crime committed by a few Serbs," adding that the perpetrators should face criminal charges for their actions.

The International Criminal Tribunal for the former Yugoslavia and the International Court of Justice, however, see the matter differently. Both bodies called the murder of more than 8,000 Bosniaks by Serbian troops in July 1995 an act of genocide. The courts went on to rule that Serbia was not directly responsible for the massacre, but added that the country broke international law by failing to prevent it, and by not contributing to bringing those responsible to justice.

Nikolic's presidential predecessor, Boris Tadic, during his time in office sought for the Serbian Parliament to condemn the Srebrenica massacre. He also sent former Bosnian Serb leader Radovan Karadzic and Bosnian-Serb Army head Ratko Mladic to a UN tribunal for trial. The political decisions came late in his term, 2008 and 2011 respectively, meeting with support from pro-European parties in Serbia, which hope for the country to join the European Union. 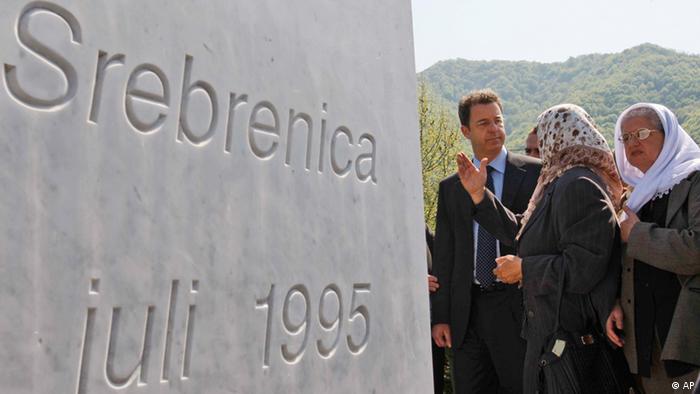 Thousands of people were murdered at Srebrenica

Serbia's neighbors have expressed criticism toward the change of rhetoric coming from Belgrade. Bakir Izetbegovic, a member of the trio at the head of the Presidency of Bosnia and Herzegovina, said he doubted Nikolic's willingness to maintain good relations with surrounding countries.

"To deny the genocide of Srebrenica is not a step toward cooperation and the re-establishment of trust - it is, rather, the opposite," he said, adding that Nikolic's statements could lead to "new misunderstandings and tensions" in the region.

Before being elected, Nikolic made comments in the German daily Frankfurter Allgemeine Zeitung that led to protests and outrage in Croatia. He called Vukovar, a town Croats regard as a symbol of the horrors of war, a "Serb town" and that Croats "had no reason to return there."

Croatian President Ivo Josipovic said Nikolic's statements marked a return to the nationalistic policies of the 1990s. Croatian Foreign Minister Vesna Pusic said in a newspaper interview that Nikolic had "no respect for the effects or possible international and regional consequences" of his statements. Instead, Pusic added, he concentrated "100 percent on a Serbian audience."

The Youth Initiative for Human Rights, a prominent regional human rights group, called Nikolic's most recent statement unacceptable, and demanded that Serbian president apologize to the victims of the Srebrenica massacre. 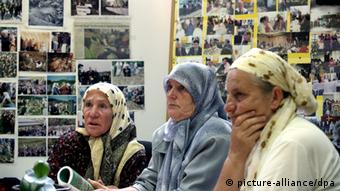 The Council of Europe also criticized Nikolic for denying the genocide. Such conduct casts a shadow over Nikolic, said Pietro Marcenaro, head of council's Committee on Political Affairs and Democracy. He took the position that recognizing the responsibility of all parties in the conflict is a crucial requirement for reconciliation after the wars in the former Yugoslavia.

"The European Union indeed strongly rejects any intention to rewrite history," said Pia Arenhilde Hansen, a spokesperson for European Commission President Jose Manuel Barroso. "The massacre in Srebrenica was genocide ... the atrocities were a crime against all humankind, and we should never forget it and we should never allow it to happen again."

She added that Nikolic's statements would be addressed during a meeting with Barroso.

The president of the European Parliament, Martin Schulz, called Nikolic's statements "absurd and dangerous." He also tweeted that "Positions like these pose danger to Serbia's European ambitions." Serbia acquired candidate status to join the EU in March.

The war crimes trial of Bosnian Serb general Ratko Mladic has been halted due to a prosecution error a day after opening at The Hague. Mladic is on trial for his role in the murders of over 7,000 Muslim men and boys. (17.05.2012)

Germany calls for closer EU-Bosnia ties amid war in Ukraine 10.03.2022

Germany's top diplomat says the Ukraine conflict shows the importance of ties between the EU and the Western Balkans. Bosnia is seeking to join the EU, but accession negotiations have not begun.