Opinion: Serbia takes another step towards the EU | Europe| News and current affairs from around the continent | DW | 21.07.2011

The last war crimes suspect indicted by the International Criminal Tribunal for the Former Yugoslavia has been arrested. This brings Serbia a step closer to its goal of EU membership, according to DW's Verica Spasovska.

Just as with the arrest of Ratko Mladic, critics may see the arrest of indicted war criminal Goran Hadzic as part of a Serbian government strategy aimed at moving the country closer to the European Union. It is certainly true that the chief prosecutor at the war crimes tribunal in the Hague, Serge Brammertz, has stepped up pressure on Belgrade to intensify its search for war crimes suspects.

Behind this theory lies the suspicion that the Serbian government has known all along where these war crimes suspects have been hiding, and only arrested them when they could gain the biggest possible political advantage.

Certainty for the victims' relatives

But those who espouse this argument discount the fact that President Boris Tadic is the first Serbian president to make numerous gestures of reconciliation to the country's neighbors. 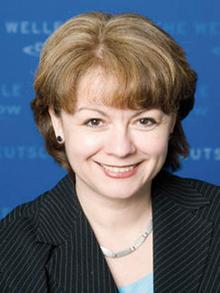 Just last year he initiated a declaration in the Serbian parliament on Srebrenica, which condemned the 1995 crime against the Bosnian Muslims.

Tadic has more actively sought reconciliation than any of his predecessors, and the arrest of Goran Hadzic will serve to further the process. That's because the guilt for what happened during the war is now dealt with individually, rather than as a collective issue.

The gratification that is currently being felt in Croatia is understandable, as one of the key alleged criminals of the war will now have to answer in court. Not only that, the arrest brings with it hope that the relatives of those who disappeared when Hadzic was in power will learn the fate of their loved ones.

There is little doubt that the arrest of Goran Hadzic has strengthened the position of Serbian President Tadic going into next year's parliamentary elections. The public will support any steps Serbia takes in the direction of the EU.

But there is no guarantee that the path is clear for Serbia to enter accession talks. It still needs to make improvements in several areas, including the fight against corruption and crime, as well as strengthening parliament, which is meant to take control of the intelligence service.

Serbia must demonstrate clear progress in the coming few months. Belgrade's most important challenge on its path to the EU is to solve the Kosovo issue. The arrest of Hadzic has made Serbia's road to the EU somewhat shorter, but it remains a difficult one.

Goran Hadzic, Serbia's last fugitive will meet his family ahead of his imminent transfer to the UN tribunal in The Hague. The Croatian Serb suspect was detained in the north of the country on Wednesday. (20.07.2011)

The EU has hailed the transfer of suspected war criminal Ratko Mladic to The Hague, where he will remain in custody until he appears before the UN war crimes tribunal to answer for his role in the 1992-95 Bosnian war. (01.06.2011)