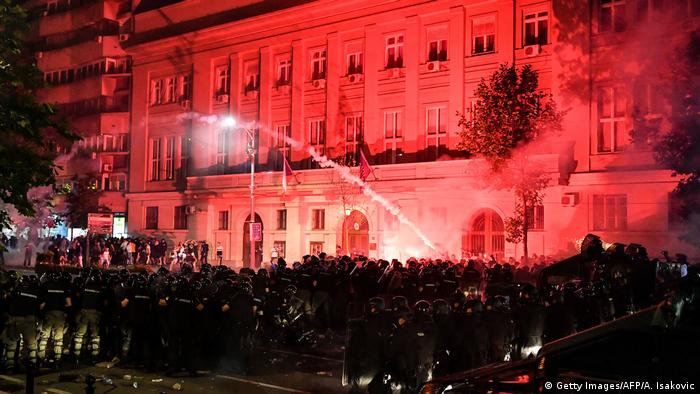 Two days of unrest, in the capital and other cities, culminated on Wednesday night with forces firing tear gas at crowds in Belgrade and in Novi Sad as protesters pelted the police with stones and flares. As a result, Serbian authorities are considering re-imposing the weekend curfew that sparked the unrest.

The country's crisis team is also mulling an outright ban on gatherings in the capital and limiting the operations of cafes and night clubs, following a surge in cases that officials say threatens the health system.

"I have promised you that we will be able to protect peace and stability, despite the violent attacks by criminal hooligans which shock us all," state broadcaster RTS reported Vucic as saying.

He accused the protesters of being "fascists" and conspiracy theorists.

The confrontations between protesters and police resulted 10 officers being injured, according to the government. 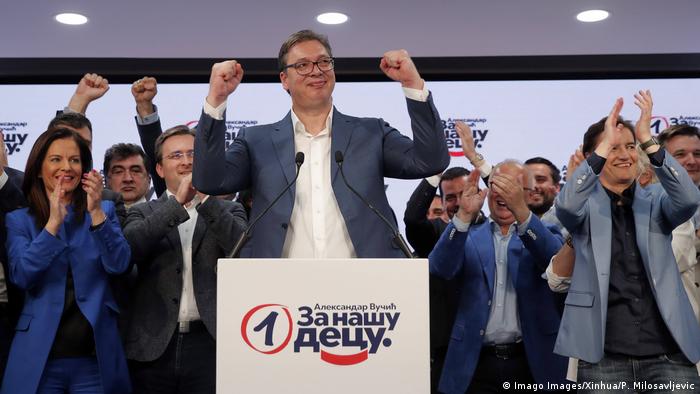 The first demonstration was triggered on Tuesday after Vucic announced the return of a weekend curfew to combat a recent spike in coronavirus cases. Much of the dissatisfaction however dated back to Vucic's decision to lift almost all coronavirus restrictions around a month earlier. That permitted the country to hold elections, boycotted by much of the opposition, which tightened Vucic's grip on power. It also enabled major sports events with large crowds to take place, not least a now infamous tennis tournament set up by Novak Djokovic. An uptick in cases and the specter of renewed restrictions followed.

On Wednesday, after the first protests, Vucic appeared to row back from the prospect of a renewed lockdown. But on Thursday, after the unrest persisted, his government then introduced strict restrictions on assembly in the capital and attributed this to efforts to contain the coronavirus' spread.