Critics have hailed the decision to remove a barricade separating the town's Kosovar Albanian and ethnic Serb populations. The move comes after heightened tension between Belgrade and Pristina. 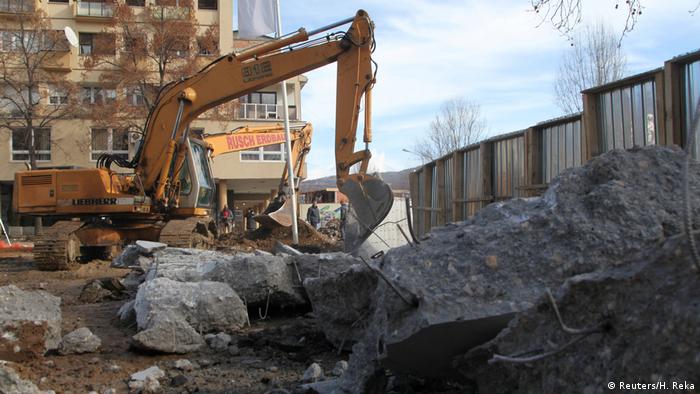 Bulldozers in the northern Kosovar town of Mitrovica on Sunday began demolishing a wall that critics say has been cementing divisions between the town's Kosovar Albanian and ethnic Serb populations.

Goran Rakic, mayor of the town's Serb-dominated northern sector, said the two-meter-high (six-and-a-half-foot) wall was meant as a protective barrier for a new pedestrian zone leading to the town's largely ethnic Albanian southern sector. But critics decried the move, calling it a provocation designed to further split the community as relations between Serbia and ethnic Albanians in Kosovo grew increasingly strained.

"It's an extremely good sign, showing that both sides can reach an agreement given sufficient political will," said Nataliya Apostolova, the EU's representative in Kosovo. 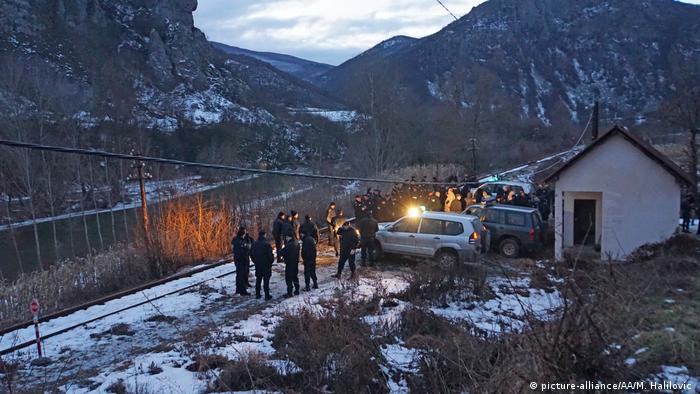 The building of the wall followed a flare-up last month in whicha train bearing Serbian national symbols - including the phrase "Kosovo is Serbia" written in Albanian - tried to enter Kosovo. Pristina barred the train from entering, allegedly over concerns that it would be attacked. Serbian politicians, however, accused Kosovar politicians of trying to start a conflict and even threatened to send Serbian armed forces into the country.

Ethnic Albanians in Kosovo were also angered by the arrest in January of their former Prime Minister Ramush Haradinaj in Paris. The arrest was in response to an international warrant issued by Serbia, which wanted to try Haradinaj for war crimes allegedly committed during the conflict in the 1990s.

Relations between Serbia and Kosovo have remained strained since Albanian insurgents fought Serbian forces during the 1998-99 conflict. Though Pristina declared independence in 2008, Serbia denies Kosovo's sovereignty.

The president of Kosovo has accused Serbia of provoking fresh tensions in the region. In an interview with DW, Hashim Thaci warns that Belgrade is following Russia’s example in Ukraine. (29.01.2017)