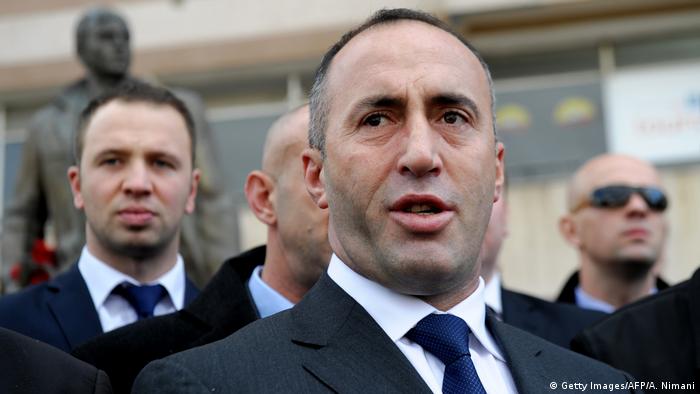 Following the arrest of former Kosovo Prime Minister Ramush Haradinaj, current Prime Minister Isa Mustafa said Friday that officials expect "the French government to take into consideration that such warrants are fully political and have no legal or juridical base."

Haradinaj was detained on his arrival at Basel-Mulhouse-Freiburg airport on Wednesday, close to the Swiss and German borders.

The 48-year-old leader of the opposition party Alliance for the Future of Kosovo (AAK) was travelling on a diplomatic passport when he was stopped.

A former commander of the Kosovo Liberation Army (KLA) during Kosovo's 1998-1999 war for independence from Serbia, Haradinaj is accused by Serbia of committing war crimes including kidnappings, torture and killings against Serb civilians when he was a senior rebel commander in western Kosovo.

Haradinaj became prime minister in 2004 but stepped down after just over three months to face 37 charges of war crimes at the International Criminal Tribunal for the former Yugoslavia (ICTY). He was acquitted in 2008, and again in a partial retrial in 2012.

In June 2015, Haradinaj was also arrested by Slovenian police, but was released after two days following diplomatic pressure.

"We, members of the Kosovo Liberation Army, are proud to have fought against discriminating and criminal laws of Slobodan Milosevic's regime," he wrote on Facebook.

A French court ruled on Thursday, however, that that Ramush Haradinaj should stay in custody during extradition proceedings where the court will decide whether to turn him over to Serbian officials who have issued an international arrest warrant.

Serbia called on France on Thursday to act by a "rule of law" by handing over the former Kosovar prime minister.

"Our prosecutors have collected a lot of data, a lot of evidence implicating Ramush Haradinaj," Vucic said.

As Pristina and Belgrade continue to hold EU-brokered talks to reconcile their differences, Pristina on Thursday denied a request from Serbian President Tomislav Nikolic to visit Kosovo.

"The Kosovo government considers that Serbia's recent behavior and continuous statements are against the spirit of inter-state collaboration," a foreign ministry statement said.