Former Kosovo Prime Minister Ramush Haradinaj has been detained in Slovenia. He is wanted by Serbia for his alleged role as a guerrilla commander during the Kosovo war that came to an end in 1999. 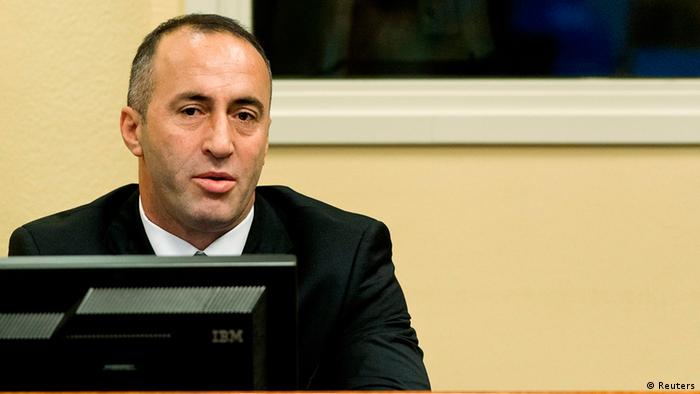 Haradinaj's party, the Alliance for the Future of Kosovo, confirmed Wednesday he had been "stopped" by police at Slovenia's Ljubljana airport on his return to Kosovo from Berlin.

The Slovenian police said "a citizen of Kosovo was arrested at Ljubljana airport," adding that a judge at the court in the city of Kranj in western Slovenia would determine future proceedings regarding the arrest.

Haradinaj's party called on Slovenia to allow Haradinaj to immediately resume his journey.

A government official in Serbia, speaking on condition of anonymity, said Haradinaj had been "stopped and held."

Serbia considers Haradinaj a war criminal for his role in leading a guerrilla insurgency in its former southern province of Kosovo, which declared independence with Western backing in 2008.

Haradinaj served briefly as prime minister of Kosovo in 2004 and 2005, while it was a ward of the United Nations, before being tried and acquitted twice of war crimes at a UN court in The Hague.

His arrest follows that of wartime Bosnian commander Naser Oric in Switzerland last week, also on a warrant issued by Serbia.