Rebels in eastern Ukraine have seized control of 40 factories and coal mines. They also took over a major aid distribution center. 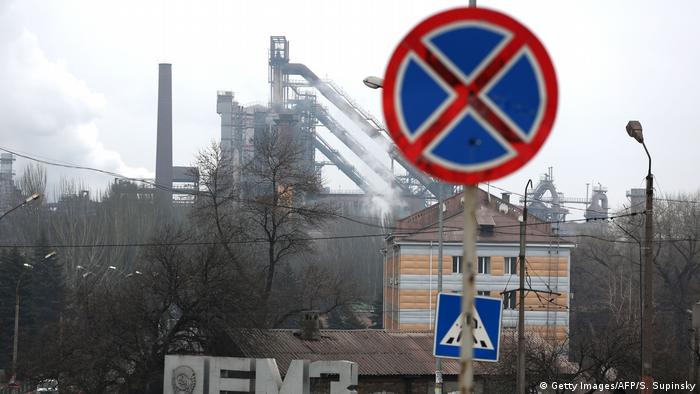 Russian-backed rebels in eastern Ukraine on Wednesday took control of dozens of businesses and coal mines, including several belonging to a foundation of the country's richest man, Rinat Akhmetov, who has provided humanitarian aid to millions of civilians.

Ukrainian right-wing nationalists and war veterans have blocked rail trafficfrom rebel-held territory since January, disrupting trade and vital coal shipments from the east to territory controlled by the government. The forces implementing the blockade say the trade helps fund rebels in a nearly three year conflict. More than 10,000 people have died and hundreds of thousands have been displaced.

"We are proud that the blockade has hit the pockets of the occupiers. We should call a war and stop business in blood and all trade with the occupied territories," parliament member Semen Semenchenko, a blockade advocate, told AP.

The Ukrainian government opposes the blockade and has warned of blackouts and factory closures if coal is not transported. But as it faces nationalist pressure in parliament President Petro Poroshenko has done nothing to break the blockade.

"The consequences of the blockade are ruinous to the government of our state," Prime Minister Volodymyr Groysman told a cabinet meeting on Wednesday.

Rebels said earlier this week they would take over Ukrainian-owned companies if the government did not move to lift the blockade.

Donetsk rebel leader Alexander Zakharchenko said Wednesday that the 40 factories and coal mines had been taken over in retaliation against the continued blockade. Among the firms seized were those of billionaire Akhmetov, whose vast business empire includes steel works, coal mines and telecom giant Ukrtelecom.

"Our company's office in Donetsk and equipment have been seized," Ukrtelecom's director, Mikhail Shuranov, said in a post on Facebook. "The company has cut off the Donetsk sector from the national network," he said. "Around 200,000 of our citizens have lost a means of communication."

Akhmetov's holding company, Metinvest, announced earlier this week that it had ceased steel mill and coal mining operations because of the blockade. In Lugansk, rebel authorities said this week they too had seized three Akhmetov-owned coal mines.

A foundation belonging to Akhmetov has provided humanitarian aid to civilians impacted by the conflict. Some 11 million food packets have been distributed in the region. On Wednesday, the foundation said it was forced to stop deliveries of humanitarian aid after armed men prevented distribution.

The seizure of distribution facilities "is a threat to the lives of Donbass civilians who became hostages of the armed conflict and found themselves on the verge of survival in the heart of Europe in the 21st century," the foundation said in a statement.

Russia also delivers aid to eastern Ukraine, but unlike Akhmetov's foundation it does not go directly to civilians and has been falling into rebel hands.

Kremlin spokesman Dmitry Peskov said that given the blockade the rebel move "can be understood to a degree."

The blockade and asset seizures add to an already fragile situation, with a recent flare up in violence along the contact line and a Russian decision last month to recognize passports and other documents issued by the rebels.