The latest Ukraine ceasefire pledge remains unfulfilled as observers fear worse violence to come in the spring. Children are terrified of going to school due to constant shelling. 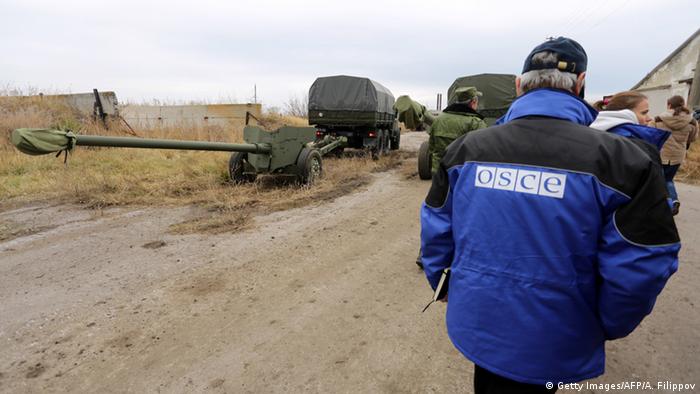 A new attempt to enforce the two-year-old Minsk ceasefire in eastern Ukraine was announced at the Munich Security Conference - but along the contact line between Ukrainian government troops and the Russian-backed separatists, the only change between the "start date" of February 20 and the day before was an increased number of violations.

A few days later, one of the unarmed civilian teams from the Organization for Security and Cooperation in Europe (OSCE) there to monitor implementation of the accord was fired at and had one of their observation drones stolen by "Russian-speaking" soldiers. That same day, OSCE monitors spread out along the line of contact reported almost 3,000 ceasefire violations - an incredibly high number but nowhere near that of 31 January, which saw some 11,000 violations within just 24 hours.

In short,the Minsk ceasefire exists in name only, with endless iterations of "recommitments" to the deal rendered meaningless by the incessant shelling.

The deputy head of the OSCE monitoring mission, Alexander Hug, expressed exasperation with statements recycling the accord while it's being disrespected daily on the ground, as his teams diligently record. "It's very confusing to have a 'ceasefire' within a 'ceasefire' next to a 'ceasefire' above a 'ceasefire' under a 'ceasefire' around a 'ceasefire'," he said in Brussels, in between meetings with officials from NATO and the European Union. 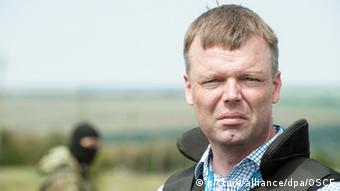 Extremely dire humanitarian conditions are worsening, officials say, adding that some villages having been deprived of winter heating for three years now, with children terrified to go to school due to constant shelling. Hug says the "population of eastern Ukraine doesn't understand any longer why this thing doesn't end despite these commitments of leaders."

Those leaders include more than just the Ukrainian government and the rebels that signed an original but failed protocol under the auspices of the OSCE in 2014. The French and German governments joined the Russian and Ukrainian leaders in reviving the Minsk plan in February 2015. German Chancellor Angela Merkel said earlier this month in Munich that she's still "ready to devote a lot of time and energy to this, and to keep working at it even in the face of disappointments.”

Europe takes its eye off the Donbass ball

But Nick Witney of the European Council on Foreign Relations suggests Merkel and her French counterpart Francois Hollandemay be too distracted by election campaigns and domestic challenges to put the necessary time into Ukraine.

"In some ways it's right and inevitable that Europe is taking care of their own business for the next months," Witney told DW. "2017 is a year of existential threat for the EU and it has to deal with that first - Putin knows this."

Witney doesn't believe Putin necessarily wants to seize more land from Ukraine after the 2014 annexation of Crimea, but simply to keep the chaos churning in the disputed Donbass region so Kyiv and the west are off-balance. What's happening in Washington doesn't help, he explained, with administration appointees holding one view on Russia and the president a different one.Though the U.S. State Department did issue a condemnation of the shooting incident against the OSCE monitors, President Trump has also hinted he's looking at ways to ease sanctions against the Kremlin.

"It's a bit of a poker game with the new Trump administration," Witney said. "No one knows what will happen in the end. With regard to sanctions: If Trump lifts them, the EU will  not be able to hold on to them. We got used to the idea that the EU should control its neighborhood, but we are in fact rather powerless and in the hands of Trump and[Russian President Vladimir] Putin. What we can and should do is not ease an inch and hold our policy line."

But Putin has played a daring card in that poker game, announcing Moscow would recognize new travel documents issued by the separatist administrations in eastern Ukraine,a move widely decried as a blatant violation of Minsk.

EU foreign policy chief Federica Mogherini raised that issue with Russian Foreign Minister Sergei Lavrov, according to her spokeswoman Maja Kocijancic. "We believe the decree is not in keeping with the spirit of the Minsk agreement," Kocijancic told DW. "It's also quite clear that the travel documents issued are not recognized within the EU. We remain unwavering in our support for Ukraine's territorial integrity, sovereignty and unity."  Since then, the rebels have announced they'll also start using the Russian ruble rather than Ukraine's hryvnia, beginning March 1.

Kocijancic voiced the European Union's support for the OSCE mission, condemning the February 24 incident targeting the monitors and the seizure of their drone. "We call for full unhindered and safe access for the monitoring mission," she added. "It's crucial that this ceasefire is implemented; we've seen too many that haven't been respected."

While at the time of this discussion with DW there was a slight drop in the number of ceasefire violations, Hug says there will only be stable cessation of hostilities when both parties fulfill their obligations to equally pull back heavy equipment and personnel from the line of contact to create a weapons-free security zone of a minimum 50 km (31 miles) across.

If that doesn't happen, Hug warned, there's the risk that the next flare-up will be even more extreme than the one in late January.

"The problem is that the underlying cause has not changed," he explained, adding that the weapons are still there. "We see it every day: this 'relative calm' will not be used by the sides to enjoy the spring sun, it will be used to rotate, to resupply ammunition, to train and to reinforce their positions so the tense situation will even be made more tense now."

Hug warned the international community is just "taping up a very ugly wound" while the infection that causes it goes untreated.