Seehofer in Moscow: Not in Merkel's interest

The CSU's adjunct foreign policy is legendary. Now, Horst Seehofer is flying to Moscow. It is a politically juicy and controversial visit by the Bavarian in a period of upheaval in German-Russian relations. 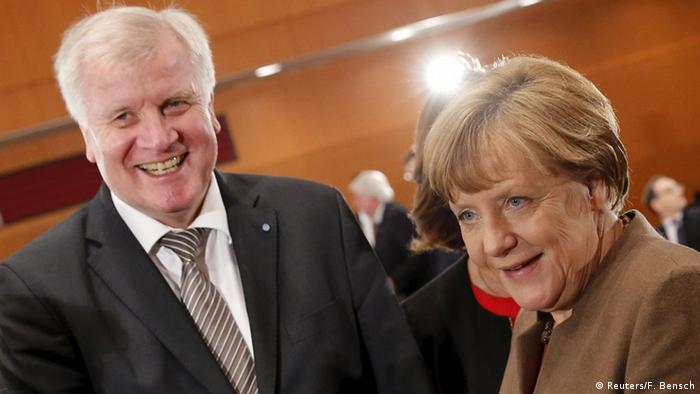 Seldom have relations between Berlin and Moscow been in such a poor state as they are now. Even Frank-Walter Steinmeier, Angela Merkel's man for diplomacy, cannot shift opinions in the Russian capital. And now, in the middle of this diplomatic deep freeze, Horst Seehofer (above with Chancellor Merkel) will honor Kremlin boss Vladimir Putin with a visit on Thursday. Seehofer, of all people - Merkel's biggest refugee policy critic. A man that loves to polarize. The wrong man in the wrong place at the wrong time?

"How can we inflame the world?" That is the question that Seehofer regularly puts to his advisers when the republic has not heard anything from Bavaria or his Christian Social Union (CSU) for a few days. Ever since hundreds of thousands of refugees began flooding into Germany through Bavaria, he has not had to worry about getting enough publicity. Seehofer is Merkel's most dangerous critic. For months he has been bombarding the chancellor with ultimatums. He finds the chancellor's refugee policy to be utterly flawed, not just in the details, but fundamentally. He may be flying to meet Putin as the state premier of Bavaria, but he will be received in Moscow as a representative of one of Germany's three governing parties.

Heading to Moscow in times of Russian propaganda

Seehofer's Moscow visit is taking place at a moment in which the Kremlin is on the offensive in its attempt to influence public opinion in Germany. The extensive interview that Putin recently granted Germany's Bild Zeitung, a tabloid, was likely a conventional means of peddling Russian PR in Germany. Yet, the claim that Lisa, a 13-year-old Russian-German girl, was abducted and repeatedly raped by Arab refugees had elements of a smear campaign against Germany. The harsh tone that Russian Foreign Minister Sergey Lavrov used in railing against Germany's judiciary was especially conspicuous. 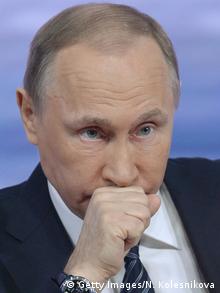 Russia, in instigating radical rightwing networks - particularly the AfD (Alternative for Germany) and Pegida (a rightwing movement) - is pushing a form of politics that endangers the willingness of Germans to accept refugees, says CDU politician Roderich Kiesewetter. Against this backdrop, Seehofer's upcoming trip to Moscow is a mistake.

The CSU was already calling for closer cooperation with Moscow when the Syrian crisis began. In September, Seehofer exclaimed that the situation in Syria could not be brought under control without Putin's help. His understanding for Russia and his frontal attacks on Merkel within the coalition in Berlin play straight into Putin's hands: For he seeks to sow discord within Germany and the EU - CDU politician Kiesewetter is certain of it.

Putin's and Seehofer's goal? The end of sanctions!

The Russian strongman and the Bavarian have a common interest though: The end of the EU's economic sanctions against Russia. Following Russia's annexation of Crimea, Brussels put a portion of its trade with Russia on ice. The sanctions have been extended several times since then. Moscow reacted by slapping counter sanctions on the majority of the EU's agricultural products. Bavarian farmers suffered as a result. Seehofer sees himself as a representative of his state's economic interests, and the state's message is clear: Mid-sized businesses, manufacturing and trade want to get back to business as usual as soon as possible.

The CSU's brand of foreign policy has always had something unique about it. CSU grandees Franz-Josef Strauss and Edmund Stoiber were always good for political bomb shells on the domestic front. Strauss' "foreign policy on our own terms" was legendary. In 1983, he extended millions of marks in loans to the crumbling leadership of the East German GDR, for which he was roundly criticized even within his own party. Regular contact with South Africa's apartheid government, especially President Pieter Willem Botha, or to Paraguayan Dictator Alfredo Stroessner stand as demonstrative examples of the state's own foreign policy activities.

No wonder then, that Horst Seehofer sees himself in this tradition and, as in 2014, has even lauded his own international experience. (He has visited every continent except Australia). On his journeys he concentrates, above all, on pursuing the economic interests of local businesses. But the flood of refugees has given new arguments to the Bavarian's foreign policy ambitions. Since refugees began arriving in Germany via Bavaria, the state's domestic policies have become federally and internationally relevant. That is a novelty.

Now, only the question of what exactly Seehofer and Merkel have agreed to before his departure remains. Western politicians have a poor reputation in Russia. Merkel is an exception. Her understanding, her toughness and her steely nerves garner respect there. Whether the emotional Seehofer is able to stand up to Putin's persuasiveness will determine if the trip simply becomes a historical footnote - or further strains the fragile coalition in Berlin.

In the past six months, "We can do it" has been Angela Merkel's mantra on the refugee crisis. She will not budge from that standpoint, no matter how much pressure is mounting on her. (22.01.2016)