As Germany's interior minister faced a special select committee, another surveillance program - also called Prism - has come to light. Unlike its more famous global namesake, this Prism is said to be used in Afghanistan. 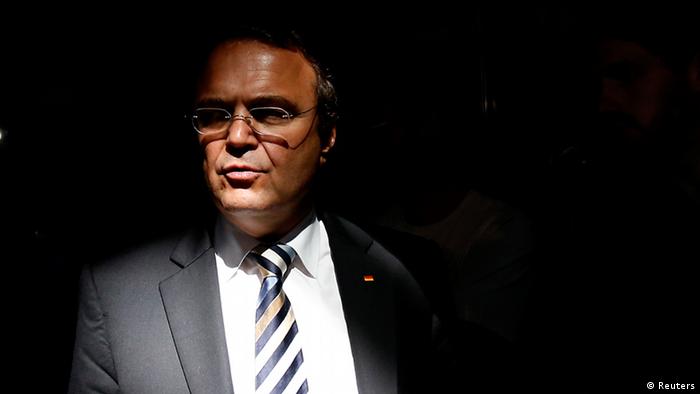 German mass-circulation daily Bild first found reference to the Afghanistan Prism program in an order sent out to regional command posts from the NATO headquarters in Kabul.

The communiqué told ISAF staff to use this Prism database for any data gleaned from monitoring telecommunications or emails, starting on September 15, 2011.

The German government said it knew nothing about the database, run by the US but accessible to ISAF troops across Afghanistan - including those with Germany's Bundeswehr - until Wednesday's report.

"I can only tell you that this was a NATO/ISAF program, one that was not classified as secret - according to the BND," Chancellor Merkel's spokesman Steffen Seibert said. Seibert was referring to a press release from Germany's equivalent to Washington’s National Security Agency (NSA), the Bundesnachrichtendienst (BND). The BND also said this Prism was "not identical" to the now renowned program revealed by NSA contractor turned whistleblower Edward Snowden in May.

Another ministerial spokesman, Stefan Paris with the defense ministry, said it was quite normal for information like this not to filter back to Berlin unless there was a specific need.

Elsewhere in Berlin, Interior Minister Hans-Peter Friedrich completed two days in front of the special committee for internal affairs on Wednesday, facing further questions after his impromptu visit to Washington at the weekend.

"Everywhere people seem to accept the way the US side is acting with a shrug of the shoulders, while there's no clarity anywhere," Social Democrat parliamentarian Michael Hartmann said, adding that he felt the chancellor's office should be answering questions instead of the interior ministry.

"My personal impression: Before September 22, nothing is meant to be put on the table here," Green party politician Wolfgang Wieland said, naming the date of federal elections in Germany.

Friedrich has so far stressed the NSA's supposed contribution to stopping five terror plots in Germany, offering data on two of them to date, when discussing the issue. The minister controversially said on Monday that there was a "super-fundamental right" to protecting public safety that trumped even privacy laws.

Merkel said in a key television interview on Sunday that she would be seeking unified EU rules on data protection to allow the bloc to handle the issue better.

According to Wolff, Friedrich said that the UK was unlikely to support such a move. Since Snowden went public, a UK espionage program called "Tempora" has also come to light.

Friedrich is a member of the Bavarian sister party of Merkel's Christian Democrats, the CSU. Bavaria votes in state elections one week before the German ballot.