The Catalan independence movement is flying high at the moment, says Spain expert Klaus-Jürgen Nagel. For Barcelona, Scotland's fight for sovereignty provides a model of what could be possible in Spain. 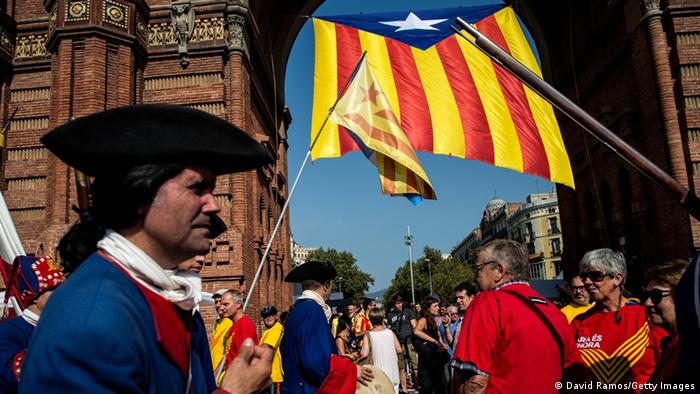 Deutsche Welle: Hundreds of thousands of people took to the streets of Barcelona to demand a referendum about Catalonia's independence. Has the Catalan independence movement been influenced by the Scotland's possible secession from Great Britain?

Klaus-Jürgen Nagel: Definitely. The Scottish example emboldens the Catalans. The British government has allowed a binding referendum on Scotland's independence for September 18. That's what the majority here demands from the Spanish government, but it has rejected it.

So there won't be a binding referendum in Catalonia like the one in Scotland?

At least it doesn't look like it. The Spanish government as well as the opposition and the lower house of parliament in Madrid have rejected all motions in that direction.

Yet people continue to hold out hope for independence. 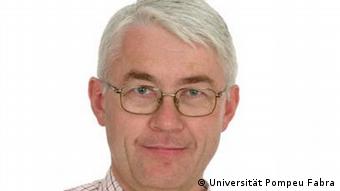 Nagel's research areas include nationalism and federalism in Europe

Yes, the majority of the population supports it. And the Catalan government has decided to hold a referendum on November 9 despite Madrid's resistance. That would only be a non-binding referendum from a legal point of view, though. The question is whether the Spanish government will prohibit this poll as it has threatened.

If a majority votes for independence, would the referendum have any consequences despite being non-binding?

Certainly. In a democracy when a majority makes its voice heard in a legitimate, consistent manner, then it's hard not to take such a view of the people into account. In the case of Scotland, even a close decision against independence would lead to an expansion of Scottish autonomy.

Is the discussion about possible negative effects of independence as heated in Barcelona as it is in Edinburgh?

Yes. There are fierce discussions - among researchers as well as the political parties and on the advisory board that has been established by the Catalan government. So far there have been eight reports that have been ordered by the Catalan parliament about different questions. The Scottish situation is definitely different - there are nuclear weapons stored there - but the economic consequences in particular are discussed here as well.

What economic consequences do experts predict?

The scenarios include everything from heaven to hell - depending on which think tanks you believe. The majority of researchers assume that not all that much would change. An independent Catalonia could survive on its own. But it would come down to how the independence talks with Madrid would go - and how the European Union would position itself.

Should the Scots decide on independency, what do you think will happen in Catalonia?

That would obviously give a push to those fighting for a referendum and for independence from Spain. But everyone knows that independence there would also not appear overnight. Scotland, too, would see a negotiation process that would continue well into 2016. There are many issues to discuss: what happens to the currency, to the national debt, to international treaties, to EU-membership and so on. Extensive negotiations would be necessary in Catalonia as well.

Klaus-Jürgen Nagel is professor of political science at Pompeu Fabra University in Barcelona, the capital of the autonomous community of Catalonia.