British Prime Minister Boris Johnson has finally resigned as the United Kingdom's prime minister. His premiership was defined by one scandal after another. What long seemed impossible has finally happened. Boris Johnson, under increasing pressure from lawmakers in his own ranks, has agreed to give up leadership of the Conservative Party and step down as prime minister when his replacement is chosen.

This week, more than 50 UK parliamentarians resigned, with two top Cabinet ministers — Rishi Sunak and Sajid Javid — quitting within minutes of each other. The move came in response to multiple scandals and posed an unprecedented challenge for Johnson's premiership.

The leader had shaken off so many scandals prior, it seemed as if he were impervious to them. One after another, scandals rocked the United Kingdom, but Johnson miraculously maintained his political standing — leading British media to call him "Teflon Johnson."

The complete scandals of Boris Johnson are too many to list, yet he seems to have followed the same playbook in his approach to each: First, he breached the law or tried to bend it in his favor. Then he denied any wrongdoing. When caught he simply doubled down, insisting ignorance until he was forced to give a grudging apology.

Here, a handful of his many scandals:

Most recently, Johnson faced fierce criticism for the way he handled the case against Chris Pincher, a lawmaker accused of sexual harassment. The 52-year-old MP resigned on June 30, facing allegations of having groped two male colleagues at a nightclub. Over the following weekend, more allegations of sexual misconduct were revealed.

On July 1, Johnson's office said he had been unaware of Pincher's record. But this stance changed several times, with claims that Johnson only knew of charges that were, "either resolved or did not progress to a formal complaint."

Johnson finally apologized on Tuesday, stating that "it was a mistake" to appoint Pincher to the government. But the prime minister's overdue apology did little to calm the crisis that ultimately led to his resignation. 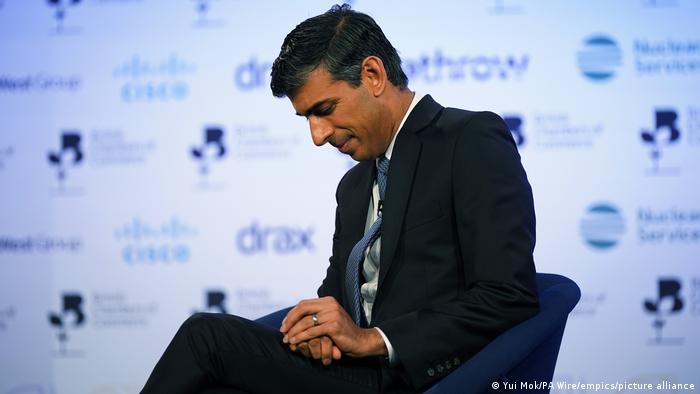 "Partygate" refers to a scandal over parties and events held in government buildings, and which were revealed to have violated the UK's strict COVID-19 lockdown rules.

Initially, Johnson denied being aware of illegal parties. He later said he sincerely believed at the time that gatherings did not break the law but accepted that he was mistaken.

The scandal was in the spotlight for months, as many of its details became known to the public only gradually.

For instance, it was revealed that one of the parties Johnson attended took place at the same time Queen Elizabeth had to be seated alone at the funeral of her husband Prince Philip, due to a ban on indoor gatherings.

In April 2022, Johnson was fined by the police for breaking lockdown rules, becoming the first British PM to face police sanctions while in office. 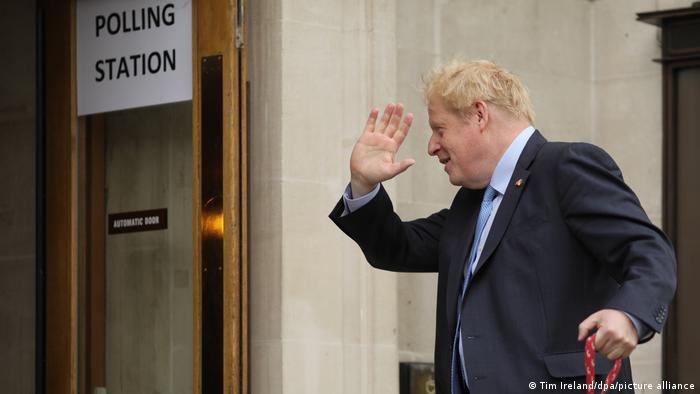 Johnson's renovation of his private residence came under scrutiny in May of last year, both for how much it cost and who funded it, leading to allegations of corruption for his failure to accurately report a donation that paid for it.

According to UK laws, information on political donations and loans of more than 7,500 pounds sterling (€10,244 or $10,400) must be publicly released four times a year. However, an official probe found that a Conservative Party donor paid more than 200,000 pounds for the refurbishment of the PM's official residence. Johnson did not report the donations, and as a result, the Conservative Party was fined 17,800 pounds in December last year.

In 2021, Johnson attempted to prevent the suspension of an influential Conservative parliamentarian who was accused of breaching lobbying rules.

The British Parliament's watchdog, known as the Standards Committee, found that Owen Paterson, a former minister, had received money, including at least two payments of 500,000 pounds, from several companies to lobby on their behalf.

In response, Johnson proposed major changes weakening the mechanisms for investigating lawmakers and pushed Conservative MPs to vote for it.

Facing a backlash both from Labour and Conservative MPs, Johnson abandoned the proposal. Paterson ultimately resigned, and his seat went to the Liberal Democrat Party in a December election.

At a news conference in November, Boris Johnson said that defending Owen Paterson was a "total mistake." 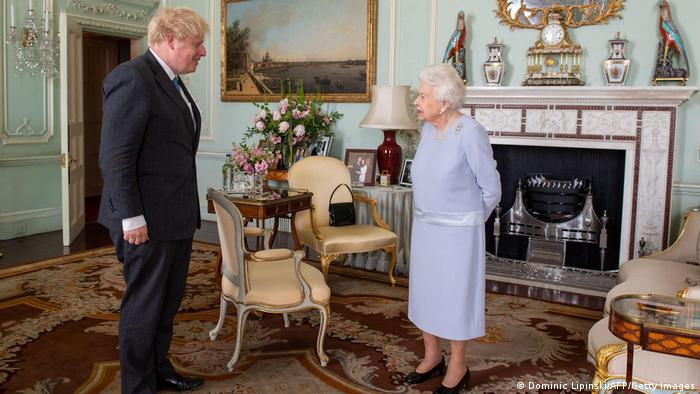 At the height of the Brexit crisis in 2019, Johnson asked Queen Elizabeth II to allow him to shut down Parliament for five weeks in a process known as prorogation. The move came as the country was approaching its deadline to leave the European Union, and Johnson found himself unable to reach an agreement with Parliament over how and when to exit the EU.

Ultimately, the Supreme Court of the United Kingdom determined that Johnson had acted illegally in seeking approval to shut down the government, and that he had potentially misled the queen into doing something unlawful. Johnson was later forced to personally apologize for having "embarrassed" the monarch according to UK media reports.

Now, just three weeks shy of three years at the helm of British politics, it seems the sum of Johnson's scandals have finally done him in. Though he has promised to leave the political stage, Johnson also pledged — duty bound as always — to hang on as a lame duck prime minister until a suitable replacement can be found.

Boris Johnson - gone, but not completely

Boris Johnson will not host wedding at Chequers government mansion 08.07.2022

The outgoing Prime Minister had been accused of prolonging his tenure to host his wedding at the Chequers government country estate.

After three tumultuous years in power and a mass revolt in the top ranks of his Conservative Party, British Prime Minister Boris Johnson has finally agreed to step down. But he's planning to cling on until his party chooses a new leader.