Save your Christmas — read books about science | Science | In-depth reporting on science and technology | DW | 12.12.2019

Save your Christmas — read books about science 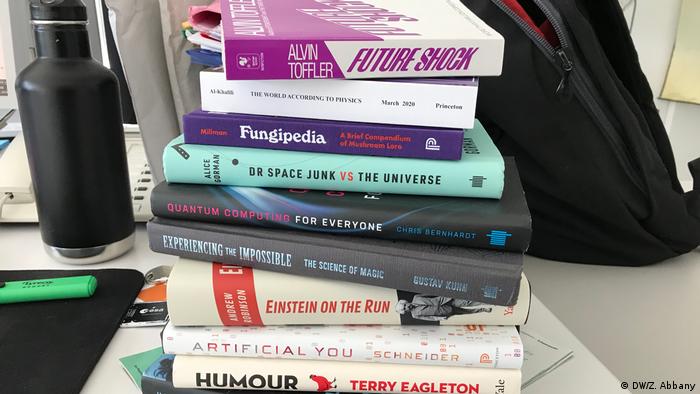 When I was growing up — in fact, when a lot of us pre-millennials were growing up — the year 2020 represented the future. It was, in a sense, humanity's destination.

That may have had something to do with futurist theory. But it may just as well have been something far more arbitrary, like the fact that the numeric alliteration "twenty-twenty" scans and sounds... well… like the future.

Or perhaps it was about 2020 vision, the idea of seeing things clearly. Seeing and feeling the future vividly. Like a place you want to be.

Read more: Why every brain needs a user's manual

As a child I never thought I'd ever get there. I've always thought the future is inherently, always, in front of me. And out of reach.

But that's all moot now. We're mere weeks away from the future that once was.

And it's for that reason that the first book I've selected for my Christmas stocking list of science books is one that was originally published in 1970.

No doubt there will be a special 50th anniversary edition of Alvin Toffler's seminal work, but why wait until then? You can read it now. My edition is from Bantam Books, an imprint of Penguin Random House. 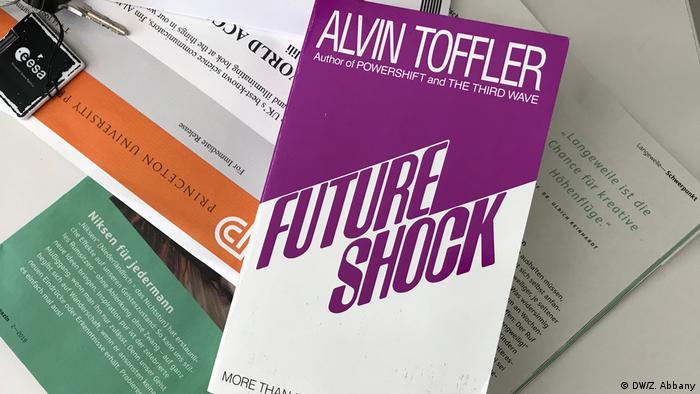 Toffler sold millions of copies of "Future Shock." But did we listen?

Toffler coined the phrase "future shock" to describe a social sickness, or "condition," that humans experience when they are overwhelmed by change — change at an ever-increasing pace.

"It breeds odd personalities," writes Toffler, "children who are 12 are no longer childlike; adults who at fifty are children of 12 […] rich men playacting poverty […] anarchists who, beneath their dirty denim shirts, are outrageous conformists…"

Now, I'm not about to review Future Shock — you'll have to read all the books on this list yourselves if you want the lowdown — but two things bear mentioning.

First, what strikes me most about Toffler's work is how little, it seems, any of us pay attention to change even when we're spinning out of control because of it.

Second, parts of Future Shock were originally published in Playboy. So, that may account for a lack of attentiveness among its earliest readers.

And there may well be other things that jar with today's world.

But Toffler says it himself, right at the start: "To prophecy is extremely difficult — especially with respect to the future."

Artificial You: AI and the Future of your Mind by Susan Schneider

Second on my list is one from Princeton University Press. Having just recorded an episode of the New Peers Review, our panel-discussion-cum-science-game-show on Artificial Intelligence in Berlin, I'm really drawn to this.

Often when we discuss AI, all our hopes and/or concerns are directed to or against The Machine. We're worried about the things that AI will do to us and how we won't even know or understand what it's thinking.

Susan Schneider, however, asks one of the most pertinent questions I've read all year: What is a person? 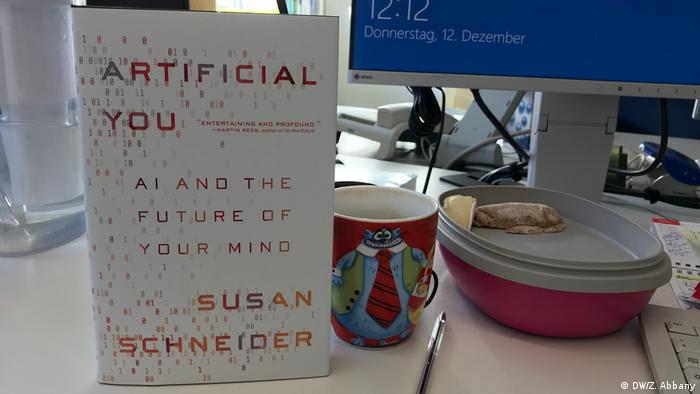 We accuse AI of being a "black box," a computer system driven by bias, making and enforcing decisions in split seconds.

Well, I think humans are black boxes, too. We're so human that when we meet people for the first time, it takes us less than a tenth of a second to form a first impression. We couldn't explain how we formed that first impression and yet we'd be happy to call our new acquaintance a d**k.

Okay. No more Mr. Sourpuss, I promise. Here's one on humor. You'll excuse the original, British spelling in the title, I hope. It's published by Yale University Press.

I loved reading Eagleton's "Humour." It didn't make me laugh an awful lot. It did make me think a heck of a lot more.

As with Schneider and Toffler, Eagleton will encourage you to question why we do what we do. What's going on in our brains and bodies when we laugh? 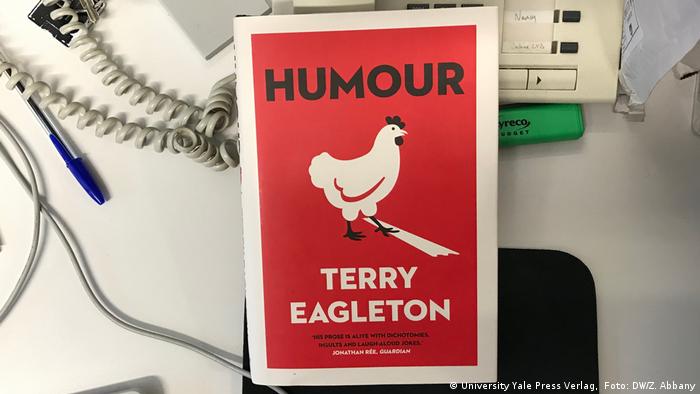 Science of funny: A good joke is like a chicken crossing the road. Until it goes too far.

From misunderstandings and blunders to puns, incongruities and dark "truths" about humanity, we find an "overdetermined" range of things funny. That's a Freudian term for you.

Often, it's a form of release from the strictures of society. And perhaps that's why there's always a backlash when people disapprove, "Ooh, you can't say that today!"

Read more: Why can't we tickle ourselves?

Even when I know I shouldn't, I may laugh at the foibles of another person, and when I do, I'm tickled by a little fear, knowing that next time that person could be me.

That's my reading of it, anyway. I shall try to remember Eagleton's words this Christmas. And I shall carry them into 2020. There'll be censors then as well.

Experiencing the Impossible: The Science of Magic by Gustav Kuhn

There is a system to my madness, trust me (I'm a journalist — ha!). This book, published by The MIT Press, belongs on this list. 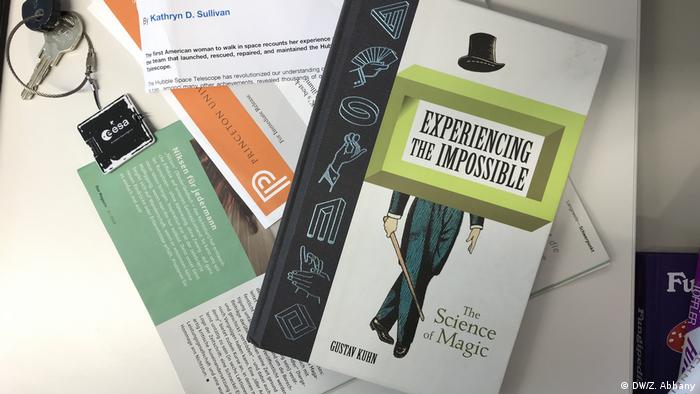 The science of magic may change the way you see the future. Or not.

It'll bridge the gap between this year and the next. Plus, it will keep you fascinated during those long, cold-meat dinners with the folks. That is, if you're celebrating this season … Jewish, Christian, Pagan, Buddhist, Zoroastrian, Shinto, Sikh, Hindu…

The future, as time itself, is an illusion. Just as I always thought as a kid, no one ever arrives in the future, no one even imagines the future. There is no future. All we see in front of us is all which we hope to have in the now.

We see what we want to believe. Same as with magic.

But there's another reason I like Kuhn's book. It's in a passage on the "unsettling features of our perceptual systems."

"My morning commute takes me through some of London's busiest transportation hubs," he writes, "yet I am perfectly capable of navigating my way through the crowds and rarely collide with fellow commuters."

You'll have to read the book to find out why Kuhn mentions it. But it spoke to me, because I'm so chuffed he's seen what I see too. In London, commuters don't collide. Come to Germany, and collision is a way of life. 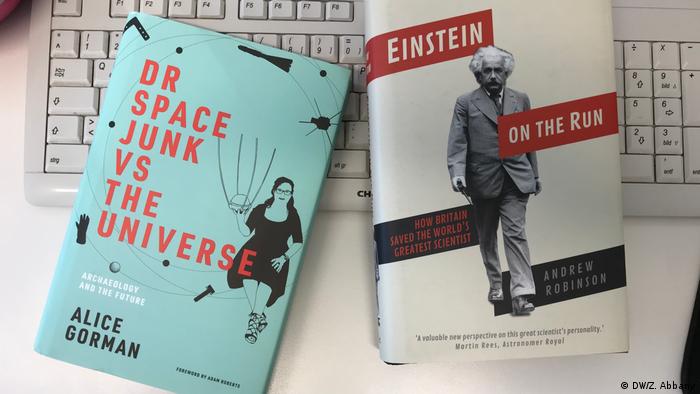 You may also like... A book about future archaeology in space and one about how "Britain saved the world's greatest scientist"

The World According to Physics by Jim Al-Khalili (March 2020)

Einstein on the Run by Andrew Robinson

Dr. Space Junk vs The Universe: Archaeology and the Future by Alice Gorman

Quantum Computing for Everyone by Chris Bernhardt

Fungipedia: A Brief Compendium of Mushroom Lore by Lawrence Millman