Saudi sportswashing: Ruiz and Joshua to face off as Rory McIlroy turns down offer

The heavyweight rematch between Andy Ruiz Jr. and Anthony Joshua takes place in Saudia Arabia on Saturday. But other sports stars have refused to travel to the Kingdom that has been criticized by human rights activists. 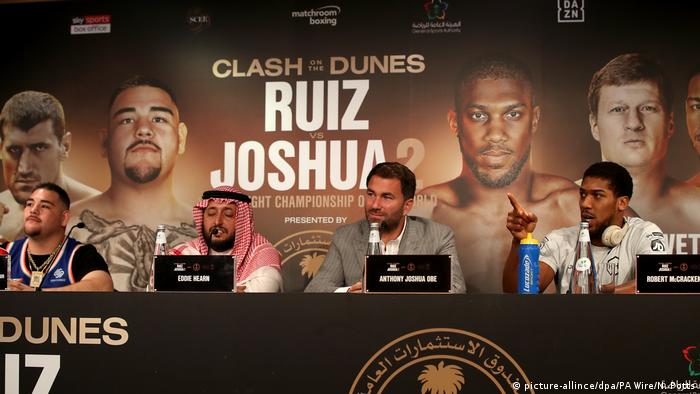 All eyes will be on Diriyah, just to the northwest of the Saudi Arabian capital Riyadh, on Saturday night as Great Britain's Anthony Joshua looks to regain his WBA, WBO and IBF titles from Andy Ruiz Jr.

The American pulled off a shock victory at Madison Square Garden in New York back in June when he inflicted a first-ever career defeat on Joshua, winning by technical knockout in the seventh round. Now Joshua, 30, is looking to take back his titles – and avenge his defeat – when the pair meet again in Saudi Arabia in a fight being dubbed the "Clash on the Dunes."

The event is part of the desert kingdom's "Diriyah Season," described by Saudi promoters as an "unmissable set of international sports and entertainment events" in Diriyah, the former location of the Al Saud family's royal palace and now a UNESCO World Heritage Site. The fight is to take place at the 15,000-capacity Diriyah Arena, built especially for the event by UK exhibitor and contractor Arena, and is the first-ever heavyweight world title fight to be held in the Middle East.

However, critics insist that the country's authorities are trying to use the fight, and other sporting events such as last month's Diriyah E-Prix, next week's Diriyah Tennis Cup and the Diriyah Equestrian Festival, to launder the country's image and gloss over what Amnesty International describes as "egregious human rights violations." This phenomenon is often called "sportswashing."

According to Amnesty International, 146 beheadings have taken place in Saudia Arabia this year alone – many in Riyadh's Al-Safaa Square, just 6 miles (10 kilometers) to the south of the luxury downtown hotels where Joshua and Ruiz Jr. will be staying. The name translates as Justice Square, but it is colloquially known as "Chop Chop Square." 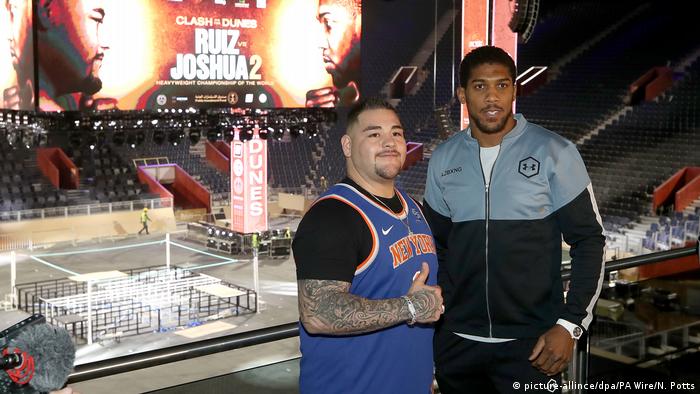 Clash on the Dunes: Andy Ruiz Jr. and Anthony Joshua pose at the Diriyah Arena ahead of their fight

"Saudi Arabia has an appalling human rights record," said Amnesty in a statement last week as the country took over the presidency of the G20 global economic forum.

"The authorities have systematically carried out arbitrary arrests targeting peaceful activists, journalists, academics and women human rights defenders, as well as executions following unfair trials and routine torture and other ill-treatment in custody," it said.

Just over a year ago, the world was shocked by the brutal murder of Jamal Khashoggi, a Saudi dissident and Washington Post columnist, inside the Saudi Arabian embassy in Istanbul, Turkey, allegedly on the orders of Saudi Crown Prince Mohammed Bin Salman, the man behind the "Diriyah Season." Saudi Foreign Minister Adel al-Jubeir, though, dismissed a United Nations report on the case released this past summer, saying it "contains clear contradictions and baseless allegations."

"The fight is being staged against a backdrop of worsening repression in Saudi Arabia," Felix Jakens, Amnesty International UK's Head of Campaigns, told the Telegraph newspaper. "There's already been a sustained and sweeping human rights crackdown, with women's rights activists, lawyers and members of the Shia minority community all targeted.

"And now there are further extremely worrying reports of a fresh wave of arrests. We're urgently seeking further information about these reports, which mark yet another serious downturn in the human rights situation in the country."

Amnesty had previously called on Anthony Joshua to "inform himself of the human rights situation in Saudi Arabia and be ready to speak out," but the Watford-born fighter has consistently batted away criticism.

"I appreciate them voicing an opinion, and it's good to talk about issues in the world," said Joshua, who is rumored to be making over $50 million (€45 million) from the fight. "But I'm there to fight. I've actually been to Saudi Arabia and I'm building a relationship, rather than just accusing, pointing fingers and shouting from Great Britain."

His promoter, Eddie Hearn, has been even more forceful, insisting that his responsibility is to look after the best interests of his fighters and even claiming that Saudi Arabia could soon overtake the UK and even Las Vegas as the most prestigious location for boxing. 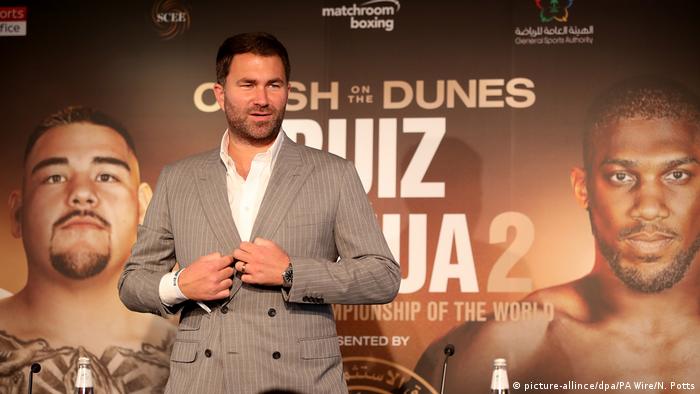 And not only boxing; as the Daily Mail reported on Wednesday, the country is planning to build a $400 billion cross-border "sports city" governed by "Western" rather than Islamic law.

The city on the Red Sea, which is to be called Neom, is part of the Kingdom's "Vision 2030" and is to operate separately from the rest of country with different laws governing workers' and women's rights, and the sale and consumption of alcohol permitted. Besides sportswashing, the aim is to further boost Saudi Arabia's sports tourism industry to allow the country to become less reliant on oil.

But not everyone is playing ball and other sporting superstars have also opted not to compete in Saudi Arabia. According to British media, the world No. 2 golfer Rory McIlroy turned down a $2.5 million offer to appear in the second Saudi International in February 2020. "It doesn't matter what they'd offered, Rory was going to say no anyway," a source close to the Northern Irishman told the Telegraph.

Last year, Tiger Woods turned down a check believed to be worth $3.5 million to play in the inaugural edition of the Saudi tournament, while England's Paul Casey has also snubbed the country. But five-time major champion Phil Mickelson has accepted the call and will join defending champion Dustin Johnson and world No. 1 Brooks Koepka at the Royal Greens Golf and Country Club in King Abdullah Economic City. 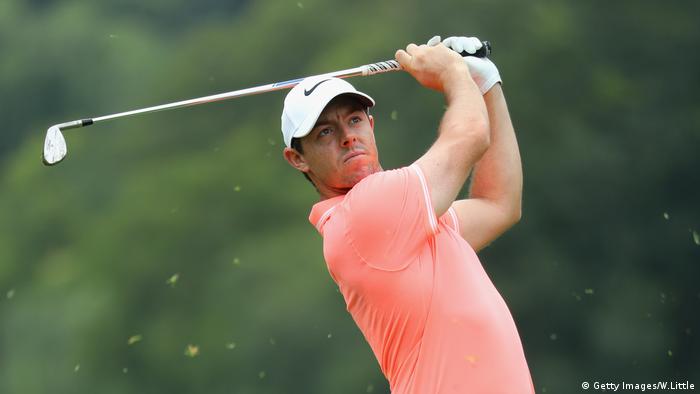 Boxing, golf, tennis, motor racing, equestrian; Saudi Arabia is spreading its influence in the world of sports, and the world's most popular sport, football, is no exception. In January 2015, German champions Bayern Munich drew widespread criticism for playing an exhibition match against Saudi Arabian side Al-Hilal – in the same month that Raif Badawi, a dissident Saudi blogger, was publicly flogged in Jeddah.

Bayern, however, have closer links with Saudi Arabia's regional rival Qatar and are to travel to the Persian Gulf state for a 10th annual winter training camp in January. The club has also partnered with Doha Airport and state airline Qatar Airways in recent years, much to the consternation of some hardcore supporters.

With Qatar also owning French side Paris Saint-Germain, and English side Manchester City in the hands of the emirate of Abu Dhabi, another regional rival, a Saudi foray into European football club ownership seems inevitable from a geopolitical point of view.

In 2017, Saudi Arabia agreed a "strategic partnership” with record English champions Manchester United as part of the nation's Vision 2030, while Saudi Telecom is the club's "Official Mobile Communications Partner" in the country. Rumors that Crown Prince Bin Salman is interested in purchasing the club from its current owners, the American Glazer family, persist.

For Andy Ruiz Jr. and Anthony Joshua, there are prestigious titles and huge purses to be won in Diriyah on Saturday night. But for Saudi Arabia, the prize could be much greater.