The UN said that Khashoggi was "the victim of a brutal and premeditated" murder, "planned and perpetrated" by Saudi officials. The journalist was allegedly strangled in the Saudi consulate in Istanbul.

That is the conclusion of Agnes Callamard, the UN special rapporteur on extrajudicial executions, who on Wednesday issued her report on the killing.

The report stressed that "no conclusion is made as to guilt," but Callamard called for "targeted sanctions" against the crown prince.

"The report of the rapporteur in the human rights council contains clear contradictions and baseless allegations which challenge its credibility," he wrote on Twitter.

The report will be presented to the UN Human Rights Council, whose 47 members include Saudi Arabia, on June 26.

Callamard led an international inquiry into the killing in the Saudi consulate in Istanbul. 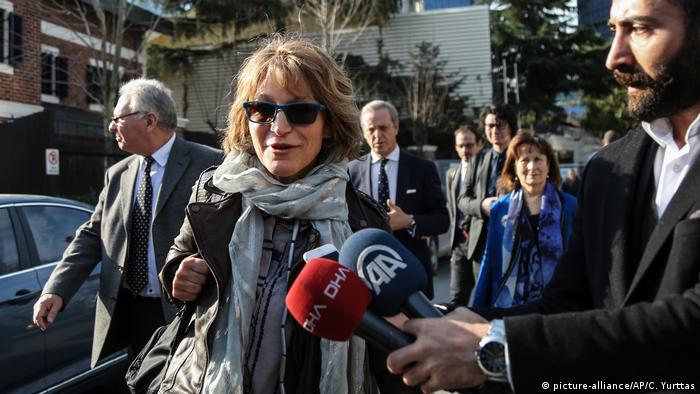 After a visit to Turkey in February, Callamard said that Turkish investigators were hampered in their investigation of Khashoggi's killing in Istanbul.

"Evidence collected during my mission to Turkey shows [a] prima facie case that Mr. Khashoggi was the victim of a brutal and premeditated killing, planned and perpetrated by officials of the state of Saudi Arabia," Callamard said.

The UN investigator said that her team could not find Khashoggi's remains but did have access to some "chilling and gruesome audio materials" obtained by Turkish authorities.

Khashoggi, a columnist for The Washington Post and an outspoken critic of Saudi Arabia's ruling family, was killed on October 2 at the Saudi consulate in Istanbul. He had been living in exile in the US and was picking up paperwork ahead of his marriage.

His murder sparked an international outcry. Saudi Arabia initially denied that he had been killed, and US intelligence officials, among others, accused the crown prince of direct involvement in the murder.

In January, Saudi authorities opened the murder trial in Riyadh, with the state prosecution announcing it would seek death sentences for five of the 11 suspects.

Turkish officials sought to have the Saudi suspects extradited to Turkey to stand trial there, but Saudi Arabia repeatedly turned down the requests.

China, Saudi Arabia, Qatar, Turkey and other countries are lending a helping hand to Pakistan amid devastating floods. A UN agency has said the crisis could also aggravate food insecurity in neighboring Afghanistan.