The journalist Raif Badawi has been in prison for five years. His crime was writing critically about politics and society in Saudi Arabia. The fight for his release goes on. 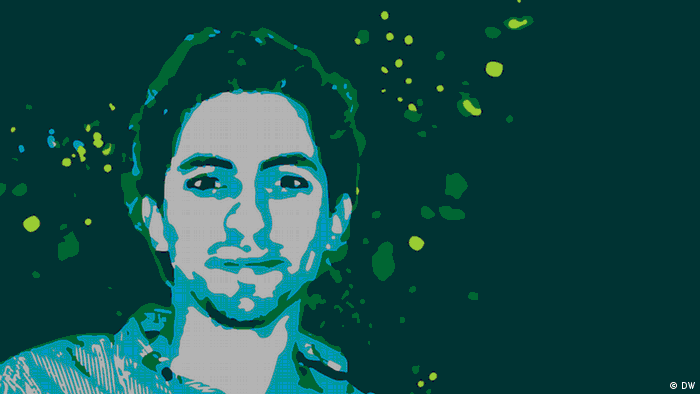 Ensaf Haidar called her husband, the Saudi blogger Raif Badawi, 20, 30, maybe 50 times on June 17, 2012, until a stranger finally picked up. She asked where her husband was. "In jail," he answered.

"And," Haidar would later write in her book, "Raif Badawi, The Voice of Freedom: My Husband, Our Story," "before I could ask him anything else, he simply hung up." 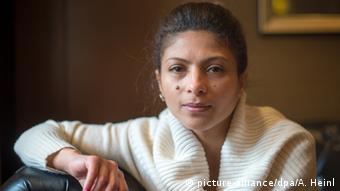 Haidar has been tireless in her campaign for her husband's release

Badawi was eventually charged with apostasy, which judges saw evidence of in the blog entries he had written. "For a long time," Haidar wrote in the book, "no one knew what he would be charged with - nor how long he would be in prison."

Ensaf Haidar in her own words

"It's not fair that our father is in prison. He's not killed anybody. He just created a blog. It's not illegal," Najwa, one of his two daughters, said in a video released by Amnesty International.

Badawi was punished for writings that Saudi Arabia's theocratic authorities consider damnable. For example, in a 2010 entry later republished in his collection, "1,000 Lashes: Because I Say What I Think," Badawi made the case for a "culture of life."

"What we need most urgently here in the Arab, or rather the Islamic world, is a recognition of the individuals who live in these societies," Badawi wrote. Beyond that, he added, those individuals need "acknowledgment of their freedom and respect for their ideas - that is: recognition of all those who fight against the concept of theocracy as a top priority."

In other posts from 2010, Badawi addressed intellectual freedom, which, he wrote, is under grave threat in many Arab countries. He wrote that repression leads to consequences that could be disastrous for the region in the long term: "I'm really worried that Arab thinkers will migrate in search of fresh air and to escape the sword of the religious authorities."

Dissident voices such as Badawi's are a threat to Saudi Arabia's strictly controlled ideological hierarchy. "They want everyone to be of the same opinion," Haidar told DW in an interview published in May. "They are scared of diversity of opinion."

It is indeed possible that the Saudi state , in languid attempts at reform, will one day release Badawi. Haidar and their three children will live in uncertainty until then. And she and her supporters will continue tocampaign for the imprisoned journalist.

"I hope that one day the Saudi government will realize that freedom of opinion is a right that every human has," Haidar told DW in May. "Raif always expressed himself peacefully, and he loves his country. That gives me cause to hope he will soon be released."