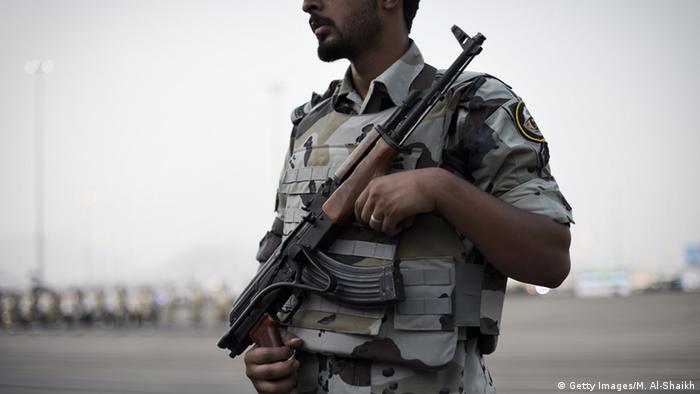 Officials said they had detained two Yemeni members of the so-called "Islamic State" (IS) jihadist group who were living in the kingdom under aliases, according to the state news agency SPA.

SPA said the two alleged suicide bombers were apprehended before they reached the target location and that authorities had succeeded in "neutralizing their danger."

It said two Saudi nationals were also arrested and authorities were investigating their relationship to the two Yemenis.

Authorities said they had located a safe house in a Riyadh neighborhood that was used for terror training.

In July 2016, suspected IS suicide bombers detonated four explosions at three locations in the kingdom during the Holy Month of Ramadan. The sites included a mosque in Medina said to have originally been built by the Prophet Muhammad, another mosque in Qatif, and close to the US consulate in Jeddah.

IS has for years criticized Saudi Arabia's leadership, accusing the Western-allied oil exporter of deviating from the group's strict interpretation of Islam and advancing the interests of their US enemies.

Saudi leaders have also come under fierce criticism for leading a military coalition to support the Yemeni government of President Abdrabbuh Mansour Hadi after Iran-backed Houthi rebels forced him into exile. Saudi-led airstrikes have led to 5,144 civilian deaths, according to the United Nations, amid accusations of human rights violations.

Also on Monday, SPA said authorities had uncovered evidence of foreign spying by a group of people it did not name.

The Reuters news agency cited an anonymous Saudi security source as saying the suspects were accused of "espionage activities" for, among others, the Muslim Brotherhood, which Riyadh has classified as a terrorist organization.

Several suspects are in custody and one of them is a member of the armed Houthi movement, the source told Reuters.

A group of Arab countries that cut ties with Qatar earlier this week has produced a list of people it claims are linked to terrorism. Qatar has vowed it would not "surrender" to the mounting pressure. (09.06.2017)

Sweden: Mom arrested on suspicion of locking son up for decades 53m ago

NATO meeting: Germany hopes for continued US support in Afghanistan 2h ago