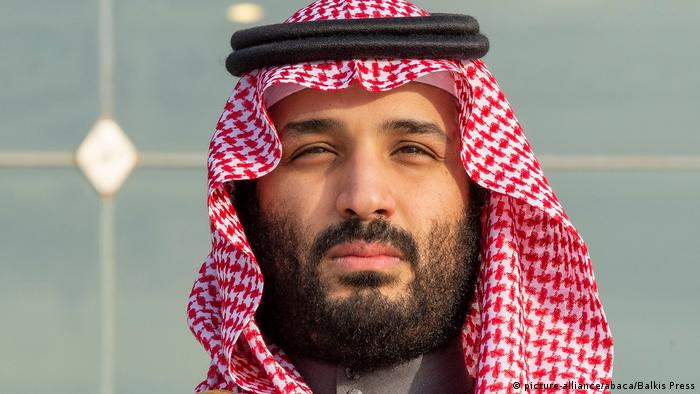 As Saudi Arabia and its close allies, including the US, look for an appropriate response to drone strikes on Saudi oil facilities in early September, what expert Guido Steinberg calls a Gulf cold war is becoming a hot war. But what are the deeper historical and religious forces that have put Saudi Arabia at the fulcrum of heightened tensions in the Gulf?

Steinberg, a senior associate for the Middle East division of the German Institute for International and Security Affairs, is synthesizing some of his decades of study on Saudi Arabia into a new book — working title: Cold War in the Gulf. An attempt to understand impenetrable Saudi power structures, Steinberg explores the country's 250-year history via three key themes: Wahhabi religious scholarship, oil, and the Saudi ruling family. 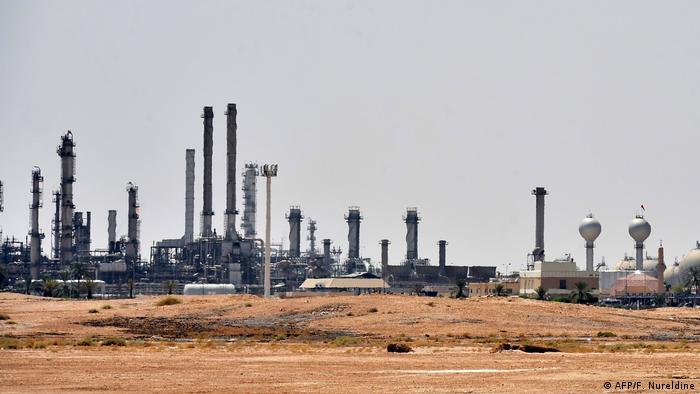 Understanding the nexus between oil, religion and the Saudi ruling family might help explain escalating tensions in the region

It is perhaps not widely known that the extremist ideology of the Islamic State was greatly inspired by the radical Wahhabi teachings that emerged from Saudi Arabia — including hatred of Shiite Muslims and the destruction of their tombs. Saudi Arabia is the nation where Mecca is located and also where Al Qaeda was born.

"Many IS leaders and many of the preachers who have promoted ISIS in Europe studied at the Islamic University of Medina, the Wahhabi Mission Center," Steinberg told DW. Islamic propagandists have increasingly promoted Wahhabism, and its purist offshoot, Salafism, as the one true form of Islam.

"Today, many Turkish Muslims in Germany believe that Islam means going to the mosque five times a day, and many parts of the doctrine that originated in Saudi Arabia are suddenly seen as belonging to the mainstream," Steinberg said. Such a doctrinaire form of Islam is often incompatible with other religious minorities or with broader secular society.

But after Saudi Arabia began producing oil in 1938 and eventually became the world's largest oil exporter, the once monolithic power of the Wahhabi scholars was gradually challenged. 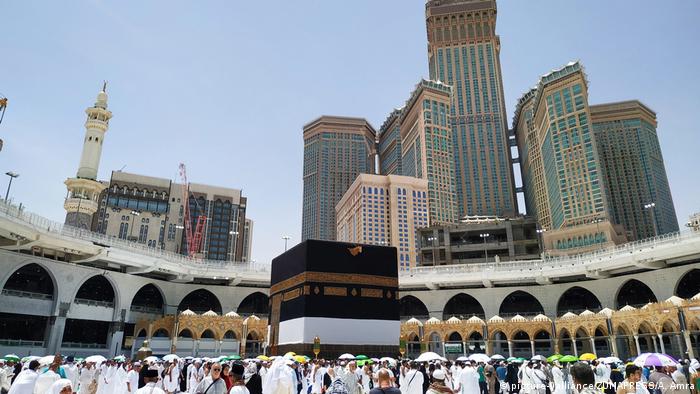 Islam's holiest shrine is located in Mecca, Saudi Arabia, a nation that has become a stronghold for extremist Wahhabi ideas

But radical Wahhabi scholars rebelled against the introduction of modern infrastructure and culture, and in 1979 and demanded a return to the old society. They wanted mud huts instead of skyscrapers. The tension continued as the price of oil dropped in the 90s and the Saudi Arabian economy almost collapsed. Saudis could no longer finance their households, and their oil-generated benefits had to cease. It was one of the reasons for the emergence of Al-Qaeda, Steinberg said.

Nonetheless, Saudi Arabia's dependence on oil is unbroken until today. The Saudi state receives 90% of its income from the state-owned Saudi-Aramco, the world's largest oil-producing group. Such reliance makes the Gulf nation extremely vulnerable to oil price fluctuations. Reforms are needed in the long term, as is recognized by Saudi Arabia's new strongman, Crown Prince Mohammed bin Salman.

Central to the question of reform is gauging the actual power of the comparatively young Crown Prince Mohammed bin Salman. "The character of Saudi Arabian authoritarianism has changed," said Steinberg. "An oligarchy dominated the country between the 1970s and 2015. Today, you only need to know two people who can make decisions."

The Middle East expert is referring to the autocratic duo King Salman (Salman bin Abdulaziz Al Saud) of Saudi Arabia, born in 1936 and currently suffering from ill health; and the active head of the Saudi government, Crown Prince Mohammed bin Salman, born in 1985.

"After the Khashoggi murder, there was a brief hope that [their power] would be weakened," said Steinberg, referring to the murder of the US-based Saudi journalist Jamal Khashoggi in the Saudi consulate in Istanbul in October, 2018. "But that does not seem to be the case."

According to Steinberg, reforms and authoritarianism are no contradiction for bin Salman. "A few years ago in Saudi Arabia, it was easy to criticize government policy. There were two taboos: religion and rulers. You could happily have constructive policy discussions. Today, you have to expect that you will land in prison for very, very weak criticism."

Can Mohammed bin Salman still succeed as a reformer?

And yet Salman may still be seen as a source of hope for the younger Saudi generation, even after the Khashoggi murder that his government allegedly ordered.

Steinberg said that the current regime has been willing to liberalize some aspects of Saudi society, including allowing women to drive cars, and to travel without the permission of a male guardian such as father or husband. Such reforms "give him support," Steinberg said of a leader who is said to be slowly breaking down an ossified system. "I believe that he really has the chance to become a great reformer, if he is economically successful," Steinberg added.

While Germany, Britain and France agreed this week that Iran was behind the attack on Saudi oil facilities in early September and called on Tehran to avoid further "provocation," Steinberg is unwilling to apportion blame. Instead, he has tried to understand how the situation has presented itself from the perspective of many cosmopolitan Saudis.

According to Steinberg, these Saudis have complained that the Iranians were now ruling four capitals: Baghdad, where Iranian influence is very strong; the Syrian capital Damascus, where Iranian militias have kept Bashar al-Assad in power; Beirut, which is controlled by Iranian-backed Hezbollah; and Saana in Yemen.

Paradoxically, Iranian influence has increased dramatically as a result of US intervention in Iraq, with the ousting of Saddam Hussein having destabilized the region.

"On the other hand, we see new alliances that we have not thought possible," Steinberg noted. "Saudi Arabia and Israel have a nearly identical Iranian policy."

Guido Steinberg is senior associate and member of the Middle East and Africa Research Group at the German Institute for International and Security Affairs. From 2001 to 2005 he worked as an expert on international terrorism in the German Federal Chancellery. He talked about Saudi Arabia as part of the International Literature Festival Berlin.

The UN envoy for Yemen has said the Houthis' offer to halt attacks on Saudi Arabia could bring an end to the devastating war in the country. News of the offer came a week after a crippling attack on Saudi oil facilities. (22.09.2019)