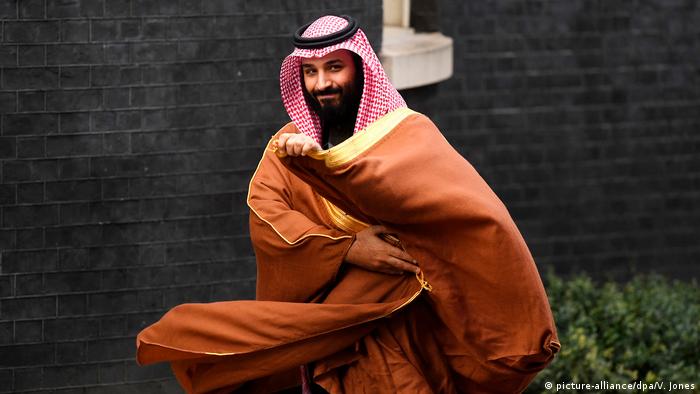 Saudi Arabia has banned the death sentence for minors, its state-backed Human Rights Commission said in a statement on Sunday. It is the latest in a series of reforms pushed forward by the Saudi royal family.

It comes a day after the kingdom abolished flogging as a punishment.

The commission said that the latest reform would ensure that no one who committed crimes as a minor could receive the death sentence for those crimes.

"Instead, the individual will receive a prison sentence of no longer than 10 years in a juvenile detention facility," the commission's chairman, Awwad Alawwad, said.

Human rights organization Amnesty International lists Saudi Arabia as one of the world's most prolific executioners, after Iran and China. In its latest report, it said the kingdom had executed 184 people in 2019, including at least one person charged with a crime committed as a minor.

Capital punishment for crimes committed by people under the age of 18 runs contrary to the U.N. Convention on the Rights of the Child, which Saudi Arabia has ratified.

"This is an important day for Saudi Arabia," Awwad Alawwad said. "The decree helps us in establishing a more modern penal code and demonstrates the kingdom's commitment to following through on key reforms across all sectors of our country."

Under the new rules, the lives of six men from the country's minority Shiite community could be spared.

There is a possible exception for people who carried out terrorism-related crimes as minors, reported AP news agency.

The conservative Islamic kingdom has no codified system of law to go with the texts making up sharia, or Islamic law, allowing individual judges to interpret religious texts and come up with their own sentences.

A program of reforms

Crown Prince Mohammed bin Salman has overseen a series of social and economic reforms aimed at modernizing the country. On Saturday, the country's Human Rights Commission announced no more convicts would be sentenced to flogging. Criminals are set to now receive fines or prison terms instead.

Despite the reforms, Saudi Arabia still practices public executions and other forms of corporal punishment such as amputation for theft.

The kingdom's rights record has also been widely criticized for the continued repression of dissidents and activists. One notable example was the brutal murder of journalist Jamal Khashoggi inside the Saudi consulate in Istanbul in October 2018.

Abdullah al-Hamid was a recipient of the Swedish Right Livelihood Award. He had been imprisoned since 2013 on multiple charges, including breaking allegiance to the Saudi ruler. (25.04.2020)