Bosnia-Herzegovina is often under suspicion of providing a particularly high number of recruits for terrorist group "Islamic State" (IS). However, its Muslim population rejects extremists. 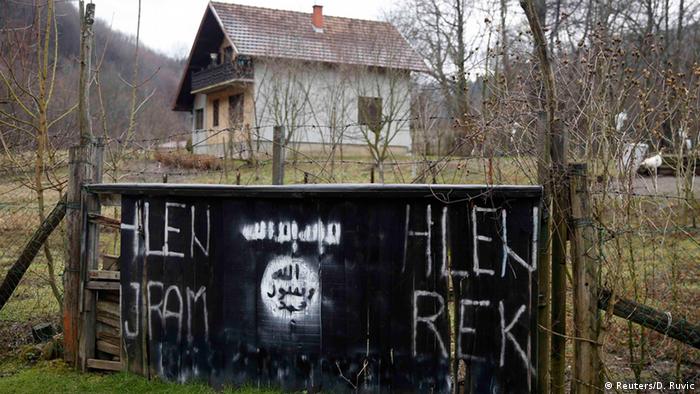 It's a provocation: again and again, banners of the so-called "Islamic State" surface in Gornja Maoca, a small village in northeastern Bosnia-Herzegovina. They are seen on one wall, then another.

Locals take pictures of those banners and send them to the press. The result is always the same: a unit of the Bosnian anti-terror force SIPA (State Investigation and Protection Agency), is deployed from Sarajevo. But by the time the force arrives in Gornja Maoca, the banners have usually disappeared. 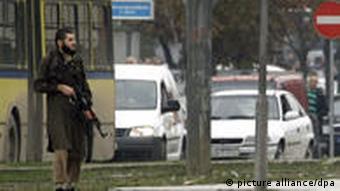 Mevlid Jasarevic in front of the US embassy

Bosnia-Herzegovina's security forces do not enjoy a very good reputation among the country's population. But when it comes to radical islamists SIPA cannot be accused of inactivity. In 2011, Bosnian Muslim Mevlid Jasarevic carried out a machine gun attack on the US embassy in Sarajevo in broad daylight. Since then, the country has been on the alert.

SIPA conducts crackdowns on a regular basis. In order to keep "travellers in terror" at bay, the Bosnian parliament adopted a law in June 2014 forbidding citizens of Bosnia-Herzegovina to take part in foreign fighting. Those who recruit jihad fighters or leave the country with that sort of recruitment in mind could face up to ten years in prison.

In the wake of Jasarevic's machine gun attack, Gornja Maoca became known across the country. Previously, no one in Bosnia-Herzegovina had been familiar with the assailant's native village. Jasarevic's physical appearance - a dense beard, a long robe - betrayed his affiliation: he was an adherent of the Wahhabi orientation of Sunni Islam, as practised in Saudi Arabia. Its supporters are sometimes called Salafists.

"This movement of Islam is at odds with the Sunni Hanafi orientation, which has been practised in Bosnia-Herzegovina for centuries," explains Enes Karic, professor of Islamic Studies at the University of Sarajevo. 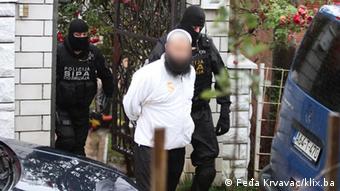 Ottoman rule began in Bosnia in 1456, which was followed by a process of Islamization in the population. According to Karic, Islam developed into an "urban" doctrine, its major interpretations emerging from "urbanized" madrasas (Islamic schools).

"In Bosnia-Herzegovina, Islam was always involved in an exchange of ideas with the country's other religions: Catholic and Serbian-Orthodox Christianity, as well as Judaism," Karic explained. By 1878, when Bosnia-Herzegovina was under Habsburg rule, Bosnian Muslims were living in a secular society in which religion played an important role, but did not dominate everyday life.

Despite that tradition, a group of radical Islamists, including the Wahhabis of Gornja Maoca, has now gained ground in Bosnia-Herzegovina. Primarily, this is a result of the Bosnian war, which broke out in 1992 and lasted until 1995. At the time, volunteers from various Islamic countries entered Bosnia-Herzegovina, supposedly joining the fight on behalf of the Muslim population.

When the war was over, not all of those Islamist fighters left the country. Many among the 2,000 mercenaries were issued Bosnian passports and went on to recruit young people for their religious struggle. 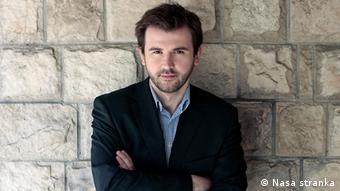 In addition, Saudi charity foundations now regard Bosnia-Herzegovina as their sphere of influence. They have poured a lot of money into the construction of places of worship, including the King Fahd Mosque in Sarajevo, the biggest mosque in the Balkans with a capacity of 4,000, which was inaugurated in 2000 and is dominated by Wahhabis.

"In local mosques, as well as among the majority of the indigenous Muslim population, the extremists encounter rejection," said Dennis Gratz, chairman of the social liberal political party Nasa Stranka. "In spite of that, poverty and poor economic prospects foster radicalization."

At the same time, Gratz suggests, several Bosnian politicians are making efforts to appease Turkish Prime Minister Recep Tayyip Erdogan. Gratz thinks Erdogan advocates a neo-Ottoman version of Turkish foreign policy, pursuing a return to conservative Islam, which seemed to be a thing of the past in Turkey.

In a study compiled on behalf of the US Military Academy in West Point, analyst Steven Oluic provided a summary of the dilemma that affects Bosnia-Herzegovina as well as the community of Balkan nations and other European countries: "Bosnia's ability to resist extremism and radical Islam is largely dependent on continued western engagement in the region."

The study also has this to say about the ability of Bosnian Muslims to face the challenge of radical Islamists: their ideologies could in theory be resisted, given that a majority of the Bosnian Muslim population rejects a radical interpretation of Islam.

The EU and Balkan countries have launched a campaign aimed at stemming the flow of fighters from southeastern Europe to join jihadists in the Middle East. At least 3,000 fighters have left Europe for Syria so far. (21.03.2015)

Italy has called for the formation of a UN military force to protect the world's heritage sites. The plea comes as Islamic State militants continue to plunder and destroy priceless cultural treasures in Iraq and Syria. (20.03.2015)

There are reports of up to 142 people having been killed in twin suicide bombings at mosques in Yemen's capital Sanaa on Friday. An unverified claim of responsibility has been made by extremist group Islamic State. (20.03.2015)