The capital of Bosnia-Herzegovina has held its first ever gay pride event amid heavy security. The event was dubbed "Ima Izac!," which roughly translates as "Coming out." 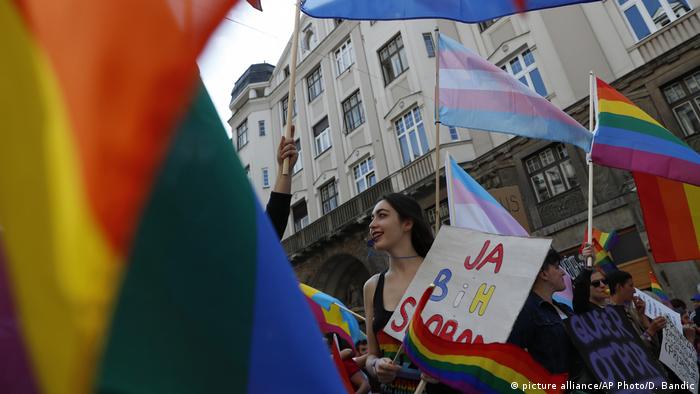 Hundreds of people in Sarajevo on Sunday defied threats of violence to march, sing and wave rainbow flags in the first gay pride event in the predominately Muslim city, with about 1,000 police officers deployed along the parade route.

Bosnia is the last of the countries of former Yugoslavia to hold a pride event. Many lesbian, gay, bisexual and transgender (LGBT) people, along with their families and friends, hope the event will help put an end to discrimination against LGBT people in the city.

Lejla Huremagic, who helped organize the event, said its message was one of solidarity and support for a society without the violence and discrimination that she said LGBT people face in Bosnia.

"If there was no violence I wouldn't be here today," she said in a speech. "This gives us strength and faith that prejudice against us will start to wane and that it will become better for all of us."

Ambassadors from the US and other Western countries took part in the march. The event has been seen as a test of whether the country can embrace values that could enable the membership in the European Union to which it aspires.

Two days before the event, the Council of Europe's commissioner for human rights called on Bosnian authorities to ensure the march could take place in safety.

No violent incidents were reported connected with the march. Two queer events in Sarajevo have come under attack from extremists and hooligans in the past. 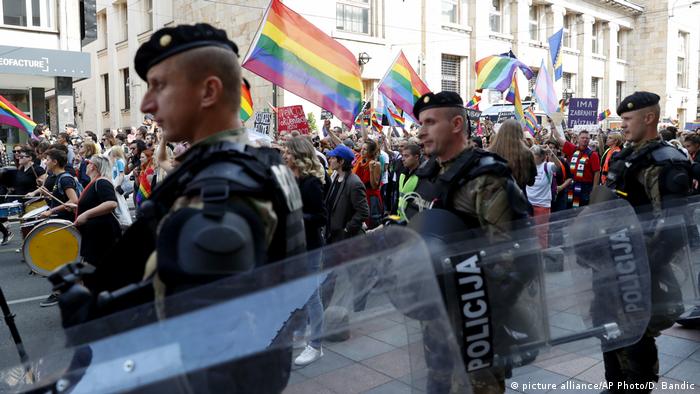 About 1,000 police officers were deployed along Sunday's parade route

About a mile from the parade route, dozens of followers of a conservative Islamic group earlier held a rally against Sunday's event. They described the pride march as a "sin" and "humiliation" for Sarajevo.

Another protesting group — the Svjetlost (Light) — called on people to rally against "un-values propagated by the LGBT community. 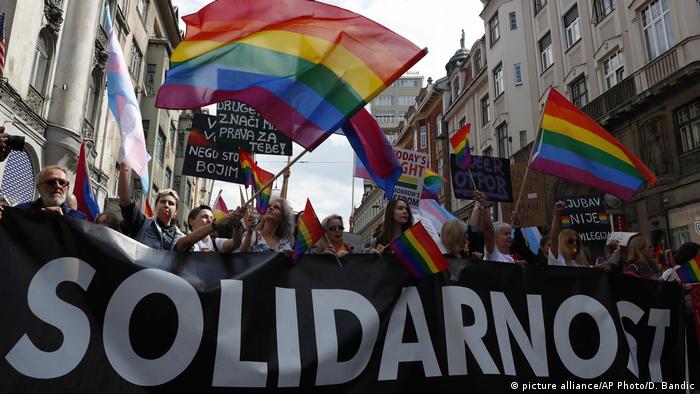 Bosnia is a deeply conservative country where Muslim Bosniaks, Orthodox Serbs and Catholic Croats maintain an uneasy peace, 24 years after Yugoslavia's civil war ended with an effective partition of Bosnia along ethnic lines.

LGBT people in Bosnia complain about widespread harassment and attacks that are rarely prosecuted.

Gay couple from Balkans now live 'without fear' in Germany

Fear of violence and discrimination is part of everyday life for the LGBTQ community in the Balkans. Same-sex couples often conceal their sexual identity. DW spoke to Haris and Lazar, who left their home countries. (30.06.2017)