Samsung's new smartphone features an enhanced camera said to be modeled on the human eye. But by getting sucked into the hype, do we risk losing sight of the bigger picture? DW's Kate Ferguson takes a look. 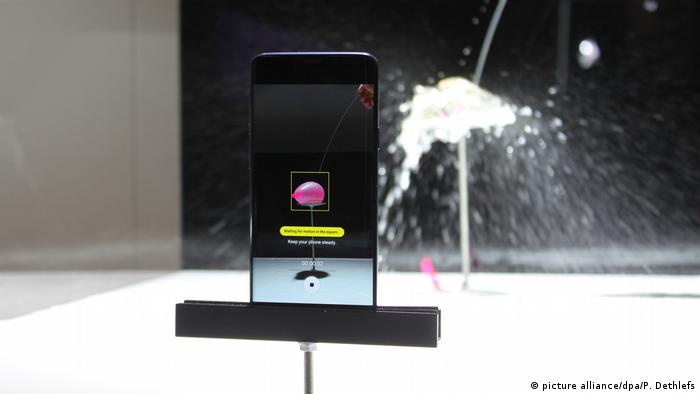 When Samsung's DJ Koh came on stage at the Mobile World Congress in Barcelona on Sunday evening to unveil his company's new phone, he told those assembled that words were out, and images were in.

Once upon a time, he maintained, the text message was considered revolutionary. These days, we send photographs, emoji and gifs — putting the camera at the center of any phone.

At least that was the message he delivered slickly, off a teleprompter.

The pregnant pauses and liberal use of weighty words like "reimagined," gave the presentation the feel of a TED talk.

And at times, you'd be forgiven for comparing the pumping music and exuberant crowd of thousands to a scene you'd encounter at a rock concert.

The problem is that, unlike your average TED talk, the unveiling of the S9 and S9+ did not present an especially inspiring message.

Nor does it seem right that the launch of a new phone should rouse the same level of passion as your favorite band might.

But these days, when any smartphone giant releases a new model, the press people jump on it as if lives are about to be transformed by its updated features.

So will the S9 and S9+ deliver any kind of revolution?

Well, the super slow-motion video is certainly fun. Many glasses of water were poured by journalists live-blogging their response to the function, which enables video to be captured at 960 frames per second, making even the most mundane action appear epic.

Developing a personalized emoji is also a pleasant diversion, though observing scores of grown men and women triumphantly presenting cartoon versions of themselves on live television can seem quite surreal. 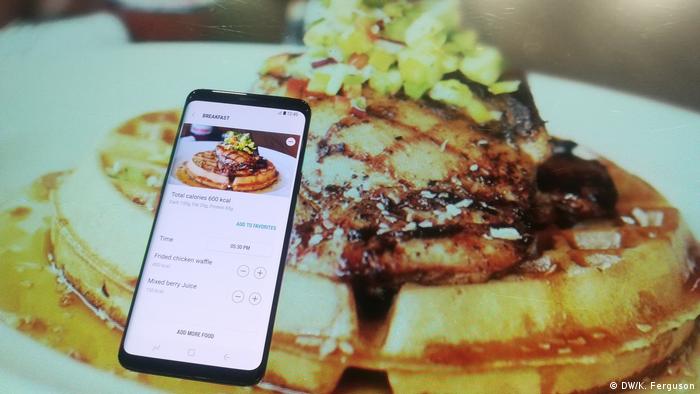 The S9 and S9+ do have some impressive features though, including an iris scan for enhanced security and a dual-aperture camera for shooting in low-light environments.

Other features can seem innovative or intrusive, depending on the kind of relationship you want to have with your smartphone. The Bixby assistant can identify what food you're eating and supply information about its nutritional content. A partnership with makeup companies, including Sephora, allows you to try on makeup virtually and order it through the camera. And a live translation function promises to make menus everywhere easy to understand.

Speaking of easy to understand, one thing that wasn't was the decision to have event staff prance about the stage brandishing the new phones as one might an Olympic torch before opening up the display area to the press.

This may have proven unfortunate for more than one reason. As the event was drawing to a close, a worried group of staff had gathered in a circle. They'd been summoning each other via walkie-talkie after it emerged that at least two S9s had been stolen from the "product experience area."

Read also: Does your smartphone know if you are sick?

"It was carnage once the curtains opened," said one woman.

"Well, where was security looking at the time?" another asked exasperated.

One answer, perhaps, is at their phone.

After all, for a company claiming to be inspired by the human eye, it's worth bearing in mind one of its essential qualities: blink and you miss it.