Mobile World Congress 2018 — no chip off the old block

Next week, tens of thousands of tech enthusiasts will flock to the annual Mobile World Congress in Barcelona to discover the latest gadgets and the companies behind them. Here's a sneak peek at what we can expect. 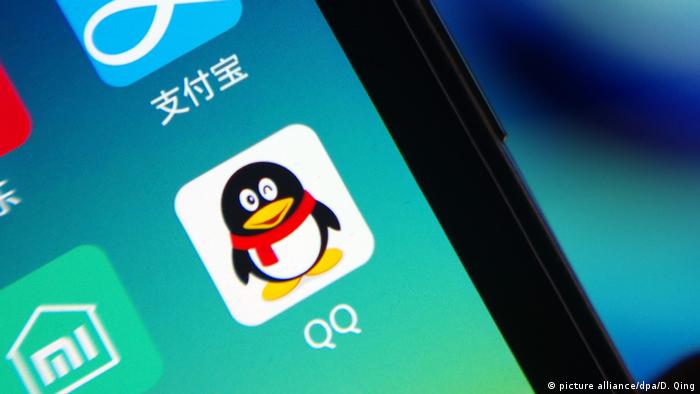 It's not all about phones but it wouldn't be the Mobile World Congress (MWC) without the launch of at least one 'flagship' device. Last year, it was the return of the retro Nokia 3310 that dominated the headlines. This year, Samsung is likely to steal the show with the unveiling of its Galaxy S9.

Several of its features have already been leaked, with the camera emerging as the main talking point. It promises super slow-motion video, variable aperture and enhanced facial recognition capabilities.

When it comes to the chip though, it depends on where you live. Devices sold in the United States and China will be powered by Qualcomm's Snapdragon 845, while the rest of the world will get Samsung's own Exynos 9810.

The latter is considered superior, so disgruntled customers in the world's two largest economies may choose to order from further afield. Widely seen as Samsung's response to Apple's iPhone X, the S9 is also likely to come with a pretty hefty price tag.

For those who aren't in the market for the shiniest smartphone, the possibilities offered by the latest generation of mobile networking might prove more enthralling.

Put simply, 5G is the name given to the technology that will enable internet that is a hundred times faster and significantly more reactive than the current 4G data transmission standard. Another key feature is that it promises to be super-reliable in crowded places.

Companies at MWC are banking on 5G to advance the capabilities of connected devices, often described as the internet of things. Whether it's smart homes, smart cities or smart farms, the range of applications is enormous.

If you're a farmer using sensors to monitor and respond to the needs of your crops for example, the sensitivity and speed offered by 5G could be the difference between a bad and a bumper crop. If you're a city-dweller whizzing about in a self-driving car, it could ensure you have a smooth instead of a bumpy ride.

One company at the forefront of 5G is South Korea's KT. It's currently using the technology to enable live 360-degree virtual reality streaming of the Winter Olympics. As a result, even the least athletic among us can experience the sensation of tearing down the slopes or performing pirouettes on the ice.

European football on your doorstep

But that's just the tip of the virtual reality iceberg. At MWC, another South Korean company, SK Telecom will be debuting technology that allows users all around the world to interact in a virtual bar while watching the same live event, be it a football match or a concert.

Sensors pick up on facial expressions, meaning there's no hiding your feelings from fellow avatars, who are of course real people wearing headsets — potentially thousands of kilometers away. "Watch European football on your doorstep," is how the company is selling it. Such technology could prove a dream come true for advertisers keen to tailor their ads to the real-time moods of human-controlled avatars.

There are some more unusual virtual reality innovations to look out for at MWC too, including in the area of psychology.

Software development company TeleSoftas, for instance, will be presenting a program that aims to help people face their fear of heights by virtually guiding them around the top of the World Trade Center in New York City.

App instead of cash - China pays with smartphones

Speaking of New York, it's not just virtual reality that will help us explore cities. Artificial intelligence (AI) is set to play an ever larger role too.

Take urban planning for instance. In the future, cities are likely not only to feature self-driving cars but also autonomous transport networks. Such developments require the collection and analysis of huge amounts of data in real time.

Technology company Teralytics, which will be exhibiting at MWC, uses machine learning to identify how people move in cities. It does so by analyzing mobile phone signals sent to cell towers. This information enables authorities to identify pressure points and to respond more efficiently to unforeseen circumstances.

"If a train is disrupted," says Teralytics co-founder Georg Polzer, "we can identify when, where and how many people were impacted and transmit these insights directly to transport operators to quickly make adjustments to the schedules. The data can also be shared with alternative mobility providers, such as ridesharing companies, to ensure that they are prepared to take pressure off the areas of disruption."

With the promise of smarter cities, smarter homes and smarter phones, you'd be forgiven for believing that the technological outlook is anything but bright. Yet even at MWC, where the theme this year is 'creating a better future,' there's an acknowledgment that it's not all rosy.

By the year 2020, there will be an estimated 30 billion connected devices in the world — and while the potential is enormous so are the risks. Back in December for instance, South Korean Bitcoin exchange Youbit went bankrupt after being hacked. And a study published this week by researchers from Oxford, Cambridge and Yale universities warned of the huge threats posed by criminal misuse of AI technologies.

How to secure the internet of things is just one of several big questions panellists will be addressing in Barcelona. After all, with big data comes big responsibility.

Mobile power to bring Rwanda's remote regions into the future

In Rwanda, 60 percent of the population have a mobile phone - but only 22 percent have electricity. Mobile kiosks now offer not only solar power but also internet access, even in the most remote corners of the country. (30.05.2017)