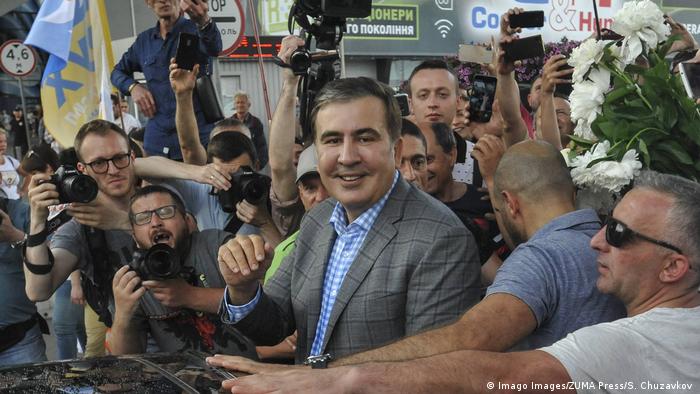 Ukrainian President Volodymyr Zelenskiy triggered a diplomatic row with Georgia by offering the post of deputy prime minister to former Georgian President Mikheil Saakashvili, prompting Tbilisi to threaten to recall its ambassador to Kyiv on Friday.

Saakashvili's new post would be "categorically unacceptable" to Georgia, said Georgian Prime Minister Giorgi Gakharia. In turn, Ukraine's Foreign Ministry commented that it was yet to receive a formal note from Tbilisi and was still regarding Georgia as a "trusted friend and ally."

From college friends to political enemies

The now 52-year-old Saakashvili took power in Georgia as a leader of a peaceful pro-Western revolution in 2003. While enjoying enormous support among voters and backing from Western countries in the early years of his presidency, his credibility was damaged when the government launched a heavy-handed crackdown against protesters in 2007. Still, Saakashvili managed to secure another term in early 2008.

Some months later, Georgia lost a brief war against Russia for control of two of its provinces. Many blamed the war on Saakashvili's miscalculations. Throughout his second term, Saakashvili's rivals continued to accuse him of trying to control the media and judiciary and of trading favors with businessmen close to his government.

The leader left Georgia for the US in 2013. In 2015, he secured Ukrainian citizenship from the country's then-president Petro Poroshenko, who was Saakashvili's friend from college. The native Georgian then started a new political career in Ukraine as a governor of Odessa. 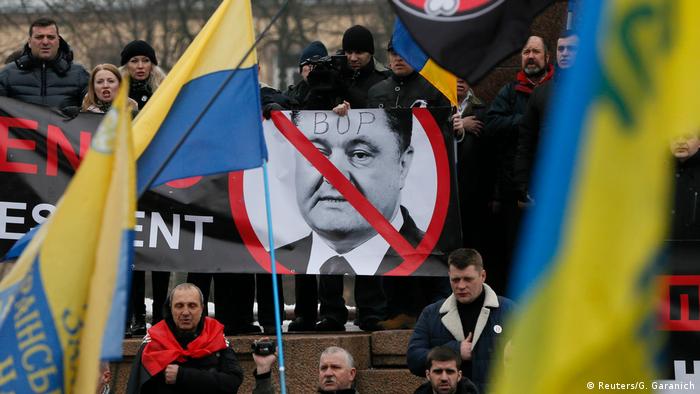 After a year and half in power, however, Saakashvili publicly fell out with Poroshenko and accused the president of trying to sabotage an anti-corruption campaign. The ensuing political war led to many intense public incidents, including a crowd of Saakshvili's supporters spectacularly breaking him out of a police car in downtown Kyiv during a failed arrest attempt in late 2017.

With Petro Poroshenko losing the 2019 election to Volodymyr Zelenskiy, the flamboyant politician is no longer targeted by the Ukrainian government.

However, Saakashvili was convicted of abuse of power in Georgia and remains a wanted man in his native country.

Talking to DW's Alexandra Indyukhova on Friday, Saakashvili said he asked by Zelenskiy to "strengthen the government's capacity for reforms." Specifically, Saakashvili hopes to battle corruption and take charge of negotiating with the International Monetary Fund (IMF) and other international institutions.

When asked about recent political developments in Ukraine, Saakashvili told DW that former President Poroshenko "was a thief and and Zelenskiy is definitely against thieves." 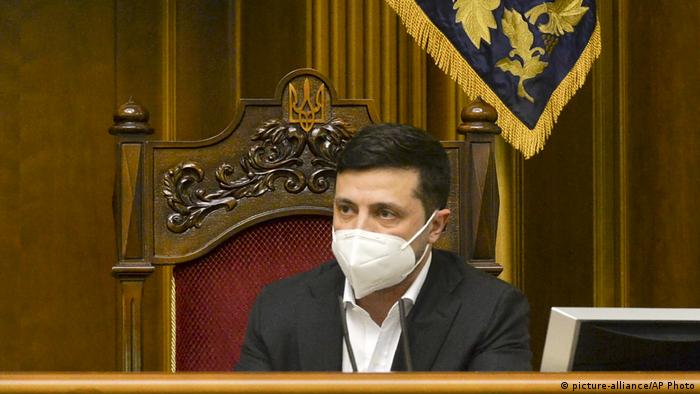 Ukraine's economy had been on the ropes for years, even before the coronavirus; new President Zelenskiy also has eastern rebels with Russian support and a corrupt system to contend with

"He is absolutely sincere in his desire to tackle the old system but right now either he will drain the swamp or the old system will swallow him," he added.

The former Georgian president also warned that Ukraine was on the brink of collapse because of the ongoing conflict in the east and the new economic crisis.

"This is a real challenge because if Ukraine's economy collapses, as it is projected, considering the separatist forces, the destabilizing impulses from Russia, we are facing a very dangerous situation — not [just] for us here, but for the entire European continent," he said.

Read more:  Ukraine conflict: Can the Minsk-2 peace deal with Russia be salvaged?

The Ukrainian parliament is due to vote on Saakashvili's appointment next week. However, some reports indicate that even the ruling party behind Zelenskiy is deeply divided on the issue.

In a key test for the Georgia's ruling party, two ex-foreign ministers are now set for a runoff showdown. Salome Zurabishvili once served as France's envoy to Tbilisi, and Grigol Vashadze is backed by Saakashvili. (28.10.2018)

Georgia has stripped former president Mikheil Saakashvili of his citizenship, more than six months after Kiev appointed him governor of Odessa in Ukraine. He has become one of Moscow's arch enemies. (04.12.2015)