Ryabkov: ′The West only hears itself, disregards alternative views′ | Europe| News and current affairs from around the continent | DW | 25.04.2018

Ryabkov: 'The West only hears itself, disregards alternative views'

While the West is angry with Russia, the feeling in Moscow is mutual. What are the chances the current slide in relations can be halted? Tim Sebastian meets Russian Deputy Foreign Minster Sergey Ryabkov.

As East-West relations are at a historic low amid Moscow's support for the regime of Syrian President Bashar Assad and the poisoning of a former Russian agent in the UK, Russia's Deputy Foreign Minister Sergey Ryabkov heavily criticized the West on DW.

"Everyone in the West tends only to hear himself or herself and disregard what the alternative view is. This is one of the most problematic trends in the overall development of so-called western democracies," Ryabkov told Conflict Zone.

He made these comments when asked why his government calls the Assad regime in Syria legitimate despite numerous human rights violations.

In January 2018, the United Nations (UN) called for Syria to be referred to the International Criminal Court (ICC) for blocking aid and medical care to millions of people. In just December of last year some 417,000 people in nine locations were under government siege, unable to receive humanitarian assistance. Only 60,000 of the some 2.5 million Syrians in "hard to reach" areas could receive aid.

Crimes against humanity in Syria

In February 2016, the UN Human Rights Council published the findings following a four-year investigation: "The [Syrian] government has committed the crimes against humanity of extermination, murder, rape or other forms of sexual violence, torture, imprisonment, enforced disappearance and other inhuman acts." 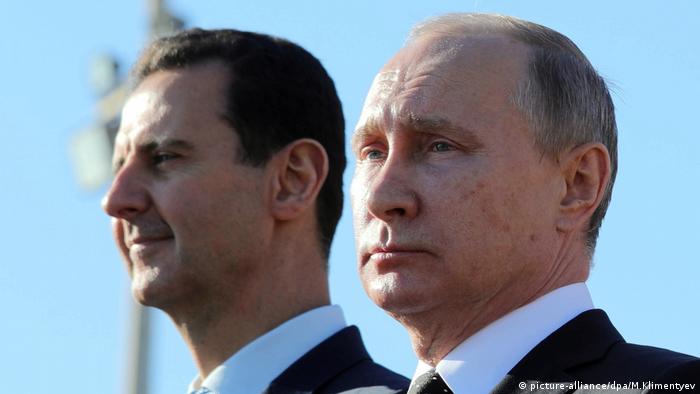 "We don't have any evidence whatsoever that President Assad and his troops and his forces have done anything of what you have told us," Ryabkov said. Russia had "a number of issues to criticize these reports."

Asked whether the Putin administration dismisses everything the UN says about Assad, Ryabkov said: "We don’t dismiss anything. We spend hours and days to explain why those conclusions and those contents of these reports are wrong in many ways."

He also criticized the UN Human Rights Council for depending on the "so-called strong guys" and said his government will "tirelessly and endlessly work towards correcting what is a very biased and politicized approach."

DW's Tim Sebastian said that in fact Russia is also one of the strong guys because it's one of five permanent members of the Security Council and has used its veto to protect Assad. Ryabkov shows no intention of changing this policy line: "We use our veto consistently and will do so also in future to protect [the] international order (…) which is so blatantly being breached by the US, UK, France and many others who don't care about anything but their alliances and their shared values so to say."

In April of this year, US President Donald Trump criticized Iran and Russia, the two governments "most responsible for supporting, equipping, and financing the criminal Assad regime." In a statement at the White House, Trump asked: "What kind of nation wants to be associated with the mass murder of innocent men, women, and children?"


Tim Sebastian put the same question to Ryabkov who responded: "The government in Damascus is a legitimate one which continues its fight against terrorism and protects its people from scourge of geo political engineering. (…) It's very enlightening to see how popular it's been for a while already for people in the US and elsewhere to talk on who is on the right or who is on the wrong side of history."

Is Russia on the wrong side of history?

On April 4, 2017, a sarin nerve agent attack was carried out on the rebel-held Syrian town of Khan Sheikhoun. More than 80 people were killed. A joint report from the UN and international chemical weapons inspectors from the Organisation for the Prevention of Chemical Weapons (OPCW) held the Assad regime responsible for the chemical attack.

Russia rejected these findings and said that the OPCW had already confirmed Syria's chemical weapons were completely destroyed under international supervision. 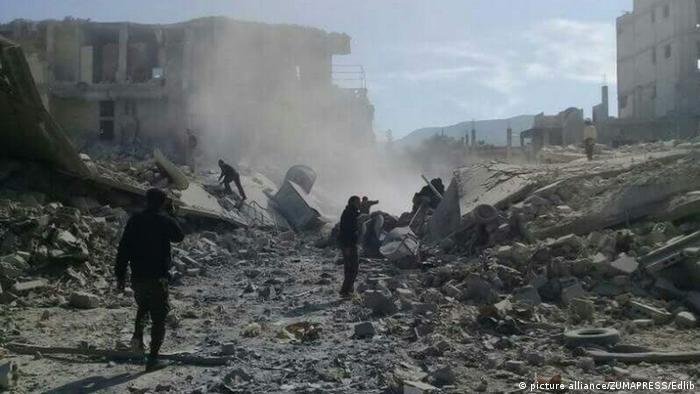 More than 80 people were killed by a sarin gas attack in rebel-held Khan Sheikhoun, Syria.

But the OPCW had only said Syria's declared stockpile was destroyed. Tim Sebastian confronted Ryabkov with this distinction: "You pretended that the OPCW had given Syria a clean bill of health when it was in fact anything but clean."

Ryabkov replied: "The answer is, the declared chemical arsenal was completely destroyed under stringent international control. (…) Subsequently, the OPCW (…) started to introduce additional questions and points which Syria was supposed to answer.”

Nerve agent attack in the UK

After Sergey and Julia Skripal were poisoned in Salisbury in the UK, Russia produced several counteraccusations against Britain, saying the UK poisoned or abducted the Skripals in a campaign to discredit and delegitimize Russia. Vladimir Uglev, an ex-Soviet scientist who worked on the chemical program during the Cold War said he was convinced the Skripals were attacked with a compound he had helped to develop. Uglev said that a similar poison had been used in the 1995 murder of Russian businessman Ivan Kivelidi.


Ryabkov said there was no clear proof of the source, saying there was “no attribution to from where it comes from. At least 15 to 20 countries around do have capabilities to produce these things. The British to conclude that something like this was used against Sergey and Julia Skripal must have an etalon, a reference sample, which no one but themselves would develop and synthesize, so it's an open secret." Ryabkov rejected that the only conclusion of this case is that Russia was behind the attack.

Aside from Russia’s support for Assad and the lack of cooperation with the OPCW, there is a larger question of the current state of East-West relations. Is there any common ground left or is a second Cold War likely?

Ryabkov said future dialogue should be based on “strategic patience. Over time when people recognize how wrong they were in all their failed attempts to change Russia, they may move to a better understanding of the new world."

Statement by President Trump on Syria