Russo-Japanese ties suffer setback over military drills on disputed islands | Asia| An in-depth look at news from across the continent | DW | 14.08.2014

Japan "strongly protested" Russian military exercises on islands claimed by both countries. But as analyst James Brown tells DW, the drills are not mainly directed at Tokyo, but rather part of Moscow's "pivot" to Asia. 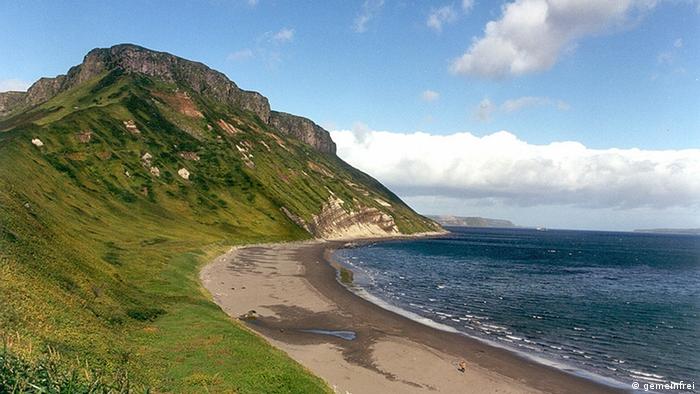 Japan lodged a protest at the Russian Embassy in Tokyo on August 13 over military exercises on the Pacific islands ofIturup (known in Japanese as Etorofu) and Kunashir (Kunashiri) off the northern Japanese island of Hokkaido, with PM Shinzo Abe saying that the drills were "totally unacceptable."

More than 1,000 Russian troops, five attack helicopters and about 100 military vehicles are involved in the event, which runs from Tuesday to Saturday, according to Japanese broadcaster NHK. The Russian-administered islands are known as the Southern Kuriles in Russia and the Northern Territories in Japan. Russia seized the islands in the waning days of World War Two, triggering a dispute over sovereignty which lasts to this day.

James Brown, an expert on Russian-Japanese relations at Temple University's campus in Tokyo, says in a DW interview that the drills on the disputed islands will only compound the current difficulties in bilateral ties which can only truly be mended when the territorial dispute is settled.

DW: Why is Japan so upset at Russia conducting military exercises in that area?

James Brown: Japan inevitably reacted strongly to Russia's exercises because the military drills included Iturup and Kunashir. These two islands - which are known as Etorofu and Kunashiri in Japanese - constitute the greater part of the "Northern Territories" that are claimed by Tokyo as an inherent part of Japanese land. 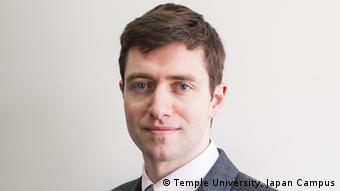 Brown: "The broader picture is that Russia is in the process of increasing its military strength in its Far Eastern regions"

According to Japan, these islands were illegally occupied by the Soviet Union at the end of World War II. The failure of Moscow to return these islands is the reason why Japan continues to refuse to sign a peace treaty with Russia. For the same reason, Japan reacted strongly to President Medvedev's visit to Kunashir in November 2010, the first such visit by a Soviet or Russian leader to the disputed territory.

Given the territorial spat, why do you think Russia decided to conduct the exercises in that area anyway?

The broader picture is that Russia is generally in the process of increasing its military strength in its Far Eastern regions. After years of decline, Russia's Eastern Military District is now receiving greater investment and is able to increase its activities. Added to this long-term consideration is the fact that Moscow is able to use these particular exercises to indicate its dissatisfaction at Tokyo's decision to follow the United States in introducing sanctions against Russia over Ukraine.

Do you believe Russian-Japanese ties may suffer a setback due to this incident?

This incident is undoubtedly a setback. If the overall context in Japanese-Russian relations had been positive, the impact of these military drills might have been more limited. As it is, however, the exercises follow Japan's introduction of sanctions and the consequent souring of bilateral ties.

The drills on the disputed islands will therefore compound contemporary difficulties. In concrete terms, as well as hampering political relations, these tensions are likely to impede bilateral trade and investment.

Japan scrambled its Air Self-Defense Force jets a record number of times between April and June to deter Russian and Chinese aircraft approaching its airspace, amid rising tensions over territorial disputes. (11.07.2014)

The leaders of the seven leading industrial nations are meeting in Brussels without Russia. And so, the Group of Eight has returned to being the G7. But the slight doesn't appear to be much of a concern for Moscow. (04.06.2014)

Japan's PM Abe has announced he would meet Russian leader Vladimir Putin on the sidelines of the Sochi Winter Olympics, an indication of the thawing ties between Moscow and Tokyo after decades of disguised distrust. (21.01.2014)

The Defense Ministry in Tokyo said in a white paper last week that Russia's military activities around Japan "are on the rise." What policy is Russia pursuing in the region and why?

It is quite true that Russia's military activities in the region are on the rise. This is not, however, primarily directed against Japan. Instead, Russia is in the process of conducting its own "pivot" to the Asia-Pacific. This involves Russia seeking a bigger role in the region economically, politically, and militarily.

Its overall aim is to see the emergence of a stable balance of power in the region with no single country enjoying predominance. Achieving this outcome involves helping to reduce the current pre-eminence of the United States and its allies, while simultaneously seeking to avoid the emergence of Chinese regional hegemony.

What is the current state of Russian-Japanese ties?

The Russian-Japanese relationship is currently in the balance. For much of the period between 2011 and 2014, bilateral ties were exceptionally positive and some began to talk of a new start in relations. This was driven by economic incentives - primarily the energy trade - and shared security concerns - above all China.

The Ukraine crisis has, however, fundamentally disrupted this trend. This is because, with relations between the United States and Russia going from bad to worse, Japan found it necessary to pause its rapprochement with Moscow and reaffirm its status as a faithful US ally.

Further to this need to prioritize relations with its key security provider, the Abe administration was also genuinely alarmed by the precedent set by Russia's forcible incorporation of Crimea. The concern is that a similar seizure of territory could be attempted by China with regard to the Senkaku Islands.

What should both countries do to try to mend relations?

Relations between the two countries will only truly be mended when the territorial dispute is settled. This is not, however, likely to happen in the foreseeable future. While Russia is willing to transfer the two smaller islands to Japan in exchange for a peace treaty, Japan remains committed to regaining sovereignty over all four islands. Since there is no possibility of Russia agreeing to Japan's demand for the return of Iturup and Kunashir, the dispute remains intractable.

Relations between the two countries will only truly be mended when the territorial dispute is settled, which is not likely to happen in the foreseeable future, says Brown

This is not to say, however, that relations cannot more generally resume their positive trend. There remain many long-term factors that incentivize closer Japanese-Russian relations and it is therefore conceivable that the relationship will continue its previous course once the Ukraine crisis has subsided.

In support of this view, it might be pointed out that Tokyo, despite condemning the Russian military exercises, has not taken the additional step of withdrawing its ambassador from Moscow.

The problem, however, is that the crisis in Ukraine is more likely to continue deepening, thereby exacerbating tensions between the US and Russia, and thus further straining Russian-Japanese ties. This being so, until we see an improvement in the situation in Ukraine, relations between Russia and Japan will continue to remain tense.