Russia′s opposition doubtful of Putin′s mercy | Europe| News and current affairs from around the continent | DW | 25.12.2013

Despite the release of Khodorkovsky and Pussy Riot members, Russia's opposition is cautious in thinking there's been a major change in President Putin's policies. 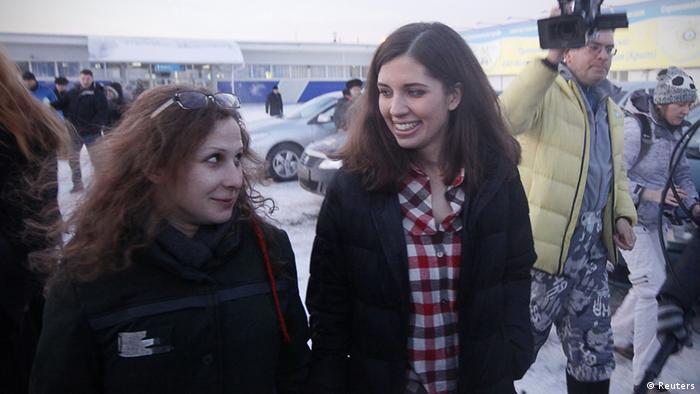 "Ten years of life taken away due to unjust sentencing … Carrying himself, throughout the whole ten years, with such tremendous dignity. What's he harbouring right now in his mind and in his soul?" opposition leader Alexei Navalny wrote in his blog shortly after Khodorkovsky's release. "Whatever he's feeling, we should congratulate Mikhail on the fact that today, he'll get to embrace his family." 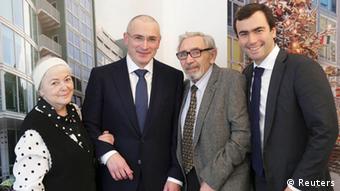 The situation is presented quiet differently in Russian state media. Here, Putin is portrayed as the winner, while it's suggested that Khodorkovsky gave in and asked the president for mercy, in doing so admitting his guilt. State television describes the former oil tycoon as a "false hero."

Brushing up before Sochi

Members of civil society are wondering why exactly Putin pardoned his most important enemy. "In past years there's been one basic principle: Khodorkovsky remains in prison as long as Putin is in power. What now? Is there a new epoch with the old principles no longer valid?" Russian poet Lev Rubinstein wrote on Facebook. 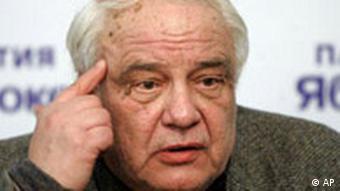 Many Russian opposition activists believe the sudden amnesty for a number of prisoners is an attempt to improve the country's image abroad. Former Soviet dissident Vladimir Bukovsky wrote on the website Snob that the Kremlin is very unhappy about the boycott of the Sochi Olympics. "The government is planning the games in order to improve Russia's image, not vice versa," Bukovsky writes.

He sees the situation as in some ways similar to the 1980 Olympics in Moscow. Back then, a campaign to boycott the games was successful in the sense that the government released a number of prisoners.

"The winter games are Putin's favorite project. When it became known that six heads of state don't want to attend, he had to do something about it - even if that meant releasing his archenemy," Svetova said.

Civil society in Russia expects Khodorkovsky and the two Pussy Riot singers to now fight for the human rights of Russian prison inmates. They confirmed this after their release, but unlike Tolokonnikova and Alyokhina, Khodorkovsky is planning to steer clear of politics. "As long as his business partner Platon Lebedev is still in prison, Khodorkovsky cannot speak or act freely, Svetova explained.

Civil rights activist Marat Gelman thinks Pussy Riot could play a decisive role here. He pointed out in his blog that they, and not Khodorkovsky, became the symbol of resistance against Putin. Khodorkovsky could engage in charity or write about his experience, Bukovsky thinks: "Many people want to know how it was. The 10 years in prison will give his memoir a lot of significance."

Concern for other prisoners

Olga Romanova heads up a civil rights group for Russian prisoners. "Is this a thaw?" she asked after Khodorkovsky's release. Svetova believes that releasing such a limited number of prisoners cannot compare to the thaw period under Khrushchev, or the large scale amnesty under Gorbachev.

"In past years, we Russian human rights activists felt betrayed by the West," said Svetova. This lost trust has been partially regained through efforts to fight for Khodorkovsky's release, she thinks. But it's important to keep up the pressure on the Russian government. "The most prominent political prisoners have been released, but hundreds of innocent people remain in prison," she said.

Former oil tycoon Mikhail Khodorkovsky has applied for a visa to Switzerland, according to the Swiss foreign ministry. The move comes just five days after he walked free from a Russian prison. (24.12.2013)

Mikhail Khodorkovsky is free – and German politicians are unusually praising President Vladimir Putin. Is this a sign of improving German-Russian relations? (22.12.2013)

Khodorkovsky says no more politics for him

Former Russian oil tycoon Mikhail Khodorkovsky has said he will not return to politics after his presidential pardon and release from prison. He also said he will not try to regain assets from his former company, Yukos. (22.12.2013)