A seaborne nuclear plant has started its journey across the Arctic Circle to supply power to a Siberian town. Russian activists warned the barge could become a "Chernobyl on ice." 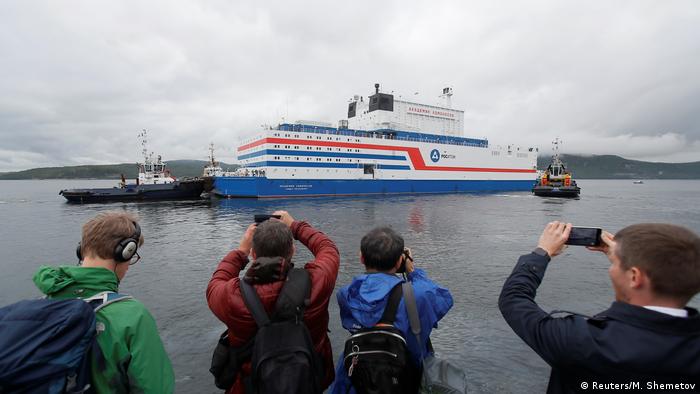 Russia launched the world's first floating nuclear power plant on Friday for a weekslong journey through the Arctic Circle, despite warnings from anti-nuclear environmental groups.

The vessel, Akademik Lomonosov, is a 140-meter (459-foot) float carrying two nuclear reactors capable of providing enough energy for a town of 100,000 people. It is to be towed 4,700 kilometers (2,920 miles) to the town of Pevek in north Siberia.

Once there, the vessel will replace the local, aging nuclear power plant and also supply power to regional oil platforms. Russian nuclear officials said that the Akademik Lomonosov will serve as a key infrastructure element in the Northeast Passage, the route connecting the Atlantic and the Pacific. The route has become more accessible due to climate change.

The platform can also be used to desalinate sea water and turn it into drinking water. 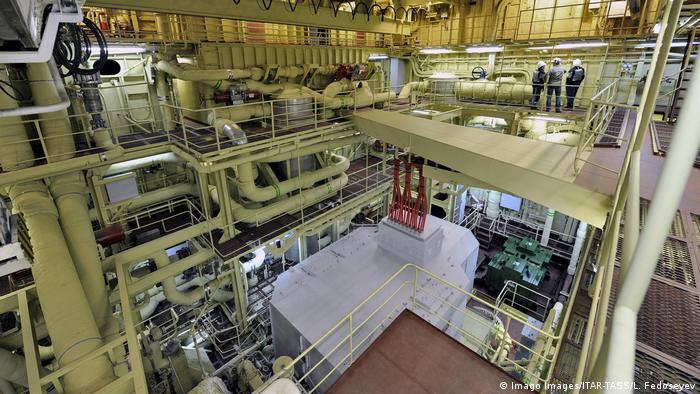 Russian environmentalists have repeatedly slammed the project. Greenpeace warns it could turn into "Chernobyl on ice" or a "nuclear Titanic," which has been labelled "scaremongering" by some scientists in and outside Russia, including Dale Klein, the former head of the Nuclear Regulatory Commission in the U.S.

Greenpeace representative Rashud Alimov warned that there might be a collision between the platform and the tugs moving it along.

"Any nuclear power plant produces radioactive waste and can have an accident, but Akademik Lomonosov is additionally vulnerable to storms," he told the AFP news agency.

The ship is loaded with nuclear fuel and would also store spent fuel abroad.

Alimov warned there was "no infrastructure for a nuclear cleanup" in Russia's far north. 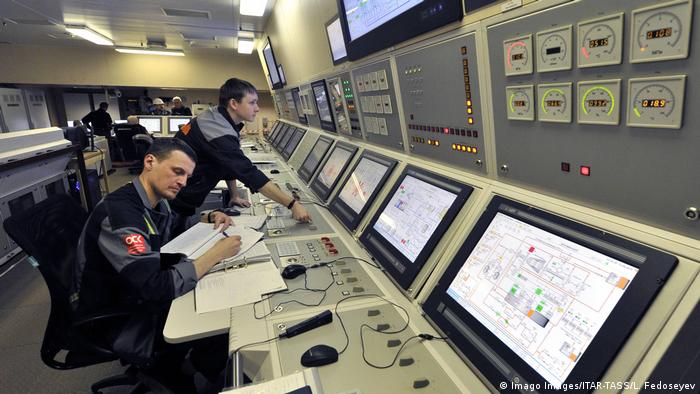 The vessel is manned by a crew of 69 people

Officials from Russia's nuclear agency Rosatom hope to sell similar nuclear floats to foreign countries within the next ten years. Indonesia and Sudan are the most interested in such a purchase, a senior nuclear energy official told the Interfax news agency earlier this month.

The Akademik Lomonosov started development in 2006. It is expected to start supplying energy to Russia's central system before the end of the year.

Meanwhile, Rosatom is already developing the next generation of floating power plants, which will be smaller and 30% more powerful.

Authorities have suggested the wildfires were started intentionally in order to cover up illegal logging. Greenpeace has expressed outrage at the way the situation has been handled. (07.08.2019)