Masked men broke in and set fire to the offices of the prominent rights group Memorial in Russia, the activists said. The arson attack comes a week after police detained Memorial's chief activist in Chechnya. 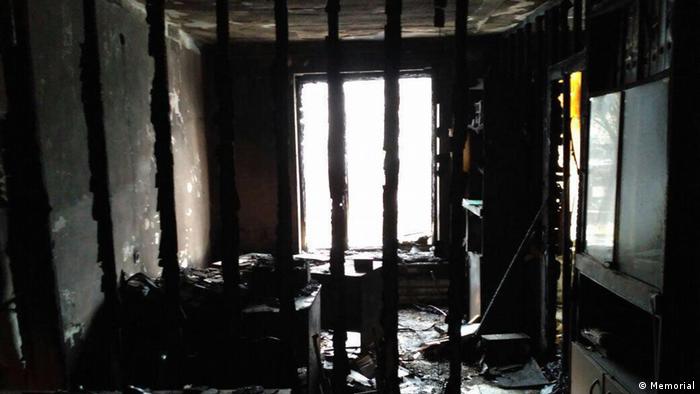 The rights group Memorial said the arson attack was a "terror strike" and part of a campaign to drive the group out of Chechnya and the North Caucasus region.

"I have no other theories: The only place we have tense relations within the region is Chechnya," Memorial's chief of North Caucasus research Oleg Orlov told the AP news agency on Wednesday.

The overnight fire damaged the watchdog's local office in the Russian town of Nazran in the state of Ingushetia, near the Chechnyan border. No one was injured.

The human rights group is engaged in a standoff with the Chechen authorities, led by controversial strongman and former guerrilla commander Ramzan Kadyrov. Memorial has repeatedly decried abuse, torture, disappearances and murders in the restive region. 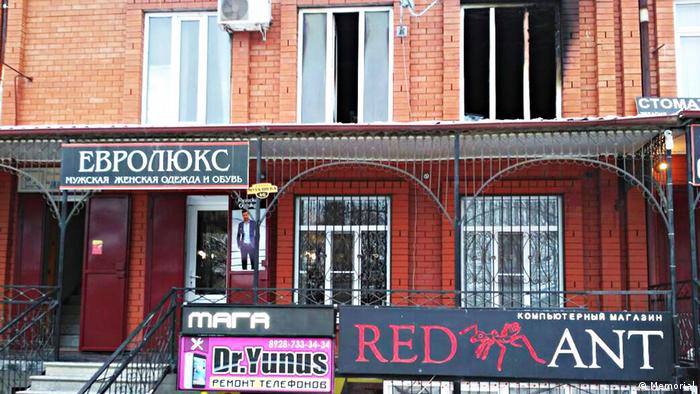 The attackers used a ladder to enter through a window

On their website, Memorial said their security cameras recorded images of two masked men arriving in a car between 3 a.m. and 4 a.m. The men approached the building with a ladder and what appeared to be a gas can. The camera recorded them climbing the building to reach the second-floor window, and also captured them leaving the scene.

Last week, Chechen police arrested Memorial's chief activist in Chechnya, Oyub Titiyev, after allegedly finding 180 grams of marijuana in his car. The 60-year-old activist claims the police planted the drugs. If convicted, he faces a jail term of up to 10 years.

Titiyev's predecessor and senior Memorial member, Natalia Estemirova, was kidnapped from her home in Grozny and murdered in 2009 while investigating disappearances and killings involving paramilitary Chechen troops. The case was never resolved. Like Titiyev, two other Kadyrov critics have recently been convicted on similar drug charges, despite both of them insisting the narcotics were planted. 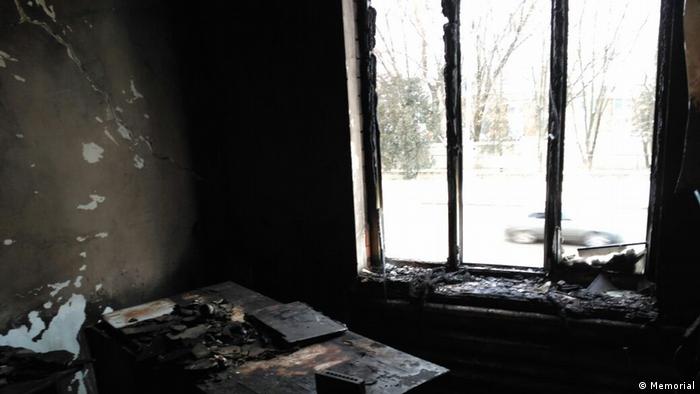 Kadyrov has dismissed the critics who claim he and his close aides are involved in high-profile crimes, including the assassination of Russian opposition leader Boris Nemtsov in 2015.

Kadyrov was once part of the anti-Russian rebels in Chechnya. He and his father switched sides in the late 1990's and the older Kadyrov was subsequently elected president of the southern Russian region. Ramzan took the reins soon after his father was assassinated in 2004 and became a close ally of Russian President Vladimir Putin. He often describes himself as Putin's "foot soldier."