At least 64 people including many children were killed in Sunday's blaze in the town of Kemerovo in central Russia. Thousands of people have been separately demonstrating against local authorities. 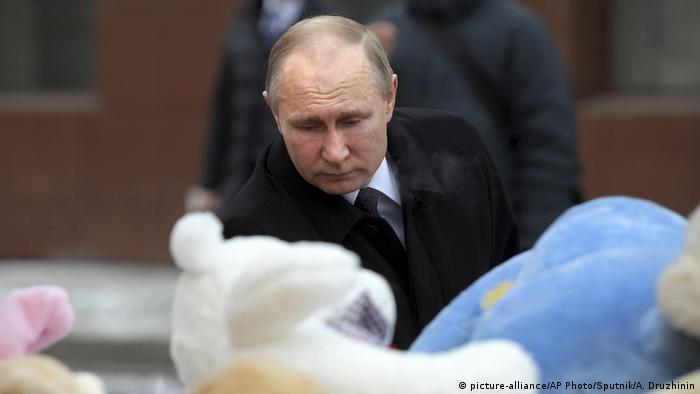 Russian President Vladimir Putin on Tuesday announced a nationwide day of morning as he visited a memorial to the 64 victims of a shopping center fire in the Siberian town of Kemerovo.

Thousands of people separately protested for senior officials to resign in response to their alleged handling of the fire, according to local media. 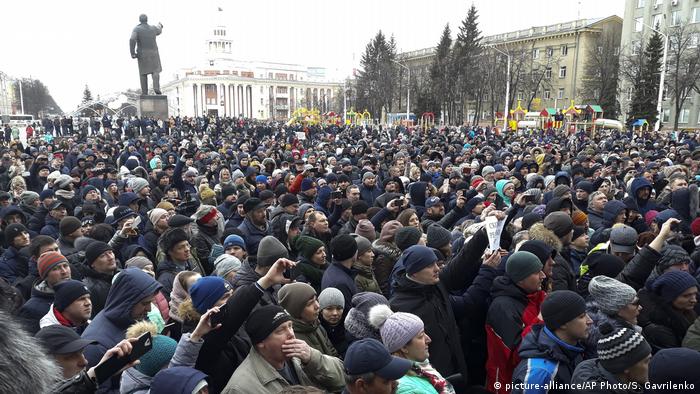 Crowds paid their respects to the victims and criticized local authorities

High death toll: At least 64 people, many of them children, were killed in Sunday's fire. More than 40 children were reportedly unaccounted for on Tuesday, while at least 13 people remained were still being treated in hospital.

Police probe: Investigators have said the mall's fire alarm system had been out of order at the time of the fire. A security guard allegedly turned off the center's public announcement system during the blaze, while illegally blocked emergency exits stopped people from escaping the building.

Four arrests: Police have detained four people, including the head of the management company that operates the shopping center and the lessee of the site where the fire is believed to have started.