Dozens of people are dead and at least 11 people are missing after a blaze at a shopping center in the Siberian town of Kemerovo. Russian authorities say the death toll was so high as "serious violations were committed." 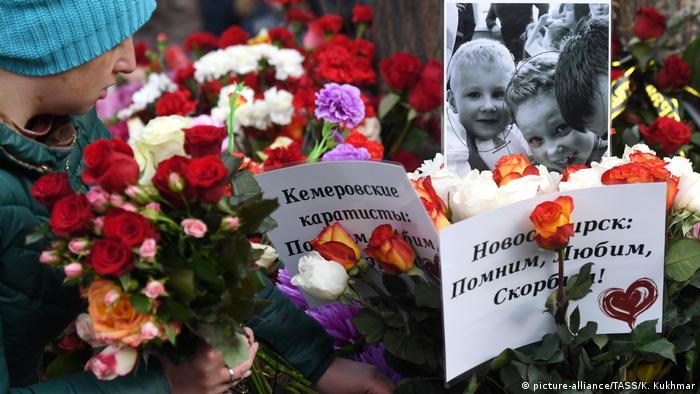 A fire tore through Winter Cherry mall in the Siberian city of Kemerovo on Sunday, killing at least 64 people. The fire broke out an hour before midnight local time and was brought under control on Monday morning.

"There were 64 people killed in the Kemerovo mall fire," said the head of Russia's emergency ministry Vladimir Puchkov, adding that six were still missing. The city of Kemerovo, a coal-mining center in Siberia lies 3,600 kilometers (2,200 miles) east of Moscow. 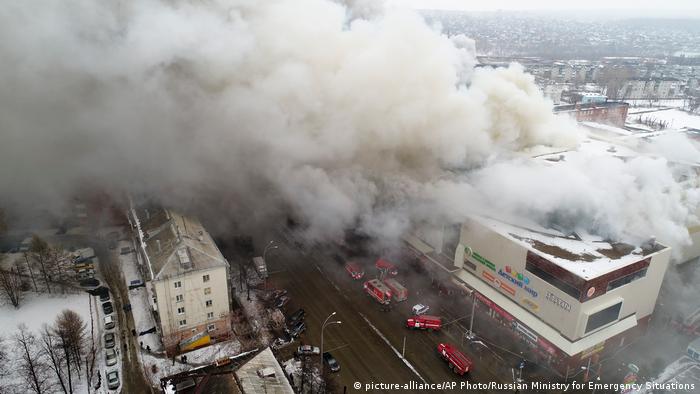 The fire reportedly spread across 1,000 square meters of the center

More than 100 people had been evacuated from the shopping center, which contains cinemas, restaurants and shops. But many people were trapped in the cinemas on the premises as the doors were apparently locked.

The fire is thought to have started from the top floor of the four-storey building and quickly spread across more than 1,000 square meters (10,760 square feet) of the center. It is not yet clear what caused the fire.

Television coverage from the scene showed people jumping from the windows of the mall, which was engulfed in black smoke.

Russia's Investigative Committee has opened a criminal inquiry and four people, including the tenant renting the premises where the fire broke out and the head of the company that manages the mall, have been arrested.

Committee spoksperson, Svetlana Petrenko said that "serious violations were committed, both when the mall was being opened and during its operation. The mall's fire exits were blocked." She also said that a security guard apparently turned off the fire alarm after learning about the blaze. 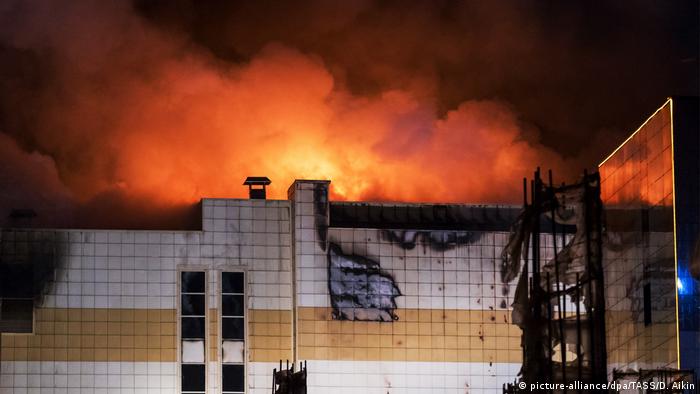 Russian President Vladimir Putin expressed his condolences in a Kremlin statement and pledged state support for the victims.

German Chancellor Angela Merkel sent her condolences. On Twitter, spokesman Steffen Seibert said "people in Germany are mourning with you. Our thoughts are with the victims and their relatives."

Multiple theories have been swirling around the origin of a bag of severed hands found on an icy Siberian island. Russian investigators now believe they have the answer. (10.03.2018)

Fire officials said there was "zero" chance trapped people would make it out alive from the charred shopping mall. The fire comes as the Philippines battles flooding and mudslides. (24.12.2017)

The blaze broke out at a partially built residential tower close to the Burj Khalifa, the world's tallest building. The Gulf city has seen several fires at high-rises in recent years. (02.04.2017)