The leaders of the breakaway Turkish-controlled region of Cyprus said an overnight explosion appears to have been Russian in origin. One official said it likely "fell" out of the sky while it was targeting an aircraft. 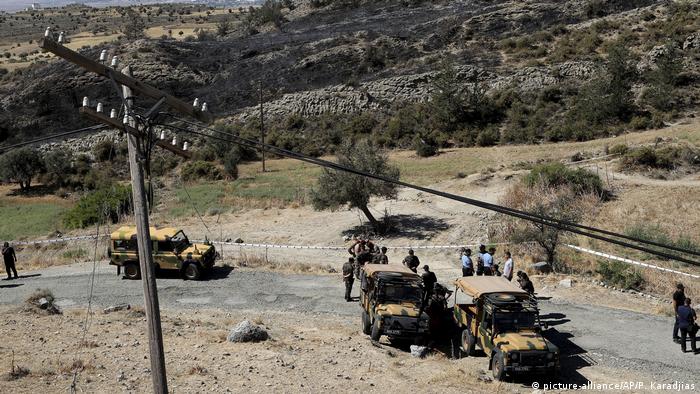 Northern Cyprus was struck by an object that appears to have been a Russian S-200 missile, Turkish Cypriot Foreign Minister Kudret Ozersay said Monday.

"The first assessment is that a Russian-made missile which was part of the air defense system that took place last night in the face of an air strike against Syria, completed its range and fell into our country after it missed," Ozersay wrote on social media.

Turkish Cypriot Prime Minister Ersin Tatar said nobody was injured in the pre-dawn explosion near the village of Tashkent. People across Cyprus reportedly heard the explosion.

Israel has not commented on the reported strike.

Cyprus in the eastern Mediterranean has been divided between ethnic Turks in the north and Greek-Cypriots in the south since a Turkish invasion in 1974. Turkey is the only country that recognizes the government of Northern Cyprus.

Russian forces are targeting critical infrastructure in Ukraine. Missiles damaged a dam on a reservoir near President Volodymyr Zelenskyy's hometown of Kryvyi Rih, putting one of the country's largest urban areas at risk of flooding.