Russian hackers use Dutch polls as practice | Europe | News and current affairs from around the continent | DW | 10.03.2017

The Dutch government, like its German and French counterparts, fears that Russia is trying to influence the upcoming election through hacking schemes and by spreading fake news. Thessa Lageman reports. It shouldn't really come as a surprise, but the audacity remains breathtaking: In the past six months, foreign countries, in particular Russia, have tried hacking email accounts of Dutch government employees in at least 100 cases. That figure was recently revealed by Rob Bertholee, head of the Dutch General Intelligence and Security Service (AIVD).

He said the hackers had attempted to gather sensitive information about government positions. One of their targets was the Ministry of General Affairs, where Prime Minister Mark Rutte's office is also located. Back in December, Rutte had already said his government was aware of potential foreign interference in next Wednesday's election. "It would be naïve to think it doesn't happen here," the Director Cyber Security at Northwave and former AIVD employee, Pim Takkenberg, told DW. "Russia has the right specialists, and it's quite easy to do."

As a precaution, after experts established that the election software security was outdated, the ballots will be counted by hand and the software will only be used as a calculation tool.

According to IT experts, Russian hacking groups APT28 and APT29, also known as Fancy Bear and Cozy Bear, are responsible for the attacks in the Netherlands. The same digital fingerprints have been found in attacks on the Democratic National Convention in the United States, and also in Germany, France and several other European countries.

"It already happened here before the American elections," says Tony van der Togt, Russia expert at the Clingendael Institute in The Hague, referring to the cyber attacks on the Dutch Safety Board in 2015 by the same Russian hackers. The board issued a report on the MH17 plane disaster, which clearly laid the blame for the shooting down of the plane and the death of 196 Dutch nationals on Russia.

Not so insignificant after all

Those instances aside, you would be forgiven for thinking that the Netherlands is too insignificant for the Russians. "The German and French elections are certainly more important," Van der Togt told DW. "But the Netherlands is an important business partner of Russia." Furthermore, he said, the country played a significant role in the sanctions regime against Russia over Ukraine, not to mention the non-binding Dutch referendum on the EU-Ukraine association agreement, which was initially rejected by Dutch voters but later passed by parliament.

"The Dutch elections are a good practice for them," Ronald Prins, co-founder of Fox-IT, a cyber security company whose clients include the AIVD and Dutch ministries, told DW. His company regularly comes across the two hacking groups. Whereas APT28 usually sends so-called spear phishing emails, hoping the target will open the link provided, thus automatically installing malware, APT29 infects a computer after someone has visited a website, allowing documents from the whole network to be stolen. 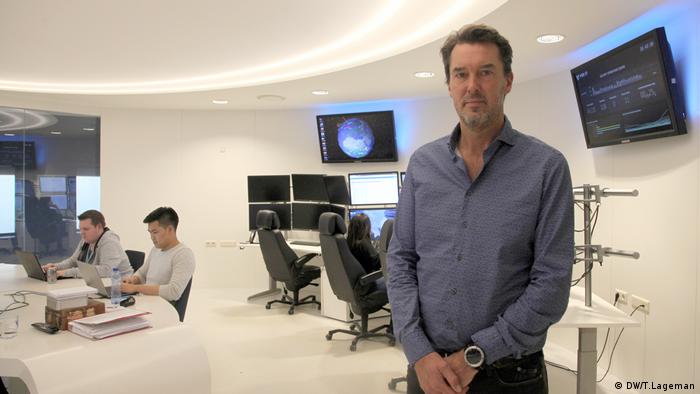 Fox-IT specializes in finding the hackers' traces, like the programmer's fingerprint, IP addresses, whether the hackers were active during Russian office hours, or if they used a Cyrillic keyboard.

It wasn't us, honest

The question remains what kind of data the hackers managed to steal from Dutch authorities this time; "I can't say anything about it," Prins smiles, although he says Russian hackers have in the past stolen information about "stuff for the military."

"Perhaps we'll see gossip from politicians' emails published in the coming weeks," Prins continues. He thinks it's only logical that Russia would support Euro-skeptic populist parties and spread fake news. "It's in Russia's interest that the EU falls apart. The more chaos the better."

Meanwhile, Russian denials are all part of the act, says Max Bader, an expert on Russia at Leiden University. "They will continue denying and don't care what the rest of the world thinks about them. It is well known an army of cyber attackers works for the [Russian] government."

Still, Tony van der Togt isn't convinced that Russia is trying to influence the Dutch elections specifically, because most parties are wary of Russia's intentions and don't want to see sanctions lifted anytime soon. Even Geert Wilders' Party for Freedom, unlike most other European populist parties, is uninterested in cultivating better relations with Russia. Van der Vogt says it can cost a Dutch politician votes if he or she is known to be supportive of Russia. "Russia isn't very popular here, especially since MH17."