Hundreds of octopuses, seals and sea urchins washed up dead earlier this month in what was first thought to be an oil spill. Russian authorities now say a natural occurrence was responsible for the ecological disaster 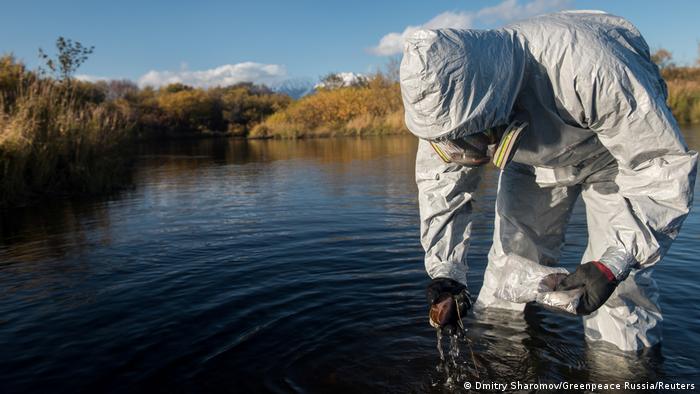 The mass death of sea creatures off the coast of Russia's far-eastern Kamchatka region was caused by a bloom of toxic algae, the country's top environmental official said Friday.

The response followed warnings of an ecological disaster after surfers who got into waters off the Kamchatka peninsula fell ill and marine life — including octopuses, seals and sea urchins — washed up dead on the shore earlier this month.

"It was the toxicity of the algae," Environment Minister Dmitry Kobylkin said in comments carried by Russian state news agency TASS, adding that it was not a man-made disaster. 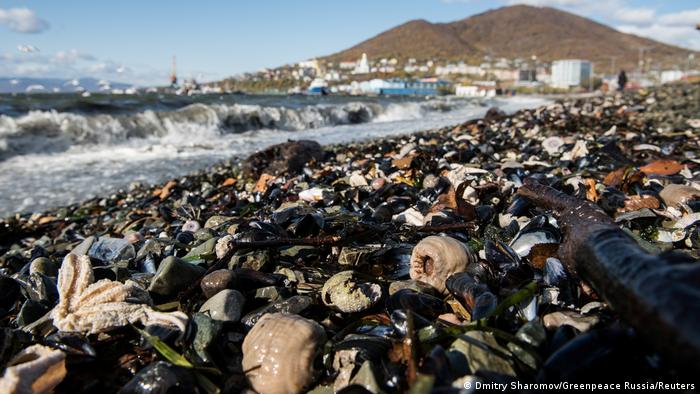 Kobylkin said that it was unclear why it had caused so much damage to the waters around the volcanic peninsula and that authorities were trying to determine what prompted the extraordinary bloom as well as a reduction in oxygen levels in the water.

AFP news agency reported that scientists had estimated that up to 95% of marine life living along the seabed in the affected area had died.

Last week, scientists said the pollution had formed a 40-kilometer-long (25-mile) slick which has been moving south towards Japan and the disputed Kuril Islands.

Environmental activists who traveled to the site said they had found yellowish foam on the ocean's surface in several places. The World Wide Fund for Nature (WWF) conservation group said the pollution appeared to be caused by a highly soluble substance.

Russia's top investigative agency, which opened a criminal case over the incident, said its initial findings have not revealed any higher-than-usual levels of human-sourced pollution such as that seen after a fuel spill.

Corroborating the environment minister's assessment, the Investigative Committee said in a statement Friday that the mass death appeared to have been caused by toxic phytoplankton.

The statement added that elevated water levels of phenols — an oil product —  were not critical and had been found in the Avacha Bay on Kamchatka's southern coast since 1970.

The incident first came to light earlier this month when the environmental protection group Greenpeace reported that surfers in the area had fallen ill after coming into contact with the water.

"In mid-September, the seawater changed its color and took on an unpleasant smell," said the statement, issued on October 16. "People reported health effects. Dead sea animals washed ashore, leaving carcasses along many of the beaches." 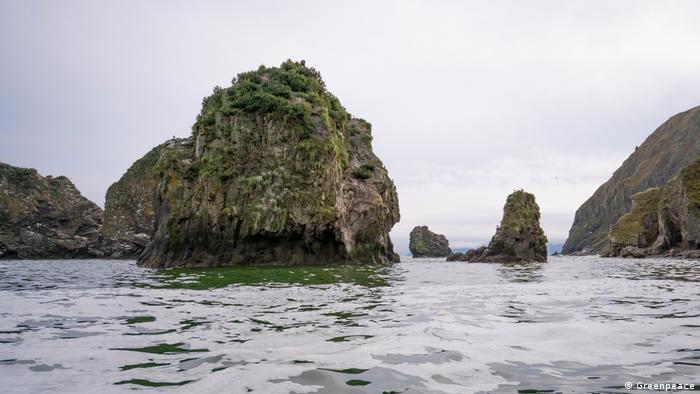 Initally thought to be pollution from an oil spill, the toxic algae was found close to the Khalaktyr beach on the Kamchatka Ppeninsula

Greenpeace said at the time that it was unsure what had caused the incident and was considering a broad range of potential factors, including natural causes, seismic or volcanic activity, and toxic waste or a fuel spill.

Other conservation activists have raised concern that the source of the pollution could be a Soviet-era storage ground for poisonous chemicals on Kamchatka peninsula that might have seeped out into the sea.

The algae bloom comes just months after a massive oil leak in Siberia and sparked a public outcry with a petition calling for an "open investigation" so far garnering over 175,000 signatures.

Kamchatka, renowned for its spectacular scenery and live volcanoes, teems with wildlife including brown bears. It is sparsely populated with just over 300,000 inhabitants.