A new species of algae is destroying large patches of once-vibrant reef in one of the most remote ocean sanctuaries on earth. Experts have warned that the phenomena could become an ecological and economic 'disaster.' 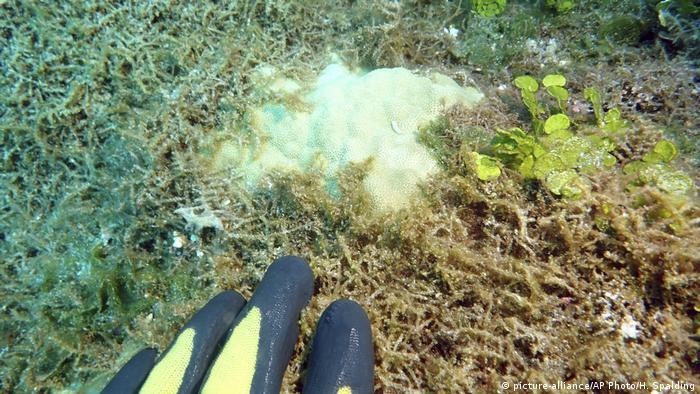 A recently discovered species of seaweed is attacking large swathes of coral reef northwest of Hawaii and is spreading more rapidly than ever seen before, a group of researchers said on Tuesday.

The study, conducted by the University of Hawaii and others, said the aggressive seaweed species is a "highly destructive seaweed with the potential to overgrow entire reefs."

According to the researchers, the algae easily detaches and rolls across the ocean floor like tumbleweed, covering nearby reefs in thick vegetation, depriving the coral of sunlight, nutrients and space.

"Everything underneath of it was dead … We need to figure out where it's currently found, and what we can do to manage it,'' said Heather Spalding, a biologist and co-author of the study published in the journal PLOS ONE.

The phenomena is causing havoc in the once unspoiled, remote coral reefs in the Northwestern Hawaiian Islands, a unique nature reserve that stretches more than 2092 kilometers (1,300 miles) north of the main Hawaiian Islands.

'As far as the eye could see'

Government researchers conducting routine inspections of the Pearl and Hermes Atoll in 2016 said they discovered small clusters of seaweed they had never need before.

Fast forward three years, they returned to find algae had taken over massive areas of the reef. In some parts, the algae covered "everything, as far as the eye could see," with seaweed almost 20 centimeters (8 inches) thick.

The researchers also noted that tropical fish and other marine life that typically frequented the area to graze on seaweed were no longer present in the area.

Individual mats of seaweed were as large as several soccer fields, the scientists said, adding that the actual seaweed coverage area is likely to be much larger than documented because they couldn't survey the expansive sites during their short expedition. 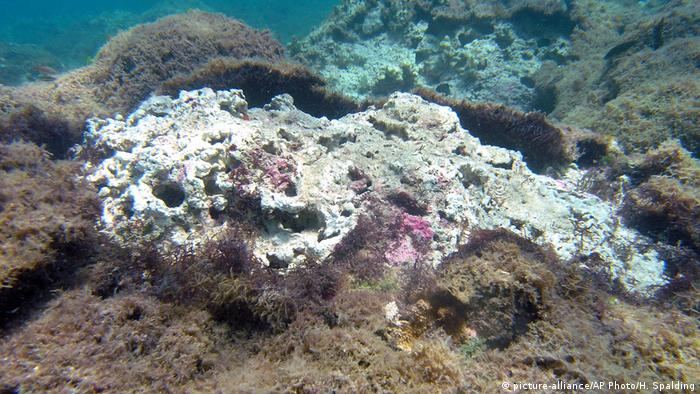 The new species of seaweed is attacking large swathes of coral reef northwest of Hawaii.

The uninhabited Pearl and Hermes Atoll is located in the mid-Pacific, approximately 3,200 kilometers from Asia and North America.

The atoll is in the 1.6 million-square-kilometer Papahanaumokuakea Marine National Monument, one of the world's biggest protected marine environments.

Hawaii's main islands have a number of known invasive seaweeds, but cases in the remote northwest are a rarity.

"We have, not until now, seen a major issue like this where we have a nuisance species that's come in and made such profound changes over a short period of time to the reefs,'' said University of Hawaii Professor Alison Sherwood, chief scientist on the study.

Researchers are still trying to uncover what is behind the phenomena. In other parts of the world, algae blooms often occur because fish that eat the plants have been harvested or forced to relocate as a result of environmental changes. But fishing in the area is prohibited. 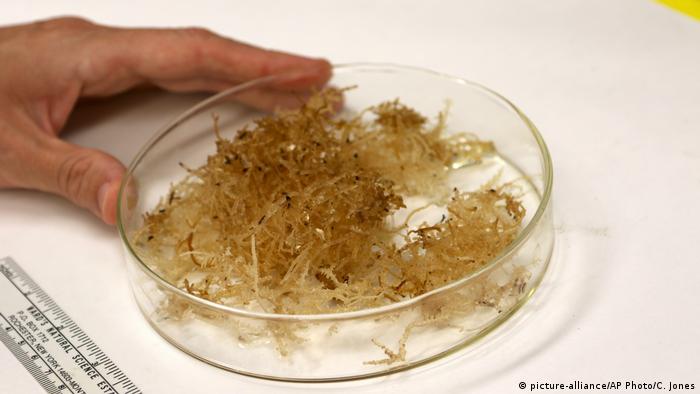 Researchers are still trying to uncover what is behind the phenomena.

The study also suggested that the algae could be native, having lived in small, unseen crevices before a change in conditions caused it to bloom.

Officials said that the first step is to ensure anyone studying the seaweed doesn't end up spreading it elsewhere.

"If something like this got back to Waikiki or anywhere in the main Hawaiian Islands it would be an ecological disaster, but also an economic disaster," said Randall Kosaki, the NOAA's Deputy Superintendent of the Papahanaumokuakea Marine National Monument, to the Associated Press.

"You can imagine what that would do to tourism to have an algae like this overgrowing the reefs," he said.

Brazil's navy is hoping to intercept the heavy crude before it reaches a marine nature preserve. The country's state-run oil firm Petrobras has said the oil came from Venezuela. (30.10.2019)