Russian officials have accused the US of enacting "aggressive plans to actually seize territories of other planets." US President Trump said Americans have "the right to engage in commercial exploration" in outer space. 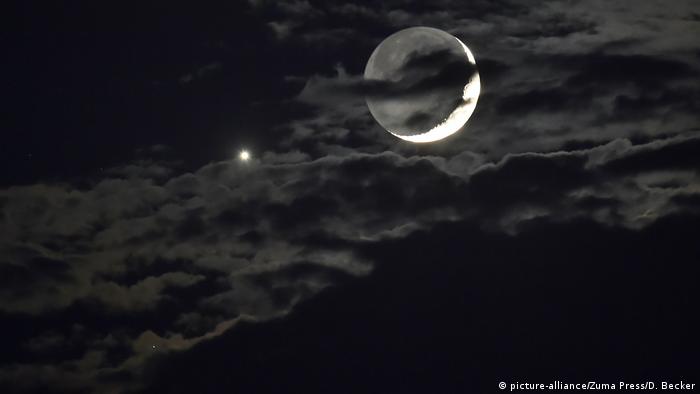 Russian officials on Tuesday criticized a US executive order paving the way for the exploitation of off-earth resources.

Kremlin spokesman Dmitry Peskov said it would be "unacceptable" for the US to unilaterally privatize space.

Roscosmos deputy director Sergei Saveliev went further, arguing that the order would allow the US to occupy off-earth territories. He said it undermined the spirit of international cooperation in space.

US: 'Outer space is not global commons'

US President Donald Trump on Monday signed an executive order establishing US policy on the exploitation resources in space.

"Americans should have the right to engage in commercial exploration, recovery and use of resources in outer space, consistent with applicable law," the order said. "Outer space is a legally and physically unique domain of human activity, and the United States does not view it as global commons."

Trump also tasked the US State Department with negotiating "bilateral and multilateral arrangements with foreign states regarding safe and sustainable operations for the public and privacy recovery and use of space resources."

US space policy is aligned with the 1967 Outer Space Treaty, which the White House argues allows for the commercial exploitation of off-earth resources, including those discovered on the moon or other celestial bodies.

Attempts to establish international jurisdiction over celestial bodies, such as the 1979 Moon Treaty, have failed to muster support from space-faring countries, including the US and Russia.