Moscow has confirmed the closure of the Storskog border crossing. The announcement comes a day after Oslo said it was temporarily suspending its controversial return of migrants to Russia. 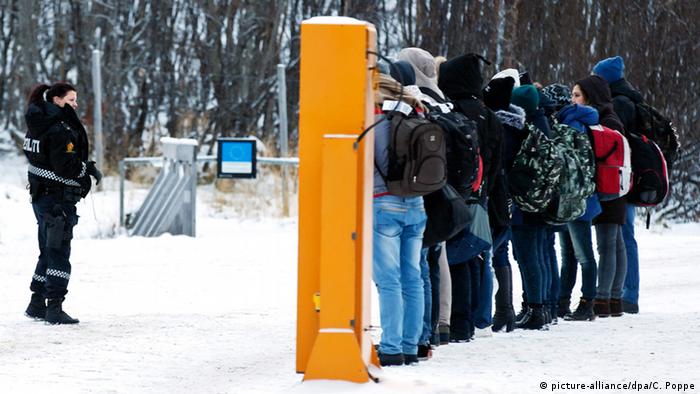 "The steps taken by Russia were dictated by security reasons and based on bilateral agreements with Norway," Zakharova said.

In a statement issued on Saturday, the Norwegian foreign ministry said it would not be returning migrants to Russia "until further notice."

Norway said that many of the 5,500 migrants that entered the country in 2015 via the border crossing had arrived in Russia legally and carried valid Russian visas or residence permits.

"The Russian border authorities want more coordination over these returns," the statement said.

Exceptions will be made, however, for migrants who meet the criteria of an earlier agreement under which Moscow is obliged to readmit them if they do not fulfill Norwegian immigration laws.

Although Norway is not within the European Union, it is a member of the Schengen passport-free travel zone.

Many migrants make the arduous crossing through the arctic by bike as Russian authorities forbid people crossing the border on foot. Norway also considers people driving migrants across the border in a car or truck to be traffickers.

Rights groups have previously expressed outrage at Norwegian authorities after Oslo ordered migrants to return by bike in winter, when temperatures in the far north regularly fall as low as -20 degrees Celsius (-4 Fahrenheit).

The Norwegian Directorate of Immigration (UDI) came under fire again on Tuesday after announcing its controversial move to bus asylum seekers back to the Russian border. It was not immediately clear, however, where the asylum seekers would be housed once they were returned to Russia.

Under the proposal, family reunifications would only be possible after the applicant had acquired four years of work or education in Norway.

The government would also issue voucher cards instead of cash for day-to-day items to prevent applicants from sending money to family back home.

Norwegian authorities have begun a controversial new practice of using busses to transport asylum seekers back to Russia. The move has sparked a hunger strike among some migrants opposed to leaving Norway. (20.01.2016)